English football has always had a weird type of superiority complex when it comes to the FIFA Club World Cup.

Somewhat unsurprisingly, travelling half-way across the world for two matches in the middle of the busiest month of the footballing calendar can ruffle some feathers.

The case this year is most certainly not helped by the fact Liverpool fielded at best a ‘C team’ of youngsters in their 5-0 Carabao Cup quarter-final defeat by Aston Villa on Tuesday night, a day before their opener in Qatar.

However, when you delve deeper, English clubs have on the whole been notoriously unsuccessful in a competition which many feel is simply a longed out trophy procession for the European champions.

One English victory in four makes for pretty bleak reading. But why is this the case? 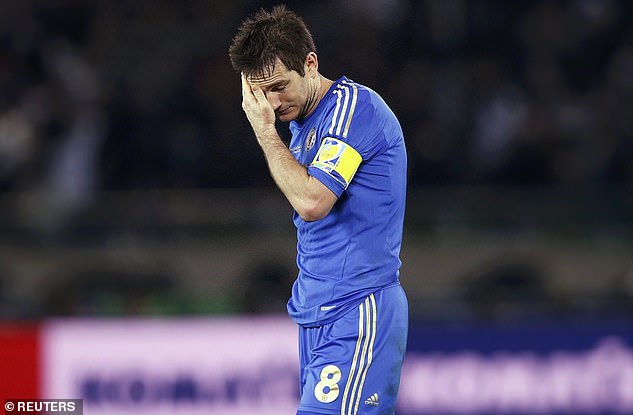 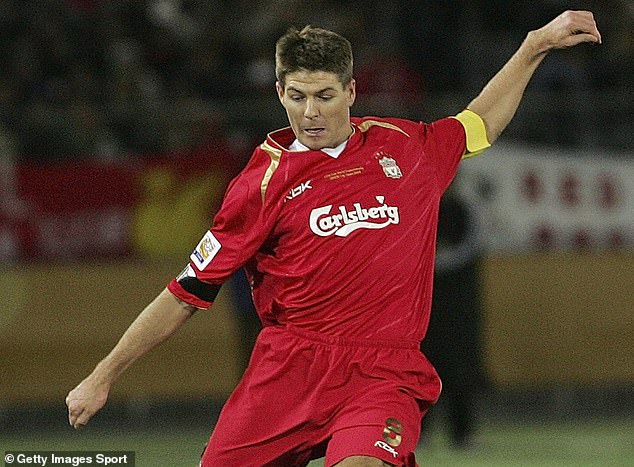 Steven Gerrard led a Liverpool team in the 2005 edition, but they also fell short in the final

Former Liverpool defender Stephen Warnock played for Liverpool in the 2005 edition in Japan, starting the 1-0 defeat by Sao Paulo in the final.

‘It was the time difference,’ Warnock, speaking in association with GentingBet, told Sportsmail.

‘I remember when we got there, Rafa Benitez made us wear sunglasses, and we had to make sure we stayed in a certain time-zone.

‘I was rooming with Scott Carson, and remember waking up at 2am, and Carson was there on his laptop because he couldn’t sleep. So we went for a walk, and the whole team was up and about!

‘It took a long time to adjust and you probably adjust to it the day you’re leaving – the day after the final.’

Nonetheless, the uniqueness of the competition definitely tests the adaptability of a group of players, similar in many ways to a pre-season tour.

Factors such as high humidity, a temporary change in body clock as well as a naivety of an unknown quantity from another continent should all be taken into account. The latter should not be a problem though.

‘Now teams can use Wyscout and watch any team in the world,’ Warnock explained.

‘The information you can get on players is so much more vast than it was in 2005, so Liverpool can’t make excuses – deal with it and get on with it. 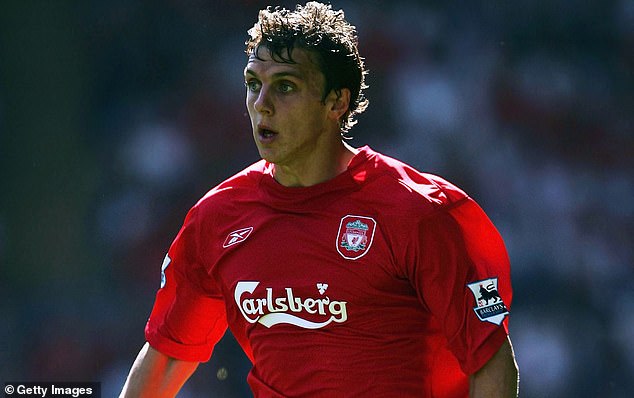 Stephen Warnock made 67 appearances during his time at Liverpool, from 2002 to 2007

‘The heat in Qatar, how hot is it going to be? How much does that take control?’

But does it come down to a question of attitude, more so than any other factors?

Perhaps, when you consider the genuine importance of the event for clubs outside of Europe, particularly from South America.

The Copa Libertadores winners, this year Flamengo after a dramatic last-minute victory against River Plate last month, have always seen the competition as their one and only chance to get one over on Europe.

In fact, Flamengo famously beat a Liverpool side which included Kenny Dalglish 3-0 in Tokyo in the 1981 Intercontinental Cup – the pre-cursor to the Club World Cup which simply pitted the South American champions against the European champions. 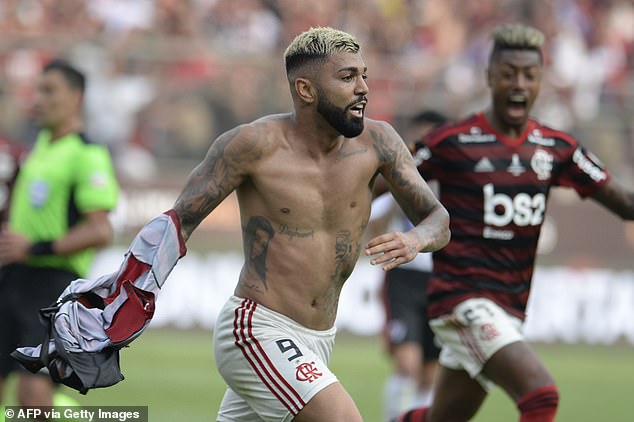 Generally, the very best from Brazil, Argentina and the rest are swooped up by European powerhouses for the peak years of their career, before they return home for a nostalgic phase before retirement.

Why would this not be the case? After all, European football – supposedly – has more quality, drama and most significantly, more money.

Call it whatever you like: a chip on the shoulder, a stockade mentality, or simply a higher will to win. When South American clubs come up against English clubs in particular, recent history tells us the supposedly superior Premier League squad is usually the one that falters.

‘The Flamengo manager [Jorge Jesus] has won the fans over with the style of football they play,’ said Warnock, who commentated on that final against River Plate for the BBC. 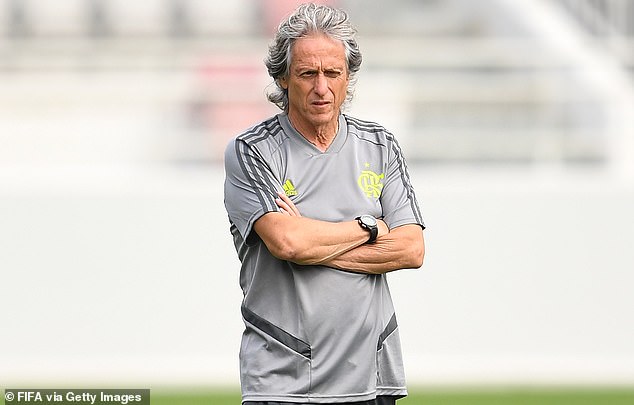 ‘He’s the ex-Benfica and Sporting Lisbon manager, and he’s taken a different style of play to Brazil – it’s high-pressing.

‘It is different to how Brazilians are used to playing – flair, off-the-cuff football.

‘You still feel Liverpool with a good footballing surface… that’s one thing we didn’t have in Japan. The surface was poor.

‘We couldn’t play the type of football we wanted to play. So hopefully in Qatar if it’s a good surface, they’ll have far too much.’

Low and behold, reports emerged on Monday of concerns about the state of the pitch at the Khalifa International Stadium, as well as heavy rain and thunderstorms.

In the inaugural edition of the current competition, in 2000, Manchester United travelled to Brazil with every expectation of bringing home the trophy after their heroics in ’99.

What’s more, in a scenario unavoidably similar to Liverpool’s predicament this year with a domestic cup, United opted not to defend the FA Cup in order to participate.

And yet, when push came to shove, United returned home empty handed, with just a solitary win against South Melbourne in three group games which included a 3-1 defeat against Brazilian side Vasco da Gama to show for their exertions.

English football’s only triumph in the competition came in 2008, and even that was slim for United. Cristiano Ronaldo and Co won 1-0 in the final, against LDU Quito from Ecuador, courtesy of a late Wayne Rooney goal. 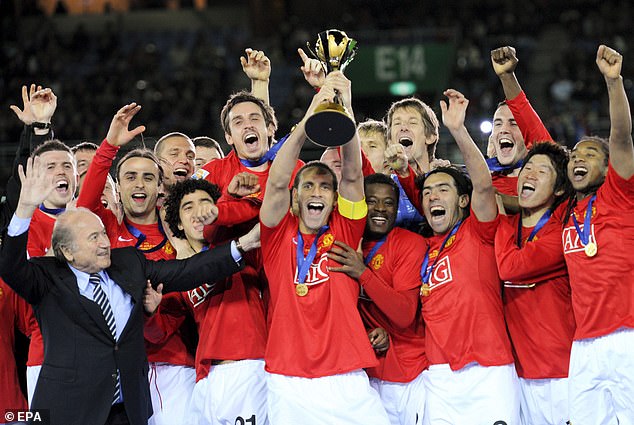 Most recently, in the 2012 edition, Chelsea slumped to a one-goal defeat against Corinthians in Yokohama. In fact, it is the last time the European champions haven’t won the competition.

Liverpool in 2005 were somewhat unfortunate against Sao Paulo. The Reds dominated large portions the game, with legendary keeper Rogerio Ceni playing out of his skin in order to keep the Reds at bay. Still, another English disappointment. And make no mistake, it was genuine disappointment.

‘I was absolutely distraught when we lost the final,’ Warnock admitted. 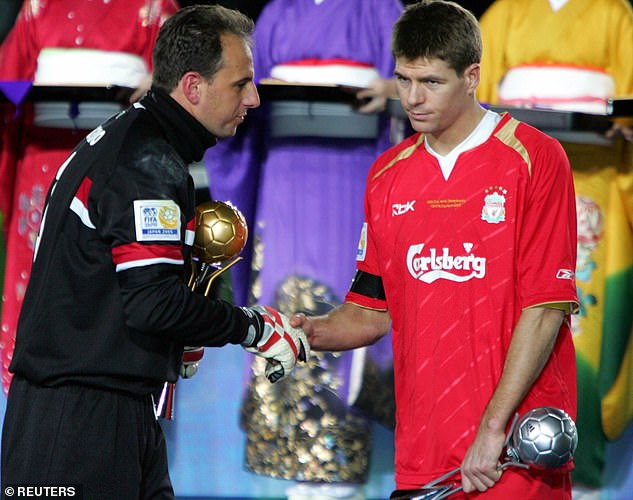 ‘I remember crying in the changing rooms after thinking ‘this is the only chance I’ll probably ever have to win that type of trophy.’ I was absolutely gutted and I know the rest of the players were.

‘If you think of the teams Liverpool have had throughout the years, they’ve not been able to bring that trophy home, so the players will be absolutely desperate.

‘This is an opportunity to win a competition the club hasn’t won before, and a chance to go into the history-books.’

So, there will be no underestimating their opponents when the indomitable Premier League leaders take on Mexican side Monterrey in Wednesday’s semi-final in Doha. 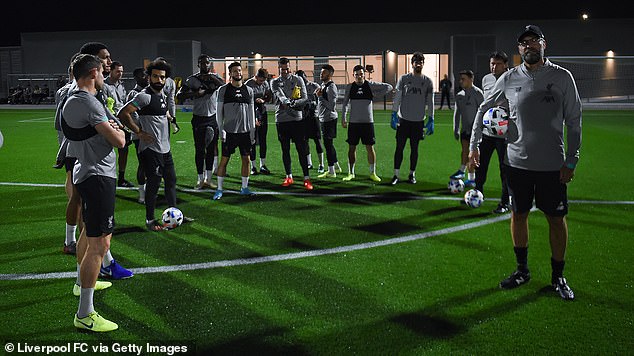 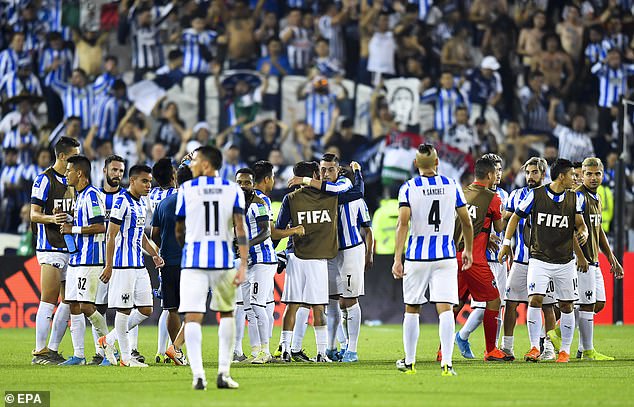 Jurgen Klopp has spoken consistently of his desire to win the competition, primarily due to the prestige on offer – to be called world champions.

The German’s desire does seem genuine, given he agreed to the EFL Cup date, and behind closed doors Klopp won’t be overly fussed about avoiding a two-legged semi-final in January – assuming the teenagers don’t cause a massive upset at Villa Park.

But with this stance comes a risk. An injury here, a lacklustre performance there, maybe even a second loss of the season and the knock-on effects are palpable, not least when you consider the next game is second-placed Leicester City away on Boxing Day. 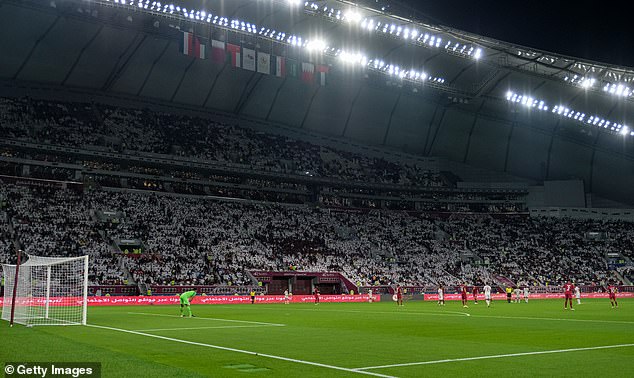 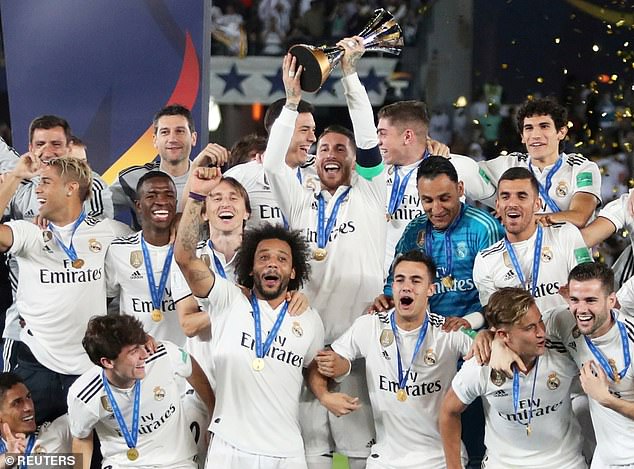 And thus, at the Khalifa International Stadium over 3,000 miles away from Anfield in mid-December, the European champions are sure to come out all guns blazing.

‘Why not? Why not have the feeling to say you’re the best club team in the world?’ concludes Warnock.

Players compete to win trophies – that simple fact alone makes the Club World Cup a significant event. If they don’t know it now, they certainly will come Sunday if they’re not flying home as world champions.