An elderly man who managed a Melbourne brothel where a teenage girl was being sold for sex has walked free from court.

Xiang Zhang, of Doncaster, faces a swag of child sex exploitation charges amid accusations he put up a 16-year old for sale.

Zhang was in charge of Heidelberg Angel in September last year when police stormed the premises and rescued the child.

Xiang Zhang, 60, of Doncaster leaves Melbourne Magistrates’ Court on Wednesday. He is accused of employing a 16-year old as a sex worker at the Vernon Street brothel 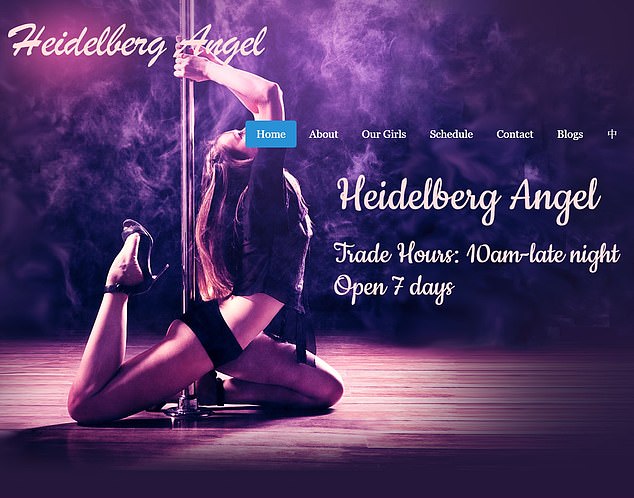 The 60-year old appeared in the Melbourne Magistrates’ Court on Wednesday with the help of an interpreter.

The court heard Zhang had not even been placed on bail by police following his arrest late last month.

Instead, he was summonsed to appear before the court alongside a 32-year old man and a 50-year old woman.

His co-accused Cheng Li and Ying Yang also remain free in the community after also being released on summons.

It is understood the alleged victim had worked at the Vernon Street brothel – 10kms northeast of Melbourne – between August and September last year.

However, they were not charged until March 25.

The two men were also charged with failing to have supervision of a brothel.

The brothel promotes itself to largely to Asian clientele. 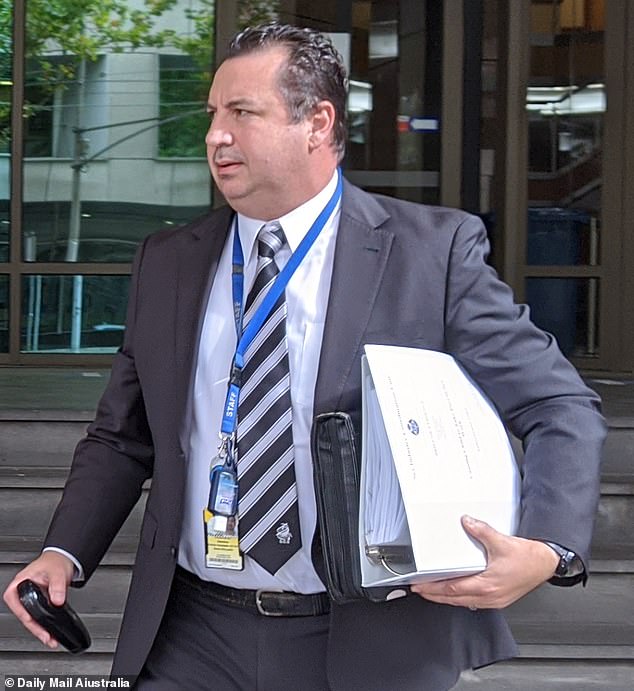 Leading Senior-Constable Glenn Holland has brought the charges against the alleged child pimps. He charged the group on summons late last month as Victorians went into COVID-19 lockdown 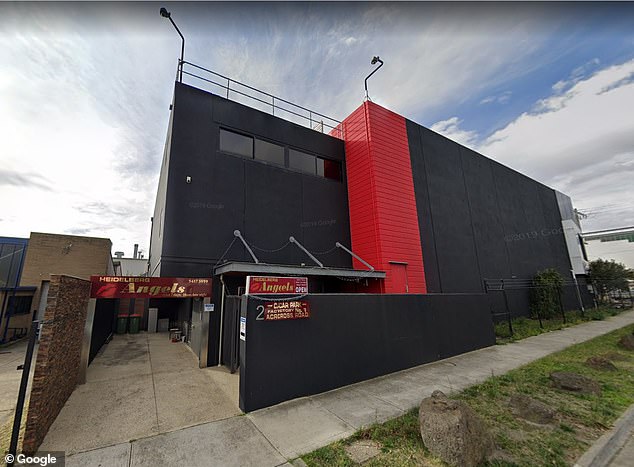 ‘Just 5 minutes from Northland Shopping Centre, Heidelberg Angel is one of the hottest Asian brothels you can find in the Eastern suburbs of Melbourne,’ it boasts.

‘Heidelberg Angel is your stop-by for some gentleman’s fun.’

Police will allege the teenager was offered for sex for as little as $100.

The brothel claims to abide by Victoria’s Sex Work Act of 1994.

‘To protect our girls and ensure their rights while offering our customers great gentleman fun,’ it states.

‘We follow every single rule of the Sex Work Act 1994 from Victoria for a legal and licensed environment to both you and our girls.’ 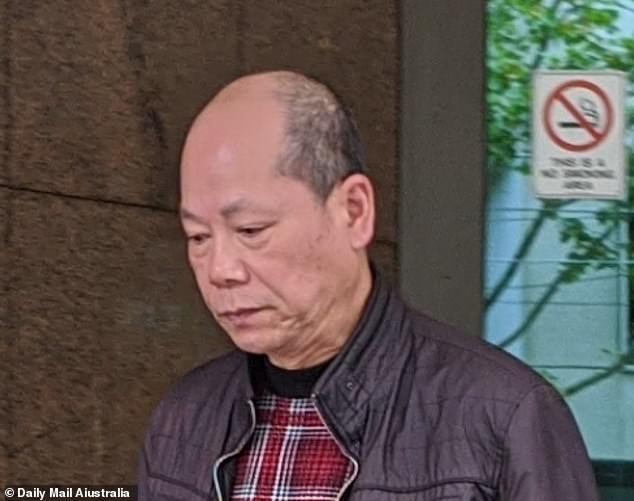 Xiang Zhang, of Doncaster, faces a swag of child sex exploitation charges amid accusations he put up a 16-year old for sale 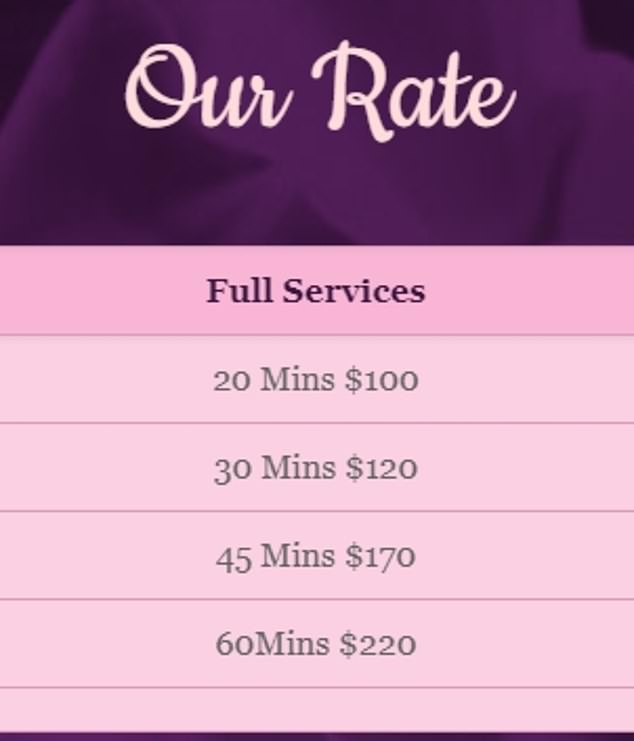 Heidelberg Angel listed its rates on its website. Police allege a teenage girl was being hired-off to its customers for sex

It remains unclear where the alleged victim originates, with the brothel claiming to employee girls from Australia and China, to Japan, India and the United Kingdom.

‘Our angels come from all around the world to bring you an authentic sexual experience across the globe,’ it claims.

Google reviews of the establishments reveals the brothel was under pressure from customers to hire younger women.

‘The girls are too old and the service was too short and less than the time i paid for,’ one disgruntled customer posted just under a year ago.

‘Only 2 old ladies when I was there, won’t come back,’ another wrote.

One review received a response from the owner defending the supposedly old age of its employees.

‘Dear customer, I am sorry for giving you a bad feeling! There were eight girls in their 20s at our store today！We update girls every day, welcome to visit again,’ the post stated.

Zhang was not required to address the court and will return with his co-accused on May 22.

Brothels are among the long list of venues that have been banned from operating during the coronavirus pandemic.

Police have been cracking down on companies operating illegally during this time.

A Sydney brothel was fined $5000 for continuing to operate and three staff were each fined $1000 on March 29.