A man whose dog ‘helped him heal’ when he was feeling suicidal has written a children’s book about his life-saving pet.

Mark Taylor, 58, from Surrey, found himself in a dark place last year which was brought on by the pressure of a new job and arranging care for his 89-year-old mother, who is living with dementia.

In a time of desperation the cleaning company director thought about taking his own life, but luckily he never followed through after a friend found him just in time.

He said: ‘A friend who is a postman found me with my head on the steering wheel of the car minutes before I was gonna attempt to take my life, after finding me he persuaded me to go home and talk to my partner Annette.’

Mark Taylor, from Surrey, said his dog ‘helped him heal’ after he considered taking his own life last year, even writing a children’s book about the pooch to do ‘his love justice’ 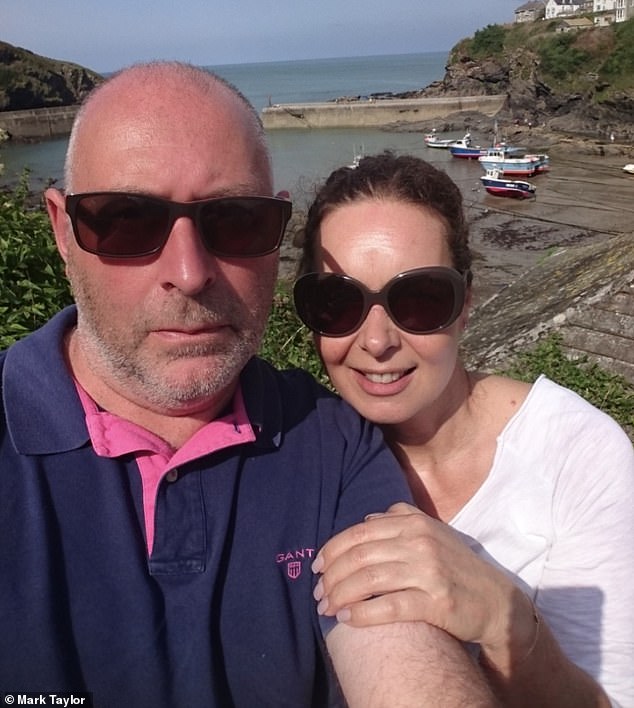 Mark finally opened up to his wife, Annette (right) about how he was feeling and she convinced him to speak to his doctor

Mark finally opened up to his wife, Annette about how he was feeling and she convinced him to speak to his doctor.

He said: ‘I knew I was in a dark place but rather than open up and talk, I did what a lot of men do, I buried my head in the sand. 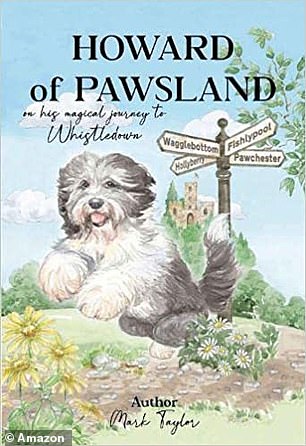 ‘And so began the first part of my healing, talking to Annette was the best thing I ever did and should have done long before, but I didn’t, and now I know how wrong that was. We cried together, she sent me straight to my GP who helped me.’

Mark’s wife decided he needed a dog in his life, as she knew just how much he loved them and that the pup could offer unconditional love.

He said: ‘We had dogs before and knew how much I had loved them, and once Annette gets an idea in her head, there’s no stopping her, and I’ll be forever grateful.

‘Howard our bearded collie pup changed my life, he helped heal me and smile everyday, a dogs love is unconditional of course, Annette knew that.’

Overwhelmed with how much the pooch helped him in his road to recovery Mark decided to write a children’s book about Howard. 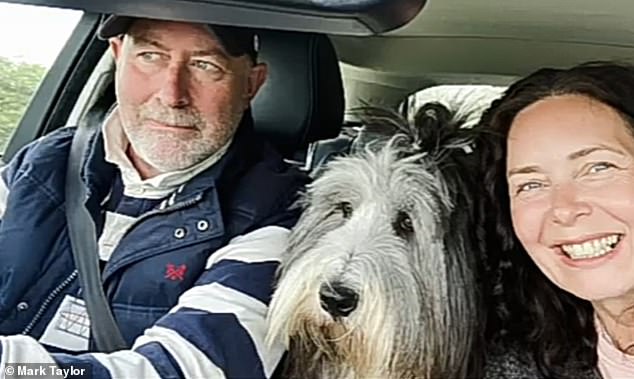 Annette (right) decided he needed a dog in his life, as she knew just how much he loved them and that the pup could offer unconditional love 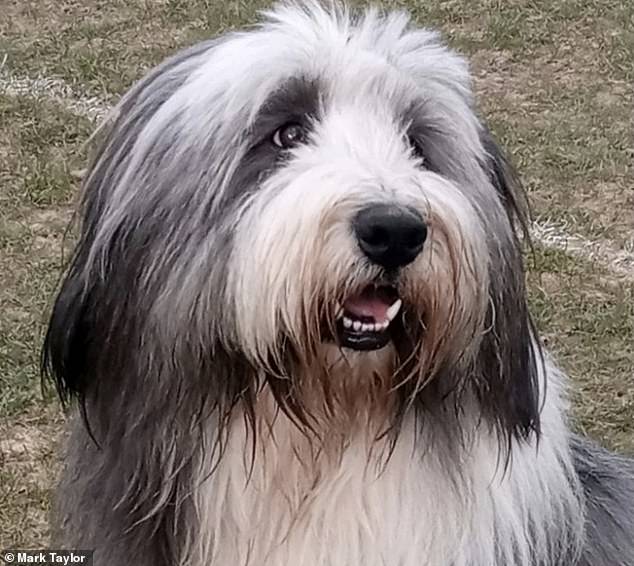 Mark admitted Howard, the Bearded Collie pup, changed his life, helped him heal and made him smile everyday

He said: ‘I decided to write a children’s book about Howard to do his love justice, to spread a message of love kindness and sustainability for three to seven year old children.’

Mark had planned to self publish the adorable book but in a bizarre twist of faith he ended up in a local publishers by accident and they offered to publish his book.

He said: ‘Annette sent me up the road from where we live to a new office that had recently opened, because she believed you could design your own wrapping paper there and thought it would be great to get some done to wrap our granddaughter a first edition of Howard’s book.

‘As it turned out that was completely wrong and they published train books in this office, and as I was about to walk out the office and thank the lady in charge for her time, before the lady asked: ‘Can you stick a train in your children’s book?’ 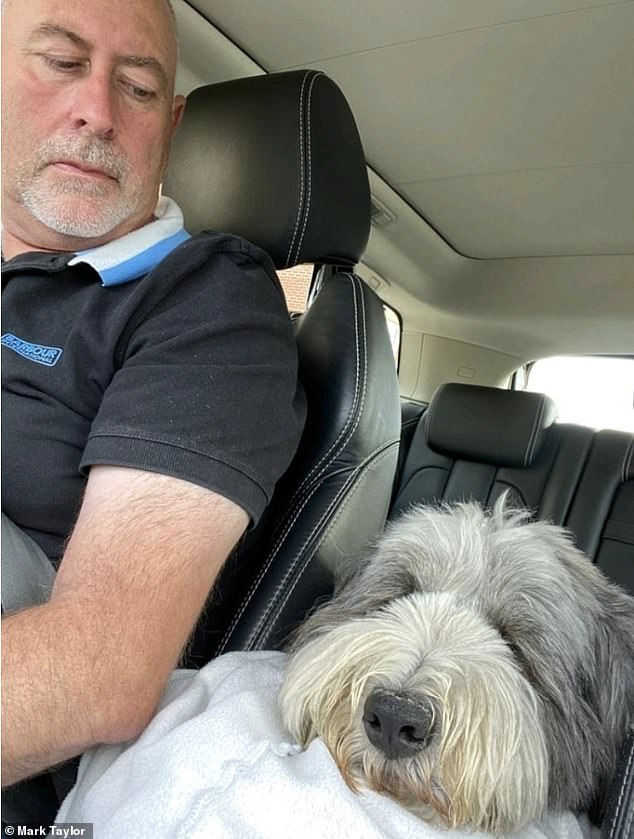 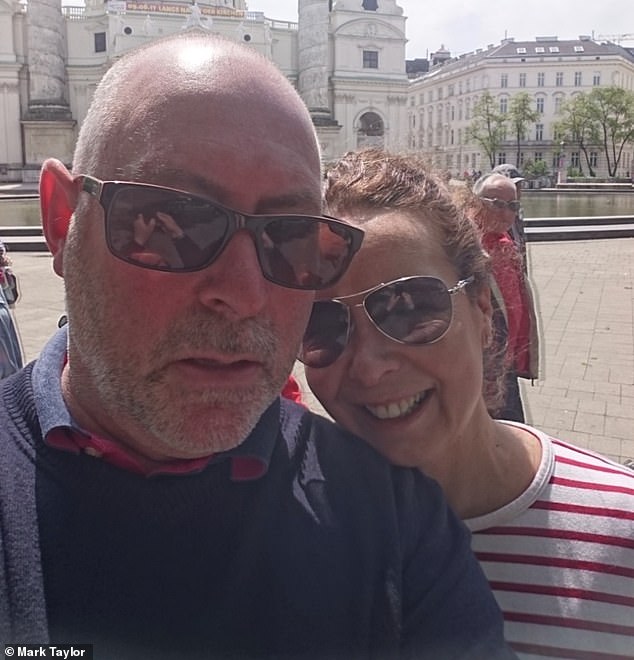 Mark has since quit his job and is now training to be a school speaker, to talk about his books with children and speak about his mental health journey, becoming an author and sustainability with adults

The woman gave Mark 24 hours to add a train into his story and once she read it she invited him to a meeting with the publishers.

Mark continued: ‘I was invited to a meeting with the publishers at the office where I was offered a six book deal.

‘Quite incredible, who knows what life has planned for us, but to anyone who finds themselves in the place I was, talk, to a friend, to your family, call 111,  just pick up that phone but talk, there’s a way out the darkness.

‘So here I am still, now a published author in my 50s, I have to pinch myself to be honest.’

Mark has since quit his job and is now training to be a school speaker, to talk about his books with children and speak about his mental health journey, becoming an author and sustainability with adults.

The Howard of Pawsland children’s books are available at Middletonpress.co.uk Amazon UK and Waterstones online.