A mother reveals the preaching inside Israel Folau’s church

Catholics aren’t real Christians and Scott Morrison is going to hell! Inside the radical teachings of Israel Folau’s family church – and one mother’s disturbing warning

The Christian parent of young rugby player claims she was deeply disturbed after attending sermons at Israel Folau’s church.

The mother was worried that the former Wallabies player was inviting his teammates to services at the Truth of Jesus Christ Church, in Sydney, and decided to find out for herself what was going on .

She said the 30-strong congregation claimed they were the only true Christians and Catholics worshiped the devil.

The mother said after attending various bible study sessions at the home of Folau’s father, Pastor Eni, she no longer wants her son to have anything to do with their ‘hate group’.

Israel Folau and his family regularly preach at the Truth of Jesus Christ Church in Kenthurst, Sydney (pictured)

‘I honestly do not want my son involved in what I have come to understand is false teachings and counterfeit Christianity. I’ve gone, I’ve checked it out and I would call them an isolated hate group,’ she told the Sydney Morning Herald.

At one bible study group the mother was told that if she died in a car accident on the way home she would go straight to hell because she had not been baptised in the proper way.

Previously Josiah has expressed his belief that the Catholic religion was a paganistic and evil ritual.

‘The blasphemous Catholic mass is a paganistic ritual rooted in heresy, evil and devil worship. I one hundred per cent believe and affirm that Roman Catholicism is masked devil worship,’ Josiah said 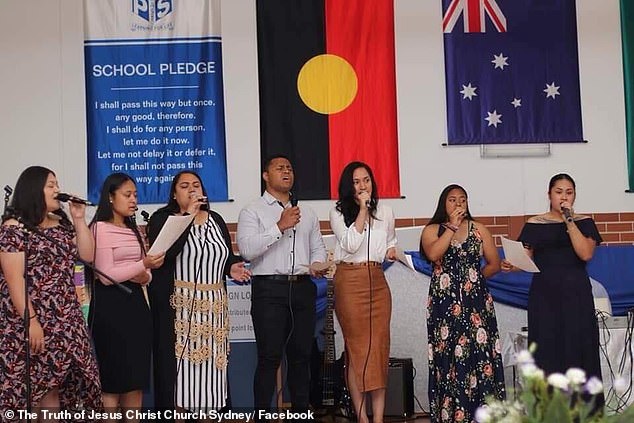 A mother who attended bible sessions at Folau’s father’s home said she no longer wanted her son to be involved with the church, calling them a ‘hate group’

The mother said the group also believed Scott Morrison wasn’t a true Christian because he was a member of the Hillsong community.

When asking if Mr Morrison was a Christian the mother said the Folau’s laughed, and said no.

‘He’s a Hillsong. Only we have the truth,’

While baptisms were conducted in the backyard pool of Eni Folau’s mansion in Sydney, The Truth of Jesus Christ Church pay Kenthurst Uniting Church $150 a week to use their hall. 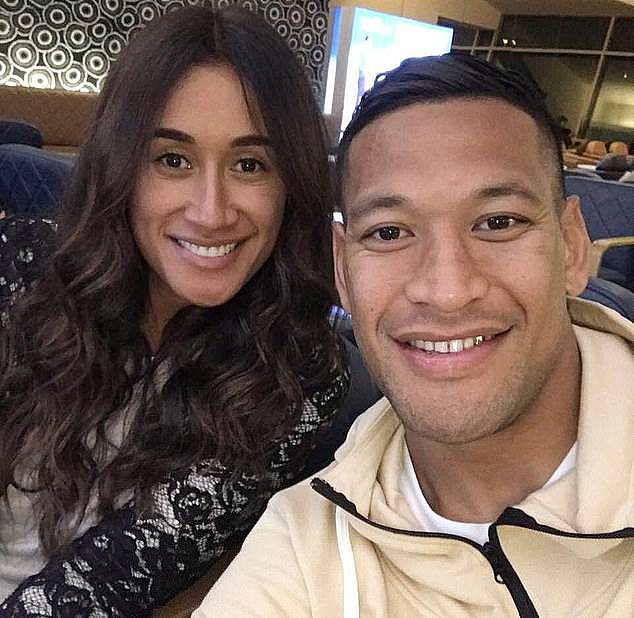 Israel Folau sparked controversy when he was sacked by Rugby Australia in May for an Instagram posts that said gay people and other sinners would go to hell if they didn’t repent.

Folau fought back against his removal from the team and created a GoFundMe page to raise funds for his legal battle with Rugby Australia.

After the first fundraiser was taken down, the Australian Christian Lobby set up another appeal which raised more then $2million in just two days.

Daily Mail Australia has contacted the Truth of Jesus Christ Church for comment.