A New Zealand woman says the advice she received from her doctor friend on Facebook helped save her life and met him for the first time this week to thank him.

Diana Craig, 54, from Auckland, was diagnosed with throat cancer in early 2018.

The cancer had spread to her lymph nodes and, after several surgeries and multiple rounds of radiation, Craig was told she was cancer-free.

But a follow-up appointment in May 2019 revealed the cancer had returned and was spreading. Craig was given six to 24 months to live, reported PIX 11.

Stunned, she turned to a Facebook group, where she met retired pediatrician Dr Sajjad Iqbal, from Ridgewood, New Jersey, who believed Craig was a candidate for a new, more aggressive treatment, than what her local doctors were telling her – and told her to get a new oncologist.

Craig did as Dr Iqbal said, began immunotherapy and, now, four months after her bleak diagnosis, Craig’s new oncologist told her cancer is no longer detectable in her body.

Diana Craig, 54 (right), from Auckland, New Zealand, says her life was saved by Dr Sajjad Iqbal (left), a retired pediatrician from Ridgewood, New Jersey, with whom she connected on Facebook 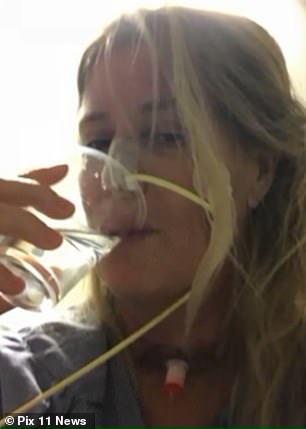 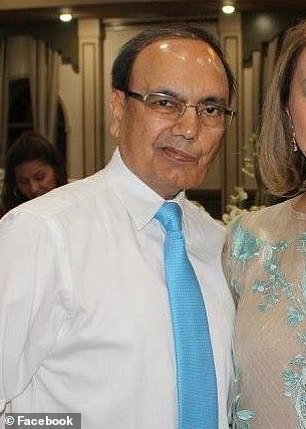 Craig was diagnosed with throat cancer in early 2018 but, after surgeries and radiation therapy, she was told her cancer was undetectable. In May 2019, she learned the cancer had returned and that she had six to 24 months to live. Pictured: Craig, left, and Dr Iqbal, right

According to The Star-Ledger, Craig’s oncologist told her the cancer was in her right lung and the lymph nodes in her chest.

She was told she could be treated with chemotherapy or immunotherapy, but her chance of survival was slim.

Craig said that, upon hearing the news, she was skeptical.

‘I just felt in my heart of hearts that this was not right,’ she told PIX 11.

She posted her story in an online Facebook group, Head & Neck Cancer Support Aotearoa, and asked for help and advice.

Dr Iqbal, a survivor of salivary gland cancer that was diagnosed in 2002, read her post and reached out.

The pediatrician, who retired 30 years ago, had himself been given a 30 percent chance of surviving for two years.

‘I felt it was my duty to help Diana since I had been in her exact position of hopelessness,’ he told The Star-Ledger.

The pair exchanged Facebook messages, emails and phone calls, during which they discussed Craig’s case.

‘I said the first recommendation is change your oncologist,’ Dr Iqbal told PIX 11.

‘I think the biggest mistake people make, is that they hear the word cancer and they are half dead already.’ 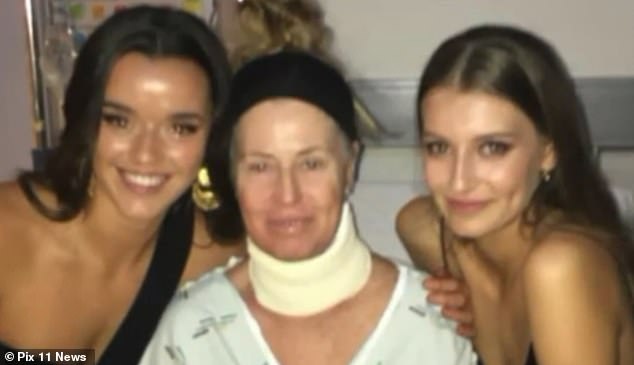 Craig reached out on Facebook for advice and was connected with Dr Sajjad Iqbal, a retired pediatrician from Ridgewood, New Jersey. Pictured: Craig, center, in the hospital 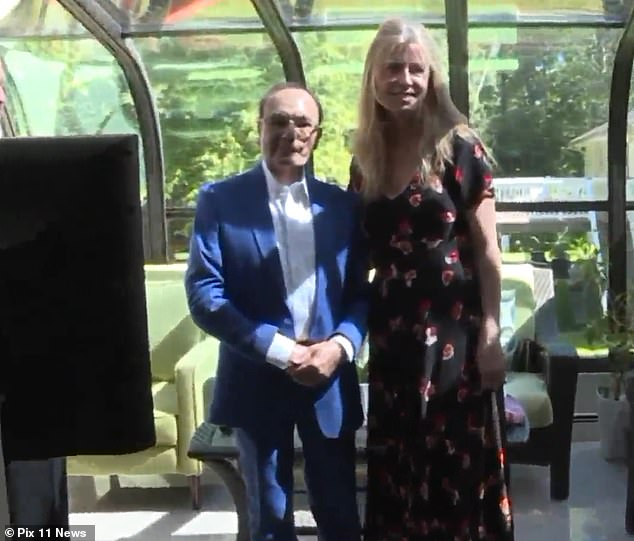 Dr Iqbal believed Craig was a candidate for an immunotherapy drug called Keytruda, reported The Star-Ledger.

Immunotherapy is a type of treatment that boosts the body’s natural defenses to fight cancer.

The doctor believed that he drug, coupled with radiation therapy, would give her the best chance at survival.

Craig’s new doctor approved her for treatment and she began shortly thereafter.

PIX 11 reported that, last month, she learned that she is cancer-free.

The two met in-person for the first time this week in New Jersey and said they hope to provide hope to other cancer patients.

‘You have to have hope, but you have to be determined to take over your own health and be your own best advocate,’ Dr Iqbal said.