A pill for loneliness? Scientists race to treat the condition that can raise premature death risks

She’s spent much of her career as a neuroscientist studying loneliness and what it does to the brain and body.

And she’s spent the last nine months living it, feeling the void in her life since her late husband and research partner, Dr John Cacioppo, passed away.

Loneliness and isolation are experiences shared by Dr Cacioppo and countless other Americans, and scientists believe it’s a condition that hinders not only our happiness but our health.

The culmination of Dr Cacioppo’s work, however, might be a treatment for loneliness – a pill that can soothe the brain activity that makes us feel such anguish in isolation.

As a loneliness epidemic raises risks of dementia, diabetes and even death, scientists are hard at work to come up with a pill that could reduce isolation’s damaging effects on the brain

Heartsickness may not be a literal illness, but loneliness has been dubbed an epidemic.

Nearly half of Americans say that they are lonely some or all of the time, by some measures.

Humans are social creatures, and the isolation we feel emotionally also causes changes to the brain and body.

Lonely people are more likely to develop diabetes and dementia, take up destructive activities like smoking and drinking in place of physical activity and their risks of death increase, too.

The connection to dementia has been explored perhaps more thoroughly than any other clinical link to loneliness. Changes in the brain linked to isolation are thought to cause inflammation that in turn promotes memory loss.

Loneliness takes a toll on the heart, too – the so-called broken heart effect. The phenomenon contributes to the shocking 66 percent increased risk of death for a widow or widower in the first three months after losing a spouse.

After John died suddenly in his sleep at just 66, Dr Cacioppo, a professor of neuroscience and psychiatry at the University of Chicago, threw herself into challenging workouts, running hard and fast to feel something aside from her loss – and combat the risks it posed to her own health.

She threw herself into her work, too, investigating what isolation does to the brain, and what she, as a scientist might be able to do about it.

Dr Cacioppo’s most promising answer, so far, is surprisingly straightforward: pregnenolone, a steroid that our bodies already naturally make.

Pregnenolone is a quiet key to the production of many hormones, including both estrogen and progesterone, and even the stress hormone, cortisol.

Its involvement in these processes has drawn the attention of anti-aging researchers and those who study isolation – like Dr Cacioppo – alike.

Behaviors, emotions and tendencies of loneliness are part and parcel of our primal response to a threat.

That response is steered by two regions of the brain – the amygdala and the insula – that tell the body to be on high alert for impending danger.

University of Michigan researchers gave half of anxious participants in a small study a derivative of pregnenolone and saw that the activity in their amygdalas and insulas was quelled, compared to the activity of the brains in the placebo group. 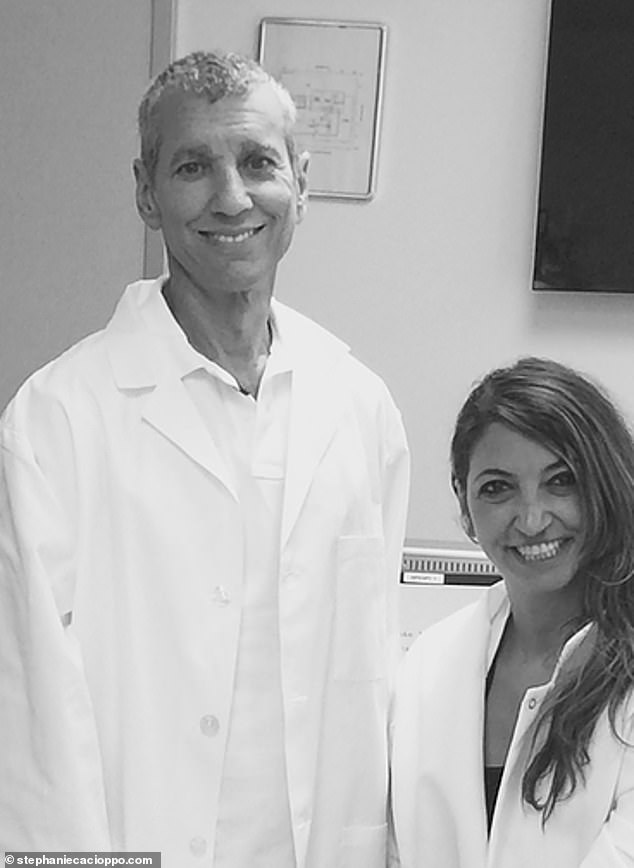 The participants said they felt less anxious, too.

Though loneliness and anxiety are not identical, some of the same brain systems – particularly those associated with hyper-vigilance – are involved in both conditions.

Dr Cacioppo just completed a clinical trial in June, giving 96 healthy, but lonely participants 175mg of pregnenolone, 400mg of pregnenolone or a placebo, and studying their brain activity.

She and her team are still analyzing the data gathered from the study – a landmark next-step of the work Dr Cacioppo and her late husband undertook together.

In the meantime, pregnenolone is actually already commercially available, touted mostly as an anti-aging and pro-memory supplement and sold for about $17 and $40.

It exists in a bit of regulatory limbo at the moment.

The Food and Drug Administration (FDA) considers it an acceptable (though not approved) supplement if it is an extract of the steroid – taken from an animal. Currently, pregnenolone is not on the FDA’s list of prohibiting blood-doping agents.

But forms made in the lab, or synthetic, are considered unapproved drugs, and the FDA has warned at least one pharmacy that it can not use pregnenolone in compounds.

Determining whether the stuff in the bottle is legal or not may be next to impossible for a consumer.

Most varieties are sold as pregnenolone, listing the steroid as the only active ingredient. If they were synthetic, it should be labelled as a variation of the word – but there’s no guarantee that that label is accurate.

Of course, even if Dr Cacioppo’s trial is a wild success, pregnenolone – synthetic, extracted or otherwise – won’t really be a cure for loneliness.

But in an age where our constant connectedness is, paradoxically, making us feel ever more socially isolated, pregnenolone might nudge our brains to withdraw a little less, put down our phones, and be a little less alone.