Part of a wall covered in moss, a ceiling painted black and an upcycled vanity unit all feature in a bathroom makeover in a new Channel 5 show.

Dream Kitchens and Bathrooms is the new series presented by Mark Millar, who is best known for his role as one of the builders on the long-running TV show DIY SOS.

In the first episode, he helps a couple living in a three-bedroom semi-detached property in Sutton Coldfield, Birmingham, with their new rainforest-themed bathroom.

The couple – Sam and Akil – have two children and need to install a new functional family bathroom with their budget of £5,000.

They opt for a plant-heavy design that takes inspiration from Akil’s job as an aquarium designer, and combine it with their desire for the rainforest-themed room.

The couple bought the property last year for £284,000 and have been renovating it ever since, showcasing their progress on their Instagram. Producers saw their posts and invited them on the programme.

Mark Millar said: ‘Just as important as kitchens are bathrooms. But sometimes I can find they can get overlooked.’

He added: Kitchens and bathrooms cost the most money and add the most value, but they can also be the trickiest rooms to get right.’ 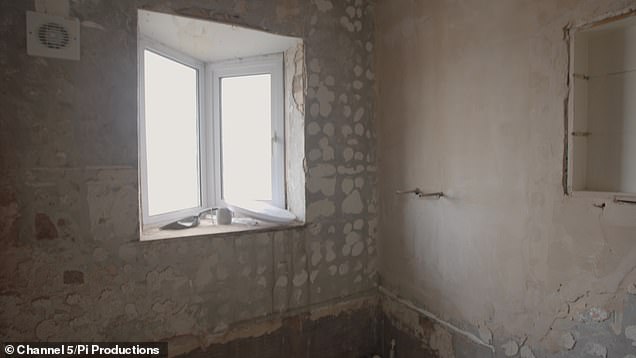 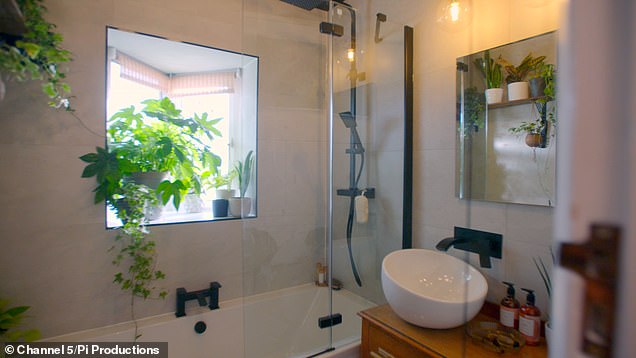 A total makeover: Sam and Akil had a budget of £5,000 for their new bathroom, which included £540 spent on black taps and a shower head

Akil explains in the programme, being shown this evening on Channel 5 at 7pm, that he wants to fill the new bathroom with nature.

He says: ‘My whole fixation with nature in the bathroom area definitely calls back to the work I do.’

And when Mark asks him to provide an idea of what he wants to inject into the bathroom, he added: ‘We are going to inject a rainforest theme, we are going to have some living plants on the ceilings and walls.’

Samina adds: ‘There will also be one long wall of black, which will be quite dramatic.’ 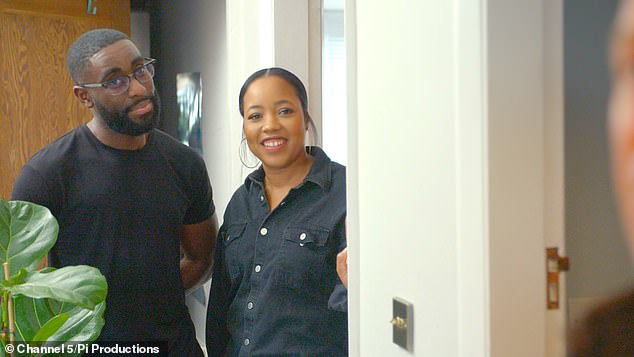 GET TIPS FROM MARK

MailOnline Property is inviting readers to send in photos of their kitchens and bathrooms so Mark can help with tips about how to improve them.

Send your photos to myra.butterworth@mailonline.co.uk and we will select the best to send to Mark.

The finished bathroom includes black taps and a shower head costing £540, a black ceiling and a chest of drawers bought for £25, which was transformed into a stylish vanity unit.

MailOnline Property spoke exclusively to the couple about their completed new bathroom ahead of the programme this evening.

Sam said: ‘I really love it. There is not much that I don’t like about the bathroom. The only thing we have changed is to add a sensory light switch outside of the airing cupboard – where the switch was before – for the light above the vanity unit.

‘I love the black ceiling and the storage drawers. The only thing I don’t like now is how dirty the bathroom gets as it is used so much.’

And Akil said: ‘It is totally different to anything I have seen. It includes a moss wall to help fill the space as much as possible with plants,’ with Sam going on to explain that it was ‘more like a picture frame full of moss’.