In 1977, Nasa launched two space probes to gather data about the solar system’s outer planets. It was decided that Voyager 1 and 2 should also carry a message to any aliens who might discover them, telling them something about life on Earth. Astronomer Carl Sagan and his team created two identical 12in gold-plated copper discs – the Golden Record – featuring music, sounds, greetings and images that they thought would give a good impression of humanity. So far there’s been no response from any music-loving starmen. Here are ten fascinating facts from a new book about Nasa’s extraordinary $865 million space oddity…

Nasa’s Golden Record isn’t the only music in space: Elon Musk’s 2008 Tesla Roadster, launched towards Mars a year ago, has a space-suited mannequin at the wheel and Bowie’s Space Oddity playing continuously on its sound system

How do you say ‘Hello’ to an alien?

Attempts to get UN delegates to say ‘Hello’ in different languages stalled after the institution insisted on voting on whether to take part – but only after the deadline for the record’s delivery. The team ended up getting linguists and students at Cornell University to say the greetings. Some were charmingly bizarre – the Mandarin speaker says ‘We are thinking about you all. Please visit when you have time’, and the Amoy (a Chinese dialect) speaker asks whether the ‘friends of space’ have eaten yet. Carl Sagan’s six-year-old son Nick recorded: ‘Hello from the children of planet Earth.’ Whale greetings were also included alongside the human ones.

Did the earth move for you, dear?

The noise of volcanoes, earthquakes and thunder opens the Sounds Of Earth section. It also includes insects and birds, and human footsteps, heartbeats and laughter. Team member Ann Druyan had her brainwaves recorded as she reflected on a number of subjects, including the fact that she had fallen in love with the married Sagan (whom she later married). It was thought aliens might be able to interpret or reconstruct her thoughts. 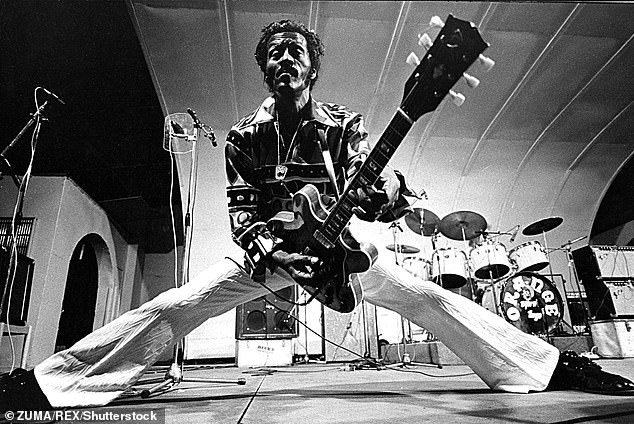 Turn up the Bach and Beethoven…

The music section of the Golden Record is a 90-minute, 27-track global tour. It opens with the first of three pieces from Bach – the Brandenburg Concerto – and ends with an Indian raga (a sort of classical improvisation), bluesman Blind Willie Johnson’s Dark Was The Night and, finally, the Cavatina movement from Beethoven’s String Quartet No 13.

…and Blast out Berry (but bin The Beatles)

Chuck Berry’s Johnny B Goode is included because it represents ‘an unusual nexus in pop music and rock music’, yet The Beatles’ Here Comes The Sun was rejected. It’s claimed that Northern Songs, which owned the copyright, wanted too much money to use the track.

We come in peace

Wagner doesn’t make the cut because of his ties to Nazi philosophy, and the conductor Herbert von Karajan was avoided because he was once a Nazi party member. After the probes launched, it was revealed that UN Secretary-General Kurt Waldheim, whose voice opens the record, was a former Nazi.

In the Pictures section of 116 photographs and diagrams – of people, animals, geographic features, buildings, artefacts, the solar system – there are no images relating to religion or politics. When the photographer Nina Leen was told that one of her pictures – of a farming family – was being used, she told the team she had been in contact with aliens for ages, and that they knew about the project!

Talking about the birds and the bees

A sequence of images shows human reproduction, starting with a diagram of a sperm reaching an egg and ending with a photograph of a baby being born. However, Nasa insisted that a photograph of a nude couple be removed from this sequence. They also demanded that the haircut be changed on a silhouette of a man because ‘he looks too much like a surfer’. 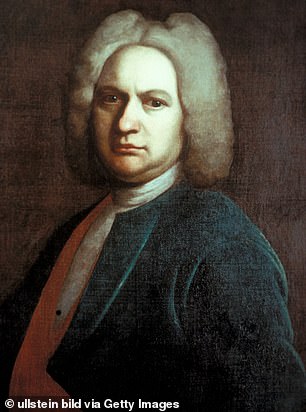 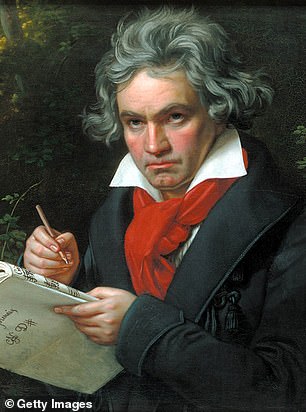 Bach’s (left) Brandenburg Concerto is on the record, as is the Cavatina movement from Beethoven’s (right) String Quartet No 13

Nasa, we have a problem

A Nasa quality-control inspector very nearly rejected the final discs because there was nothing in his instructions about the hand-written message on the run-out groove – ‘To the makers of music – all worlds, all times’. Nasa actually prepared to replace the Golden Record with a blank disc – because its weight had already been factored into the probes’ payload. But after some frantic phone calls, the records were allowed to fly.

In a galaxy far, far away…

Just as Nasa was finalising the Golden Record, Ohio State University’s Big Ear radio telescope picked up an unexplained radio signal from outer space. The signal has not been detected since and remains a disputed candidate for alien transmissions – although many believe it was a natural phenomenon.

We’re Not loving the alien

Nasa received several letters from people worried that the Golden Record might give away our position to hostile aliens.