The Queen’s chefs have revealed their recipe for the Royal Family’s Christmas pudding which includes rum, brandy and beer.

Traditionally, families make their Christmas puddings and cakes on the Sunday before the Advent season, and taking Instagram yesterday, Her Majesty’s chefs have revealed how they create the festive treat.

The royal recipe follows the superstition to make the pudding with 13 ingredients to represent Christ and the 12 apostles, but uses beer rather than the traditional port.

HOW TO MAKE THE ROYAL FAMILY’S CHRISTMAS PUDDING

Eggs, beer, rum and brandy are mixed with dry ingredients and stirred together

If you don’t want to use alcohol, you can substitute for orange juice or cold tea. 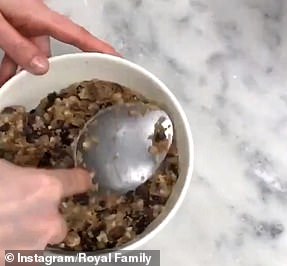 The cake mix is pressed into greased ramekins

3. Add the eggs and liquid

6. Press the cake mix in the basins

7. Cover with a circle of parchment paper 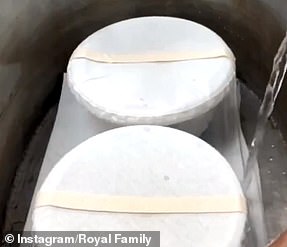 8. Cover basins with muslin or foil, and place puddings into a deep saucepan

9. Fill up with water up to three quarters of pudding basin height

12. Once cooled, wrap puddings well and keep in cool, dry and dark place until Christmas 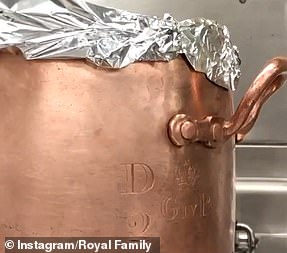 On Christmas Day, reheat your pudding in a bain-marie for 3-4 hours. Remove from the basin using a rounded knife or palette knife, flip out onto a plate, garnish or flambé and serve with brandy sauce and cream.

‘This year, chefs in the royal kitchens have shared their recipe for a traditional Christmas pudding. We hope that some of you enjoy making it in your own homes.’

The official website of the Royal Family previously revealed that the Queen gives a Christmas pudding to each and every member of her staff – a tradition handed down by her father, King George VI and her grandfather, George V

In previous years the Monarch is reported to have favoured puddings from Harrods or Fortnum & Mason, though she has been said to have chosen more budget versions in the past.

Longer standing members of staff are given vouchers along with their festive dessert. 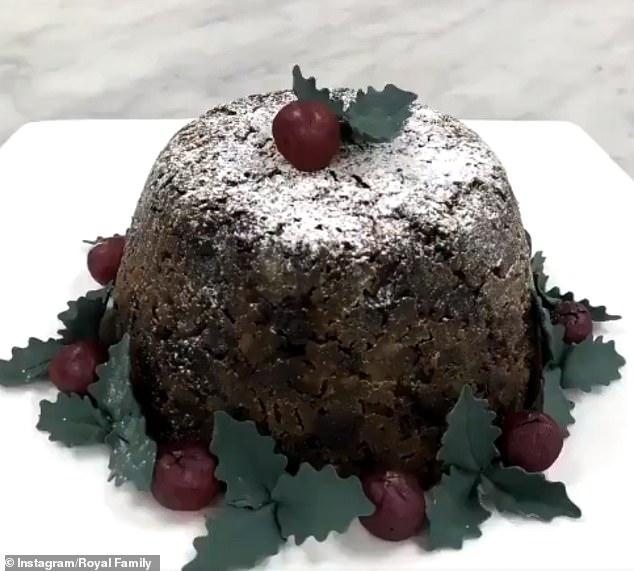 The Queen’s chefs have revealed their recipe for the Royal Family’s Christmas pudding which includes rum, brandy and beer on Instagram 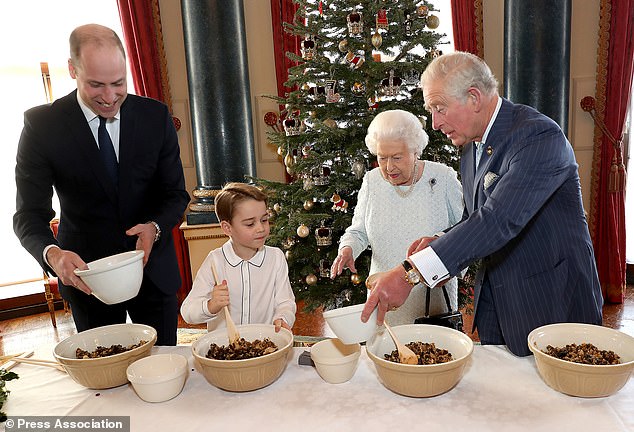 The Royal Family are no strangers to the dessert, with eight-year-old Prince George learning how to make the pudding with his father Prince William, grandfather Charles and the Queen in 2019.

In footage shared on Christmas Eve, the Royal Family stirred four puddings together – which traditionally brings good luck – and each placed commemorative sixpences into the mixture, ready to be found by those attending the gatherings next year.

The special puddings formed part of 99 distributed across the Royal British Legion’s network in time for the Christmas 2020 get-togethers, marking the charity’s ninety-ninth year.