A Russian is paying for their Amazon Prime using MY card

This week, two readers have written in with separate complaints about customer service at the online retail giant, Amazon.

The first relates to a worrying potential fraud case, where a reader discovered that his card was being charged for an Amazon Prime subscription that he did not sign up for.

Second, an Amazon customer mistakenly ordered two nail guns when making a big order of tools for a DIY project.

The firm initially refunded her £340, but then she discovered that the money had been taken back again – as Amazon claimed she had returned a food steamer instead.

This is Money’s troubleshooter and consumer champion Helen Crane gets on the case.

Prime problem: This reader was shocked to find he was being charged for an Amazon Prime subscription he didn’t open (image posed by model)

‘A Russian customer is paying for Amazon Prime using my card… why won’t it cancel the account?’

I recently discovered a £7.99 payment being taken from my Halifax credit card for an Amazon Prime subscription.

As I had not signed up for this service, I contacted Amazon. It told me there was an account opened in my name, with my credit card details and a Russian email address.

It said it could not make changes to the account without the security details – which I didn’t have as I did not set it up – and advised me to contact my bank.

The Halifax fraud team said it could issue me with a new card and temporarily block Amazon payments for 13 months, but then the payments could resume because of the the way subscriptions are transferred from old to new cards.

It suggested I contact Amazon to stop this subscription, and a second call to Amazon confirmed that they were unable to take any action.

Amazon seems indifferent to this issue and is willing to let fraudulent accounts steal money without taking any action, which is deeply concerning. D.S, Glasgow

You were stunned to look at your bank statement and find a payment for an Amazon subscription you didn’t sign up for.

And when you alerted the online shopping colossus, your customer service experience was far from Prime.

It claimed that, as you couldn’t answer the security questions about the account, there was nothing it could do to help you.

Security checks are there for a reason, but if a bit of common sense had been applied it would have been obvious that you couldn’t prove it was your account – because it wasn’t.

It said the charges were ‘not visible on the account,’ and yet you had bank statements proving a payment to Amazon, which you did not make.

I find the retail giant’s response to this apparent fraud very worrying.

Presumably if this person could sign up to Prime with your account details, they could also have used them to make other purchases on the site.

I contacted Amazon and thankfully it has now made things right. You have been refunded for the Prime subscription payment, and the Prime account in question has been permanently closed.

Amazon told you it had taken ‘the appropriate action’ to stop the activity on your account, but didn’t say what this was. It also acknowledged the poor service you received.

‘I returned a £340 pair of nail guns, but Amazon says I sent a food steamer’

In January, I placed a large order for some DIY tools and mistakenly forgot to delete two Ryobi nail guns that I had placed in the basket previously.

I only realised when the order was delivered the next day. I sent the nail guns back immediately and received an email from Amazon to say a refund had been issued.

But earlier this month I got another email from Amazon, stating that the items weren’t received, and that it had debited my account £340 for the nail guns it had previously refunded.

I have spent hours on the phone to customer service and sent countless emails, but Amazon’s response is that it can’t refund my items as it hasn’t received them. 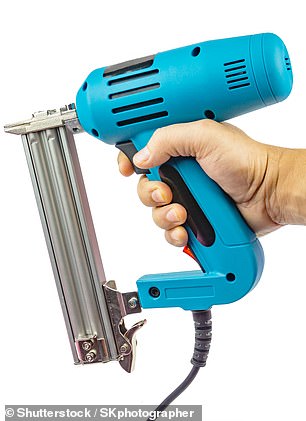 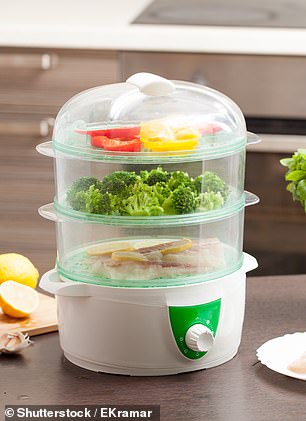 This customer ordered two nail guns by mistake, but Amazon claimed she sent back a steamer

It now claims it received a Russell Hobbs food steamer as a return and not the two nail guns.

I never ordered a steamer and my account order history proves this. I think something has gone amiss in the warehouse and unfortunately I am being made responsible.

The money debited from my account also meant I incurred penalties for going into an unauthorised overdraft.

When I contact Amazon, I just get the same automatic reply. I am beyond frustrated with this whole process. S.H, via email

Once again, Amazon has hardly nailed it when it comes to customer service.

Items placed in an online basket on the site can remain there for months, and it is easy to check out without realising they are still lurking there – especially if you are making a large order, as you were with your DIY supplies.

You realised your mistake and put the nail guns back in the post straight away, hoping for a speedy refund.

You did get the money back, but a few weeks later it was taken from your account again, with the £340 charge putting you in your overdraft.

Amazon insisted the nail guns had not been received, and instead bizarrely claimed you had returned a vegetable steamer. It was at this point that your frustrations boiled over.

After I got in touch with Amazon you were refunded for the nail guns, and also reimbursed for your overdraft fees.

The final nail in the coffin came when an Amazon representative told you this kind of warehouse mix-up ‘happens all the time’.

You have since told me: ‘I think most would have given up, and if it wasn’t for such a high-value item I would have probably clocked it down to a bad experience’.

‘People need to know not to be fobbed off by a barrage of automated emails and a customer service team who can never help.’ 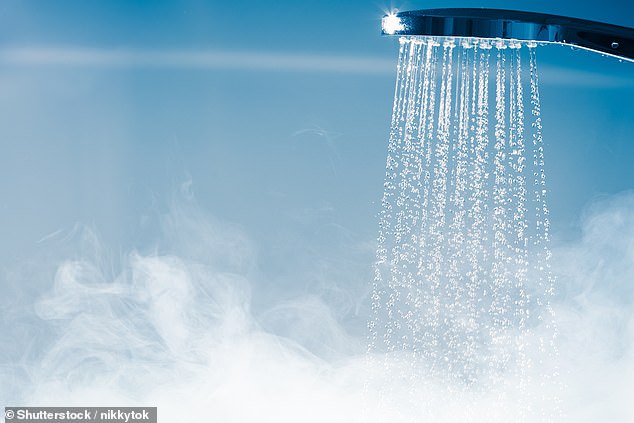 Bathroom bonus: Norman was delighted when Methven agreed to replace his shower head

Hit: Methven Reader Norman from Bristol wanted to shower some praise upon Methven, which sells fixtures and fittings for bathrooms.

He said: ‘We bought an amazing ‘halo’ shower from Methven in 2017 and were very pleased with it. It worked flawlessly until mid-2021 when the temperature control became hard to move.

‘It has a “click in” position which is set at 38 degrees, which is spot on for most people – but my wife likes hers a bit hotter and was finding it difficult to move the control.

‘I contacted Methven UK and was more than happy to pay for a replacement. However, the lovely Becky offered a free replacement as it was still a month under the five-year warranty.

‘After sending an email to confirm the purchase a replacement was posted to me immediately.

‘Anyone looking to replace or buy a shower would do well to seek out Methven as the support from this company is second to none.’

When it came to replacing your halo shower, Methven’s employee Becky proved to be a real angel. We were pleased to hear of a company offering such a good service. 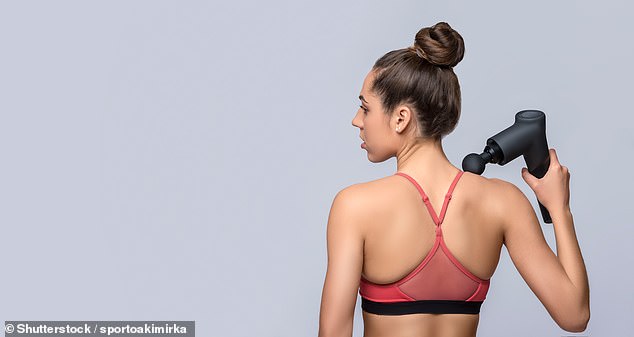 Tense situation: Alison’s mother ordered her a massager as a gift – but when she found it wasn’t right for her, Wowcher’s refund process went awry

Miss: Wowcher In contrast, reader Alison and her elderly mother were not wowed by the online voucher retailer, Wowcher.

Alison’s mother ordered her an electronic massager as a gift, but when it turned out she couldn’t use it due to a health issue, the refund process turned out to be quite knotty.

Alison said: ‘Before Christmas my 87 year old mum bought a massager for me as a gift from online company Wowcher.

‘When it arrived it said on the packaging that it was unsuitable for those with heart conditions, and I have a heart defect – so she returned it.

‘Not only has she not been refunded the £34.99 for the massager, but looking at her bank statement another £39.98 has also been taken by Wowcher.

‘We have made contact with Wowcher several times, both by WhatsApp and email, and have been promised a refund but it never arrived.

‘This is causing her great distress. She’s an 87-year-old, partially blind, deaf widow living on my father’s half pension.’

Wowcher sells discount vouchers that can be redeemed on products and services from third-party companies.

On this occasion it said the company that the massager was ordered from failed to inform Wowcher that it had been returned. It will be investigating this further with the retailer in question.

Regarding the second charge, Wowcher said another order was made the next day, perhaps in error, for a voucher that was never redeemed. It has refunded the money and voided the voucher.

A spokesperson said: ‘When a product is returned to a merchant it is their responsibility to notify us of this so we can action a refund.

I have checked and it does appear that on this occasion the merchant in question failed to notify us of any return.

‘We have now processed a full refund and will be addressing this matter with our merchant directly to prevent any further instances of issues like this occurring.

‘I would also like to confirm that we have reached out to the customer directly to express our apologies and confirm her two refunds.’