A public high school’s decision to remove the front doors of toilet blocks in order to create ‘non-gendered’ facilities has been met with fury among parents.

In a letter sent to parents and caregivers, Principal of Golden Grove High School in Adelaide, Peter Kuss, advised the changes to the current toilet facilities had been implemented.

‘The health, safety and wellbeing of all young people is important to us. We understand that accessing toilet facilities whilst at school can cause anxiety for some students,’ Mr Kuss wrote in the letter.

In a letter (pictured) sent to parents and caregivers, Principal of Golden Grove High School in Adelaide, Peter Kuss, advised that changes of the current toilet facilities had been implemented

‘The guidelines for the provision of student toilets has evolved over time.

The high school is currently undertaking a new $15 million redevelopment.

‘New toilets provided as part of the recent capital works project… have been constructed to meet the new standards,’ Mr Kuss added. 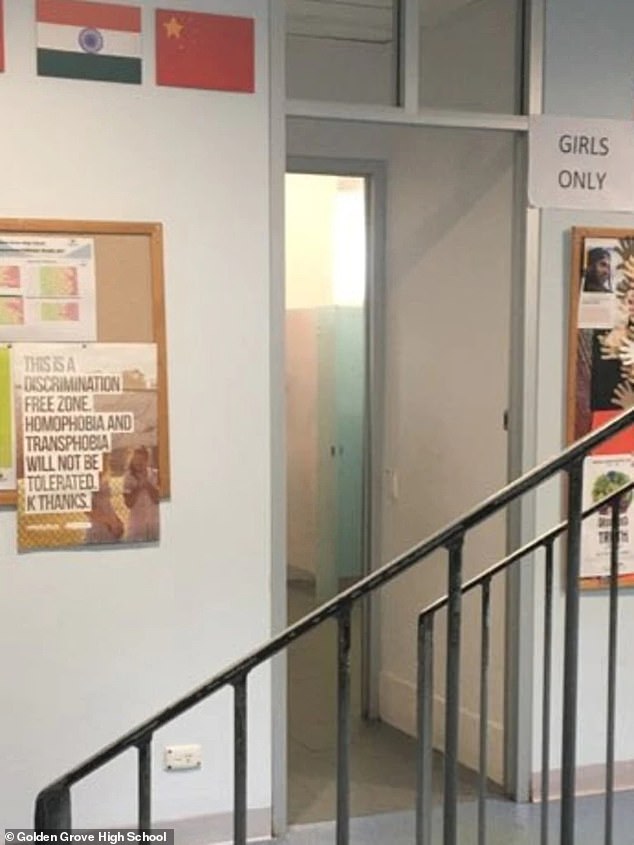 Mr Kuss claimed the school was ‘taking the steps to modify the design of the existing toilet blocks so they mimic as much as possible the look and feel of the toilet facilities in the new buildings’.

‘Hence, we will be removing the outer doors leading into the existing toilet blocks so the toilets in these spaces are more easily accessible from the foyers.’

Mr Kuss added: ‘We believe this action will provide greater safety for student usage and will more closely align our older toilet blocks with the new standards.’ 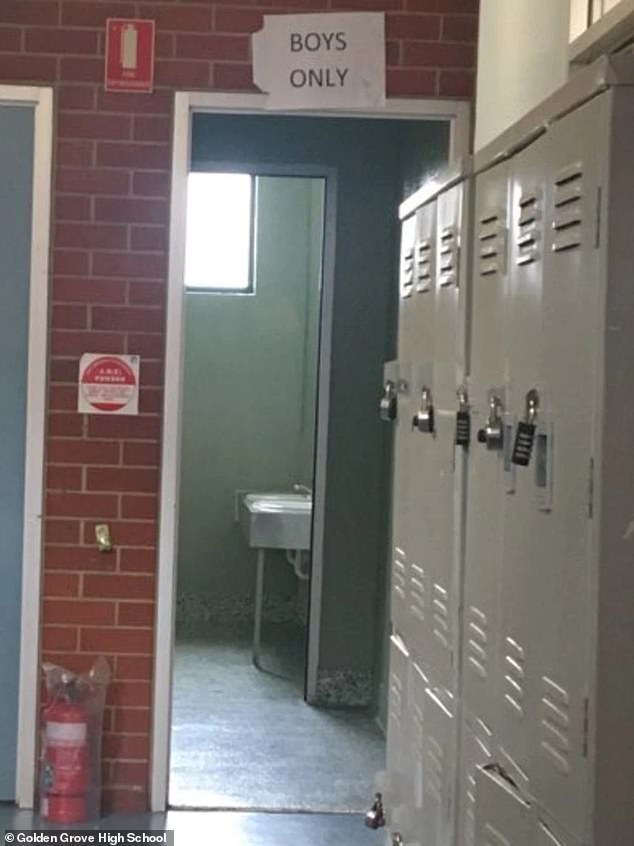 ‘We will be removing the outer doors leading into the existing toilet blocks (pictured) so the toilets in these spaces are more easily accessible from the foyers,’ Mr Kuss wrote to parents

The changes, however, had been met with heavy criticism from parents, reported The Advertiser.

One mother said her children ‘no longer feel safe and feel their privacy has been compromised.’

‘The cubicles on some of the toilets can be seen by students and teachers walking past,’ she added.

‘I’ve had other parents tell me their kids will not use the toilets either.’

An Education Department spokesperson has claimed that the school’s toilets are adequately private.

‘Students’ privacy isn’t compromised. All the cubicles have lockable doors and only hand washing areas are visible from hallways or foyers.’