A seasoned entrepreneur! How this woman turned her pantry cleanout into a successful spice company

When Jordyn Evans decided to cleanout her pantry, she never imagined that it would lead to a successful business.

A self-confessed foodie, Jordyn of Melbourne, began reorganising her kitchen cupboard one Sunday afternoon while meal prepping and discovered that a lot of the products she had been using to flavour her food were filled with nasty ingredients and high levels of salt and sugar.

‘On this particular Sunday, I tried to open the pantry only to realise it was bursting out at the seams,’ she told FEMAIL.

‘I had been avoiding a pantry clean out for a while, but that day I decided enough was enough, it was time to get everything out.

‘And throughout this big clean out, not only did I realise that half of the things in the pantry had expired but I also started to read the labels and ingredients that were on a lot of the products.

‘A lot of these products were things I had grown up with and never had taken the time to thoroughly read what was actually in them,’ she added. 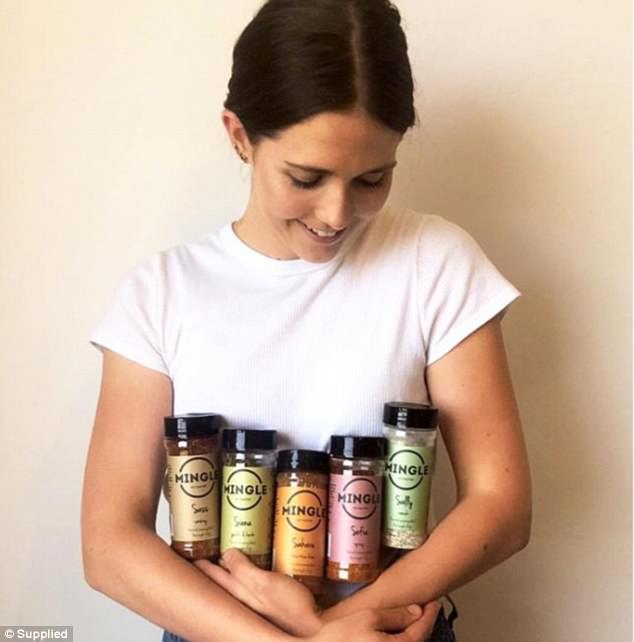 A self-confessed foodie, Jordyn of Melbourne, said that she decided to experiment in the kitchen with a few spices

Jordyn said she made a promise to herself that from that day she was only going to flavour her food with a product that was healthy.

‘Being now more health conscious I knew a lot of salt wasn’t good for me and neither were fillers, anti-caking agent, preservatives, sugars, vegetable oils and any ingredient with a number,’ she said.

‘Having little confidence in mass-market products, I decided to experiment in the kitchen with a few spices that I had left in my pantry and I can honestly say, that was the day Mingle Seasoning was born.’ 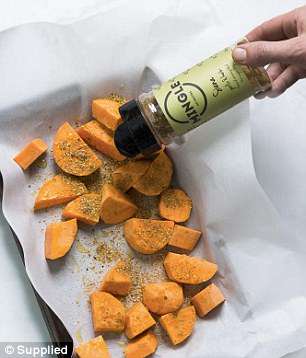 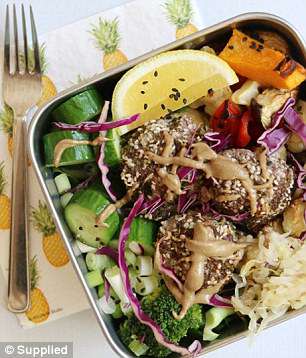 Fast-forward two years and the brand is thriving with a range of different spices, including Garlic and Herb, Coconut and Cacao, and Spicy Mexican.

It’s currently stocked in 400 healthy food stores and independent retailers such as GoVita, Lamanna and Flannery’s.

‘Mingle Seasoning is a range of all-natural seasonings that caters to the person who wants to feel naturally confident when flavouring their food,’ said Jordyn.

‘I have created a range of seasonings that have no nasties and make healthy eating tasty and simple.’