A singing trip to Salzburg, Austria’s feted city of music

Taking 13 ladies of a certain age and turning them into a singing group good enough to perform in one of Salzburg’s most prestigious venues would be a challenge even for Gareth Malone.

Most of us had never met before and had just four days to learn ten songs in Latin and English on a holiday for ‘upper voices’ organised by Run By Singers.

Austria’s dream city: Salzburg perches prettily on the banks of the Salzach River

What better place to learn our Do-Re-Mi than in Austria’s alpine city, where Mozart was born and where The Sound Of Music was filmed.

We were a diverse bunch ranging from timid tremolos to confident choral singers. There were four women from Exeter, one from Harrogate, a few from London and the Home Counties and a Canadian.

But in an early catastrophe, a soprano had to back out due to laryngitis. With just 12 voices singing in four-part harmony, there was nowhere to hide. 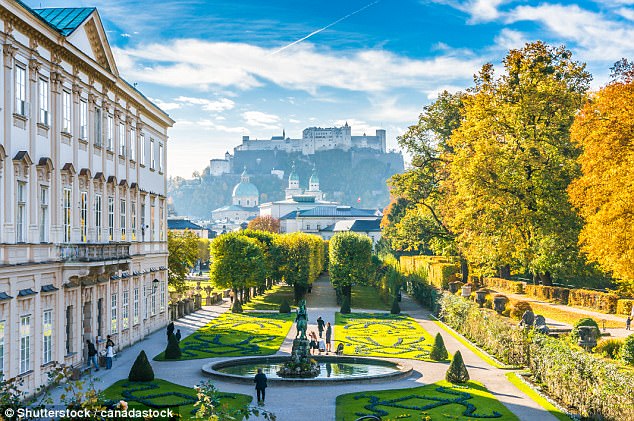 Taking to the big stage: Jane had to prepare to sing at the city’s ornate Mirabell Palace

Thankfully, our conductor, international singing coach Ghislaine Morgan, helped us find our voices in ways we could not have anticipated.

‘Imagine a boomerang shape, keep it aligned with good head and back posture and think of singing backwards to the audience in the cheap seats,’ she instructed.

She had us hissing and shooshing; stretching our arms to the ceiling, trilling our Rs, exhaling to ‘brrrrr’. 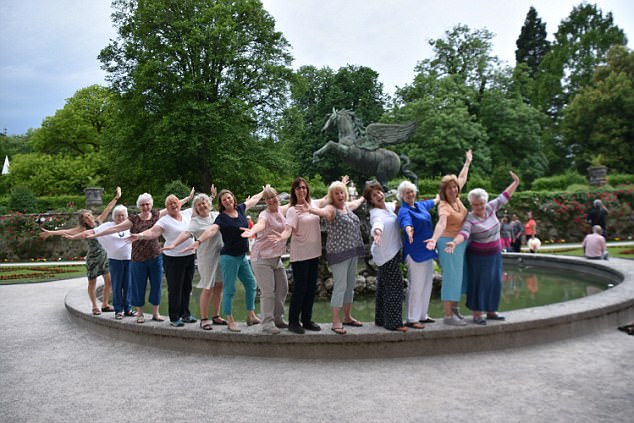 In good voice: The group embarked on their trip with the tour company Run By Singers

We even impersonated the cries of seagulls.

‘Pretend you are a complaining aristocrat,’ Ghislaine told me as she tilted her head down and pulled in her chin.

She had us pretending to cry and laugh, while focusing on breathing and vowels.

Ghislaine studied music at Oxford University and the Royal College of Music and has sung all over the world as a soprano with top choirs.

She has held workshops for professionals, including the choir of St Mark’s in Venice and summer schools for enthusiastic amateurs – like us.

With two practice sessions a day in our comfortable but far from lavish hotel, there was no let-up.

The posters had gone up advertising our concert, and included the words a capella meaning ‘unaccompanied’, or to us ‘you must be joking’. No amount of bonding over meals and drinks calmed the nerves.

One of our group, 71-year-old Carol Buxton, had been on no fewer than 26 Run By Singers holidays.

‘I keep coming because I love the repertoire,’ she said.

‘Also, because we sing in some fabulous places and the teaching is always top quality.

‘Singing makes you feel good. We perform choral works and music from an eclectic repertoire so it’s very wide ranging.’ 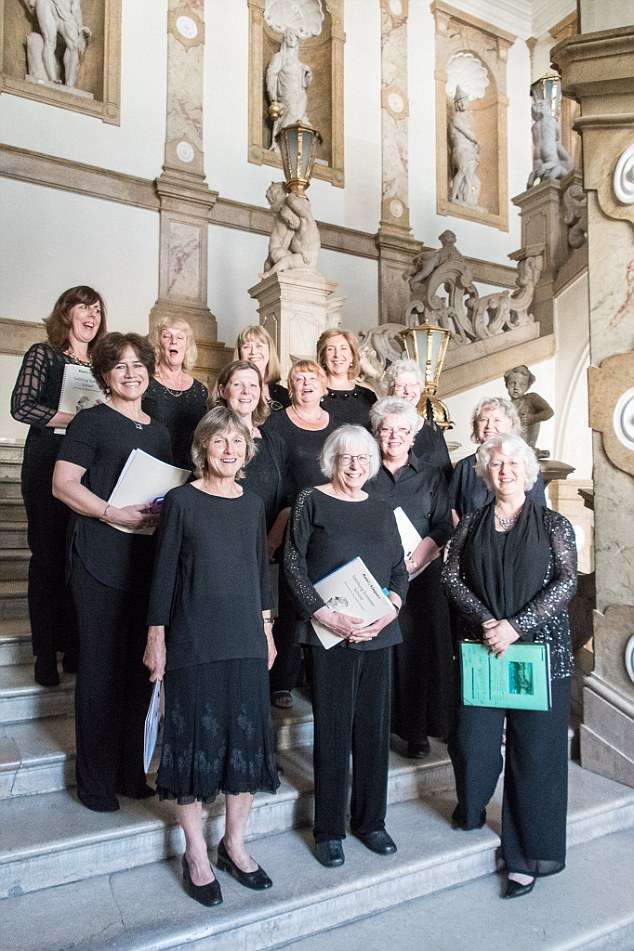 Showtime; no need for nerves: The group prepare for their big performance

Carol even brings along her non-singing husband, Jeremy, who likes to do a bit of painting.

Between rehearsals, some visited Mozart’s house, others walked by the river photographing the Baroque skyline.

I tried to find the abbey where Fraulein Maria had lived as a nun.

We went to a candlelit concert dinner in the grand Baroque Hall of St Peter’s Monastery, the oldest restaurant in Europe, where Mozart used to dine.

On a Sound Of Music Tour we sang in St Michael’s Church at Mondsee, where the Captain and Maria married in the film. We must have been all right as some Japanese visitors asked if we were nuns. 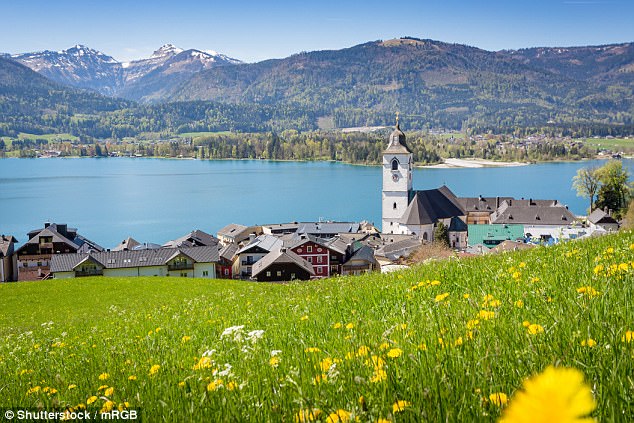 Endlessly beautiful: The Wolfgangsee Lake sits a short hop to the south-east of Salzburg

As concert day loomed, we felt nervous but excited.

The Mirabell Palace’s lofty hall with its marble staircase, artworks and incredible acoustics was beautiful but intimidating.

Would anyone come to watch us, we wondered? We entered the hall singing a Vaughan Williams canon before taking our places.

To my amazement, I saw we had nearly a full house.

The nerves disappeared and we sang our hearts out.

The thrilling half hour went in a flash.

The audience even stayed for an encore.

The next, in Assisi, Italy, August 6-13, costs from £565pp for tuition and four evening meals (excluding flights and hotels). Ryanair (ryanair.com) flies Stansted to Perugia from £368 return.

Doubles at the Hotel Dei Priori, Assisi (hoteldeipriori.it) from £88 B&B a night.