Republican lawmaker Sam Johnson rose from his wheelchair to pay tribute to the late Senator John McCain – the man with whom he had shared a cell in Vietnam for 18 months when they were prisoners of war.

House Democratic Leader Nancy Pelosi helped Johnson to McCain’s coffin during a ceremony honoring the late senator in the rotunda of the U.S. Capitol on Friday.

Johnson rose from his wheelchair, and, with a cane in one hand and Pelosi holding on to his other arm, walked to McCain’s coffin to touch it goodbye. 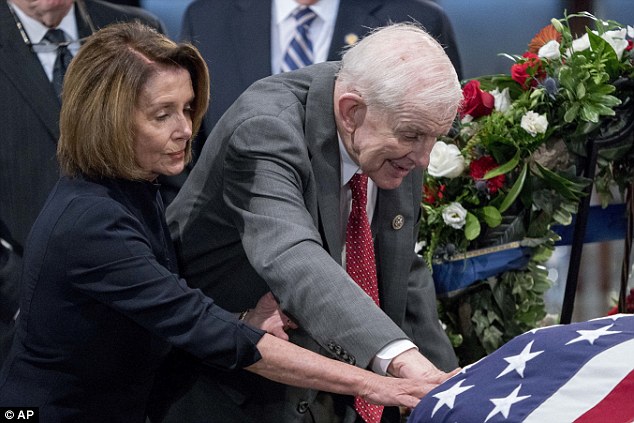 Johnson still carries injuries from being a prisoner in Vietnam 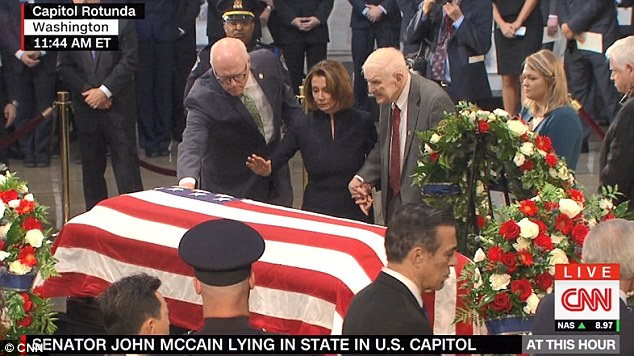 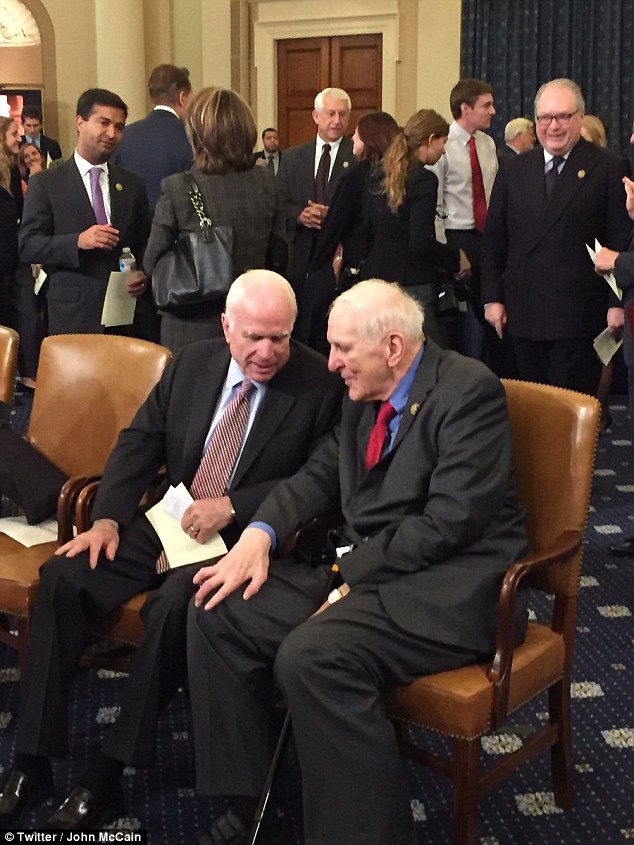 He was one of the first of the lawmakers to arrive for McCain’s memorial, sitting quietly in his wheelchair at the front of the section where House members were placed.

Pelosi and several other members of Congress hugged him when they came in the rotunda.

Johnson and McCain’s friendship crossed the chambers of Congress with the two men meeting for breakfast about once a month.

They would ‘just shoot the breeze between the House and the Senate,’ Johnson told Bloomberg News in May.

‘I don’t think there are a lot of people that can do that,’ he said. ‘I’m not sure the Senate and House are that close together in most of the things we do up here.’

Johnson is a retired United States Air Force Colonel and was a decorated fighter pilot in both the Korean War and the Vietnam War.

He spent seven years in the ‘Hanoi Hilton.’

His back is stooped, he walks with a limp and his right hand is mangled from his injuries. He spent more than three years in solitary confinement for refusing to cooperate with propaganda efforts.

He was released on February 12, 1973 during Operation Homecoming.

Johnson is retiring from Congress this year after serving in the House of Representatives for 28 years. 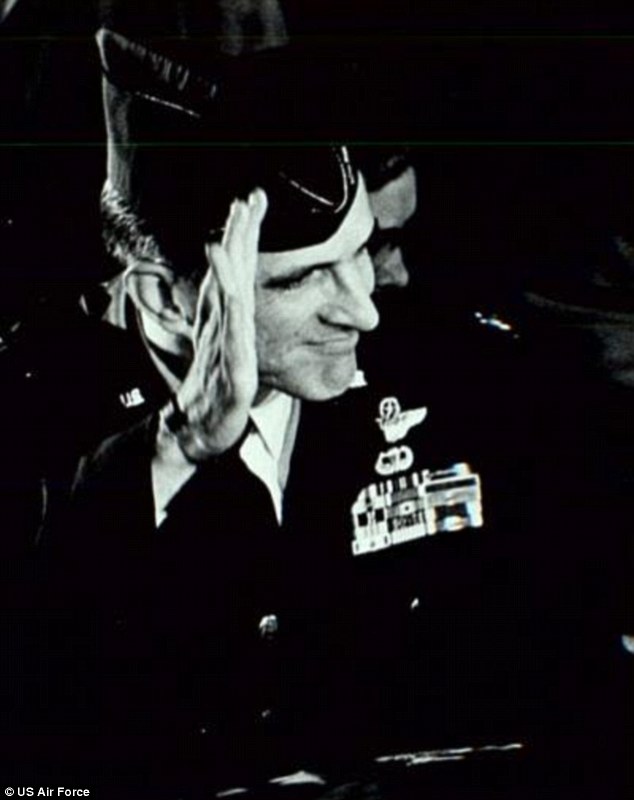 Sam Johnson in his Air Force Uniform, he is a veteran of the Korean and Vietnamese Wars 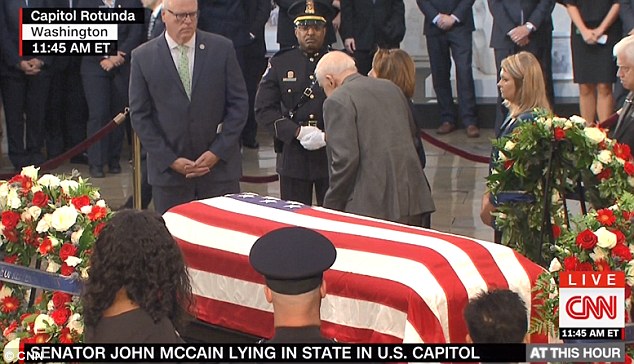 Johnson is retiring from Congress this year

At 87, he is the oldest member of the House of Representatives. He is the last Korean War veteran in Congress.

He honored McCain as a ‘genuine American hero.’

‘We have lost a genuine American hero today. John and I were fellow POWs at the ‘Hanoi Hilton,’ and I can testify to the fact that he did everything he could to defend freedom and honor our Great Nation – not just in that hell on earth, but beyond those bleak years,’ Johnson said in a statement following McCain’s death.

‘God bless you, partner, and I salute you. You will not be forgotten.’