An intrepid English explorer named Benedict Allen travelled so deep into Papua New Guinea to live among local tribesmen that he had to be airlifted out, weak with malaria, by a helicopter chartered by this paper.

That was only two years ago, a salient reminder that, well into the 21st century, there are regions of the planet that have barely been touched by Western civilisation.

Papua New Guinea, once fabled for its head-hunters, and still largely undeveloped, falls squarely into that category. And the good news is that you do not have to be a daredevil explorer to visit it.

A few enterprising travel companies – such as True North, an adventure cruise company based in Western Australia – offer trips to the more remote islands of the archipelago.

I boarded a True North cruise after meeting up with fellow passengers in Cairns, northern Queensland. And I was not prepared for the extraordinary riches that lay ahead.

The beauty of cruises, and the reason I never tire of them, is that they take you on voyages of discovery that would be difficult to replicate on land and, as often as not, in great style and excellent company. It is a beguiling cocktail and True North serves it with real aplomb.

We fly into the island of New Ireland in teeming rain, then set sail for the Duke of York Islands. It’s not long before the rugged beauty of the landscape, unchanged in millennia, has me under its spell. 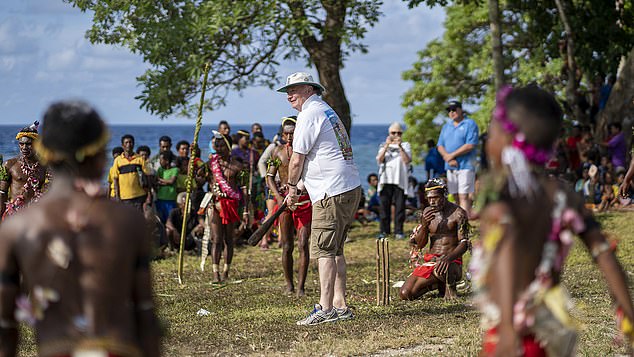 While visiting the beautiful Trobriand Islands, Max played a spot of cricket with locals 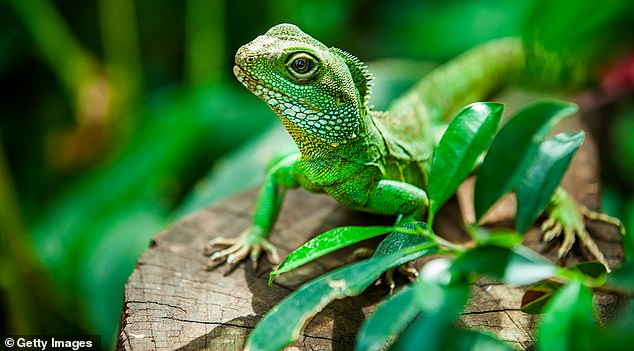 One minute we’re passing under jagged limestone cliffs, the next we’re whipping out our cameras to capture perfect desert islands, strewn with coconuts.

‘Pretty special, isn’t it?’ says my new best mate, Robbo, from New South Wales. Retired Australians compose the bulk of the 30-strong passenger list and good-natured banter rings around the ship from dawn to dusk.

… and now for cruises that won’t sink your budget!

Joys of the Aegean

Celestyal Cruises is returning to Istanbul and there are savings of £170 pp on the seven-night Eclectic Aegean round trip from Athens. Departs November 4, featuring an overnight mooring in Mykonos. Cruise-only price from £829 pp includes all on-board meals and drinks (0800 411 8038, celestyalcruises.uk).

The Queen Mary 2’s Transatlantic Voyage and Niagara Discovery sails from Southampton to New York from £1,699 pp — that’s an £800 saving per couple on the November 19 departure, which includes the inbound flight and two-night hotel stays in New York, Washington DC and Niagara. Offer runs until July 31 (0800 840 5800, imaginecruising.co.uk).

As the ship leaves port, a man is found dead in a steward’s cupboard. What’s next? To find out, join the two-night murder mystery cruise on Princess Seaways from Newcastle to Amsterdam on November 1 to solve the puzzle. Half-board early booking price from £212.55 pp (0871 230 0440, murdermysteryminicruise.co.uk).

Explore Holland’s canals on river cruise ship MS Gerard Schmitter. See 17th-century windmills and old ports with calls to Lemmer, Enkhuizen and Hoorn on the round trip from Amsterdam (above). Save £225 pp on the six-day August 25 departure, cruise-only from £674 pp including meals and drinks (020 8328 1281, croisieurope.co.uk).

Saga Cruises’ ship Spirit of Discovery is making headlines, but Saga Sapphire should not be overlooked. On the ten-night ‘Musical Norway’ cruise from Dover, gaze at the Norwegian fjords, including the Unesco-listed Geirangerfjord, with musical excursions and on-board jazz. All-inclusive price from £1,747 includes chauffeur service on April 11, 2020 departure (0800 50 50 30, travel.saga.co.uk/cruises).

Oceania’s 684-passenger ship Insignia has sailed in to Southampton to show off her £25 million facelift. Crystal chandeliers and modern art adorn newly-decorated public areas and cabins have been overhauled. The seven-night Miami round-trip via Belize departs November 9 with cruise-only price from £1,609 pp (0345 505 1920, oceaniacruises.com).

The True North herself is as sleek as the brochures promise, with a flotilla of tenders that take small groups of passengers snorkelling, diving or fishing.

It’s the fishing, where the competition is as fierce as in any Ashes Test, which captivates me.

I had thought my 20lb tuna would give me bragging rights, but it was dwarfed by Robbo’s humungous coral trout, Carole’s ferocious barracuda and Edwina’s 5 ft Spanish mackerel.

With freshly caught fish on the menu every day, the chef is in his element, turning our catch into a string of mouth-watering dishes. I have never eaten as well, or as healthily, on a cruise ship.

Mostly our ship hugs the shore as it cruises from island to island. But we venture inland a couple of times: hiking through the jungle to remote waterfalls and cathedral-like caves.

It’s not for the faint-hearted. I am admiring an absurdly large stick insect in the undergrowth when I spot a spider the size of a dinner plate eyeballing me from the tree above. Exit one sweaty Brit, nerves jangling.

The surroundings have an Eden-like quality, but it is our encounters with villagers that will live longest in the memory.

The official language is English, but there are at least 800 other languages, as well as the ubiquitous Tok Pisin, a glorious pick’n’mix pidgin in which ‘lookem you behind’ means ‘see you later’.

Most of the villages we visit are accessible only from the sea and have no electricity or running water. The villagers survive on a mixture of subsistence farming and fishing, venturing out to sea in hollowed-out canoes.

On some islands, tourism provides a useful revenue stream. The villagers don traditional dress, perform ceremonial dances and hawk wood carvings and woven baskets. On others, months pass without a visitor from the outside world.

In the beautiful Trobriand Islands, to the delight of this grizzled MCC member, the islanders play cricket, a bastardised version of the game they learned from Victorian missionaries. They challenge us to a match on a sandy pitch but we’re not prepared for the local rules.

When a batsman is bowled out, he must hop around like a scalded cat, while the fielding side surround him and perform a war dance. The hallowed ground of Lord’s suddenly seems a long way off.

On another island, we land just as the school is holding its end-of-year graduation. Pupils process to the open-air seating area, heads bowed, with garlands of flowers around their necks, while solemn music plays. There is an unaffected grace to the proceedings that brings a lump to the throat.

As we board the plane back to Australia, flying out across a dark carpet of rainforest, my head swims with images that will stay with me for years.

A huge pod of dolphins following our boat through the dawn mist. Mango trees groaning with enough fruit to feed a village. A kingfisher flitting along a river overhung with trees.

It has been the trip of a lifetime, to a land where time has stood thrillingly still. As they say in Pidgin, me hammanus true. I enjoyed it very much.

True North Adventure Cruises (truenorth.com.au) offers voyages all around the Australian Coast and in Indonesia and Papua New Guinea.

Itineraries range from four to 13 nights and prices start at £3,500pp.