A weekend trip to Bordeaux for a glass of claret? Why not?

Fancy a rail trip to Bordeaux?

A new section of high-speed line means the train journey from Paris, via TGV, now takes just over two hours — 70 minutes less than before.

So you can reach the south-west of France on the Eurostar from London’s St Pancras (via Paris, and a quick scoot from Gare du Nord to Gare Montparnasse) in just under six hours.

Elegant and accessible in equal measure: Bordeaux is now just a two-hour rail trip from Paris

Less time than it would take to get from London to, say, Dundee by train.

And it’s well worth a weekend trip.

Known as ‘Port de la Lune’ because of its position on a crescent moon-shaped bend in the Garonne River, the centre of Bordeaux is a Unesco World Heritage Site.

In 2015, the city, capital of the world wine industry, won the European Best Destination competition, beating Lisbon and Athens into second and third places.

First, take a tram from the stop directly outside the Gare St Jean train station to the Place de la Bourse, a square overlooking the Garonne and lined by spectacular 18th-century buildings. 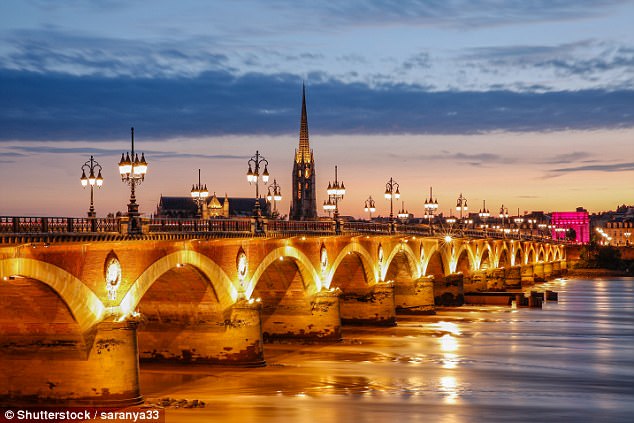 A great river for a great city: The Pont de Pierre spans the Garonne as it cuts through Bordeaux

Walk into the old town, behind the square, and you are soon surrounded by architectural marvels.

In France, only Paris has more protected historic buildings.

While Bordeaux might once have had a slightly staid reputation, its streets are now lined with stylish shops, cool cafes and buzzy bars.

And if you want fine dining in a fancy restaurant run by a Michelin-starred chef, Bordeaux can oblige.

There is, among others, Gordon Ramsay’s operation, Le Pressoir d’Argent, in the Grand Hotel. 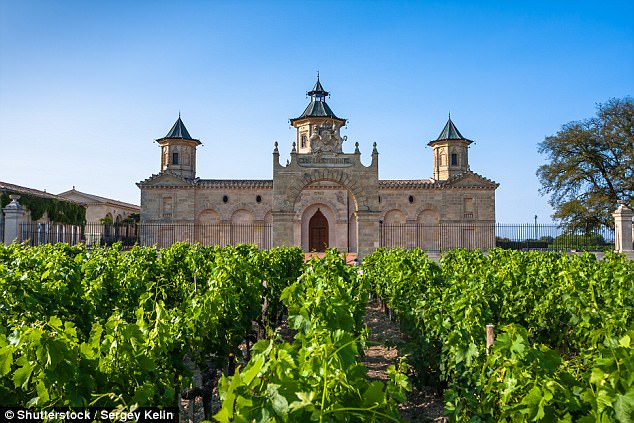 Fine on the vine: The Chateau Cos d’Estournel is one of the symbols of the area’s wine industry

But you are also spoilt for choice for more modest establishments, such as Le Flacon in Rue de Cheverus, a wine bar that serves terrific tapas.

And don’t feel you have to stick with the grape: craft beers have penetrated even the very heart of wine country.

Try the excellent Bieristerie, on Rue Porte De Cailhau, next to the 16th century-city gate.

In truth, of course, you can’t properly explore the largest urban area in the world to have been recognised as a World Heritage Site in a couple of days.

But you can have a lot of fun trying.