A widower is helped by community to spread wive’s ashes

A community in Waterville, Maine, helped a man fulfill his late wife’s goal of traveling across the country together.

Keith Smith drove with his dog Zoey from Missouri to spread his wive’s ashes coast-to-coast at places they had planned to visit together. But the man was left stranded in a town in central Maine with two flat tires and no money.

The widower put a large sign on the back of his minivan explaining his mission, setback and offering to work.

A woman who saw Keith at a local Walmart posted photos of him and the sign to Facebook, which quickly got the community’s attention.

In no time, a local mechanic, Devon McEwan, offered to help Keith free of charge and get him on the road again.

Keith Smith (pictured) is standing beside his minivan with the sign he made after he got two flat tires and was stranded in Waterville, Maine 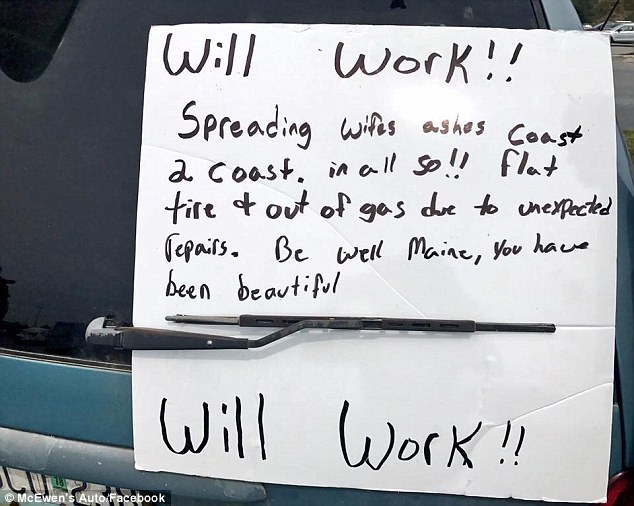 Someone saw Keith and the sign and posted photos to Facebook. In no time, the community was reaching out to help the widower in any way they could 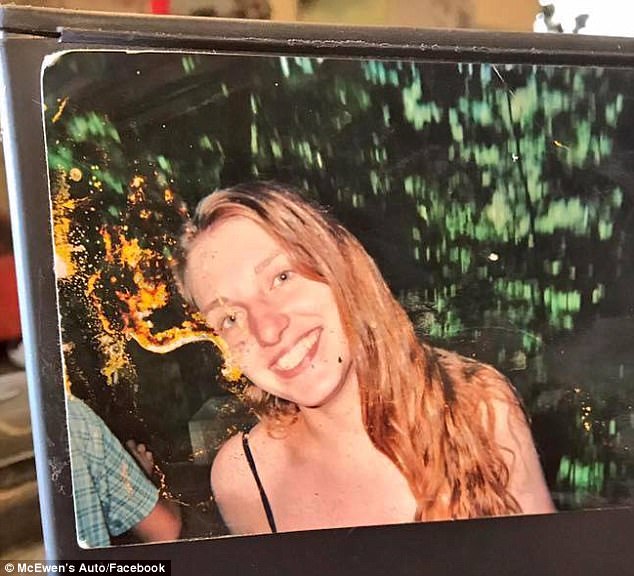 Keith’s wife, Kay, died suddenly last year. They always talked about going to the lighthouses in Maine, so he decided to spread her ashes there

Keith’s wife, Kay, died suddenly last year. He made it his mission to drive across the country, stopping in Maine to spread her ashes at some of the most famous lighthouses.

Devon from McEwen’s Auto went to the Waterville Walmart to meet Keith.

Devon said his mom even brought the Keith a blanket and pillow, paper towels, soap and toothpaste. He said the  biggest thing ‘is just to treat people the way you want to be treated’.

On the hospitality that’s been shown to Keith, he said: ‘It’s a little thing compared to what he’s done to my faith in people.’

While McEwen’s Auto did the labor, several local businesses in the area also pitched in to lend parts and money.

‘Something my wife and I learned from each other is enjoy the bad times, too,’ Keith said. ‘Even though things are tough, don’t let situations determine how you feel, because you can still be happy, you can still be positive.’ 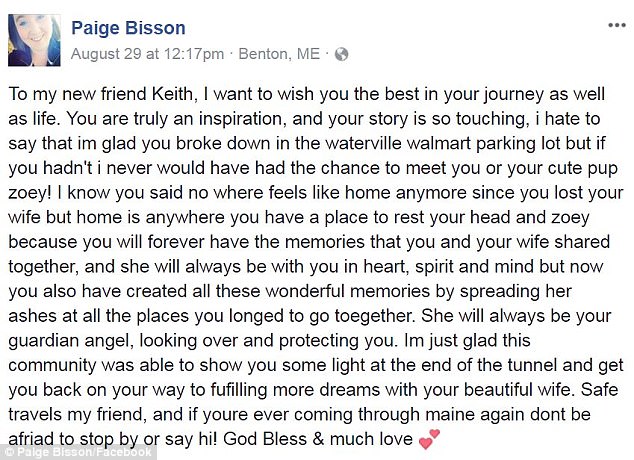 A local woman was so touched by her encounter with Keith, she took to Facebook to post about the experience and wished him well 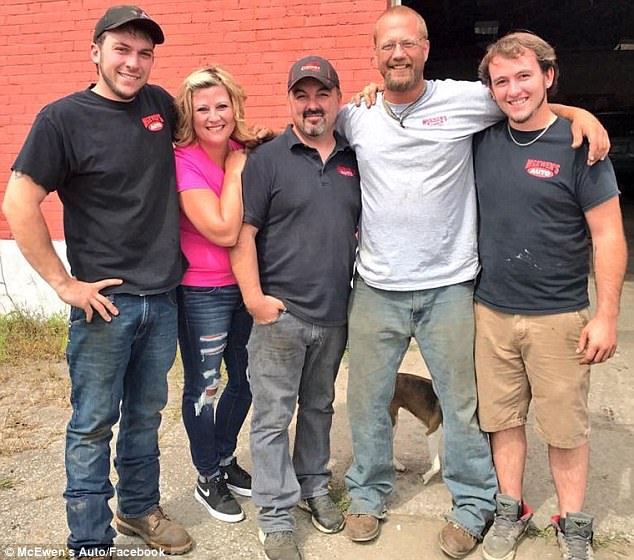 Keith posed with the McEwan’s of McEwan’s Auto who charged his car battery, gave an oil change and sent the man off in hopes that he will complete his journey