Two people riding dangerously on the door of a car were among nearly 5000 people handed traffic infringements in Queensland over the Easter long weekend.

Three people involved in the dangerous trip down a road on Mount Tamborine in the Gold Coast hinterland were each fined, the driver for driving without due care and attention and the passengers for failing to wear seatbelts.

They were seen on Good Friday afternoon oblivious to the fact they were being filmed by trailing police.

Six people died and 135 were injured during the Easter period in Queensland, as a massive 4,742 offences were recorded. More than half of the infringements were for speeding, while 219 drug drivers and 228 drink drivers were also detected.

A 19-year-old man was also captured on police video travelling at 178km/h in a 100km/h zone on the Pacific Motorway at Daisy Hill.

Appearing to be wearing a name tag as an employee of a supermarket chain, the man was pulled over by Highway Patrol and shown his velocity on the speed gun.

He was handed an on-the-spot $1,245 fine, eight demerit points and six-month licence suspension. 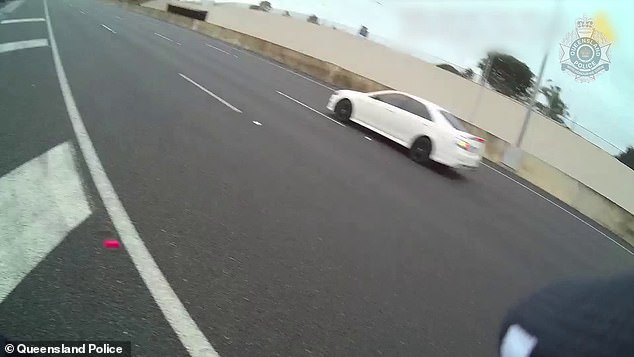 The incidents came on top of a wild weekend for Queensland police when Gold Coast officers were attacked on Saturday night after trying to shut down a gathering of 1000 hoons and 600 vehicles at Pimpama on the northern end of the region.

An 18-year-old man and a 22-year-old man have each been given a notice to appear in court on counts of dangerous operation of a motor vehicle as a result of the hoon meeting. 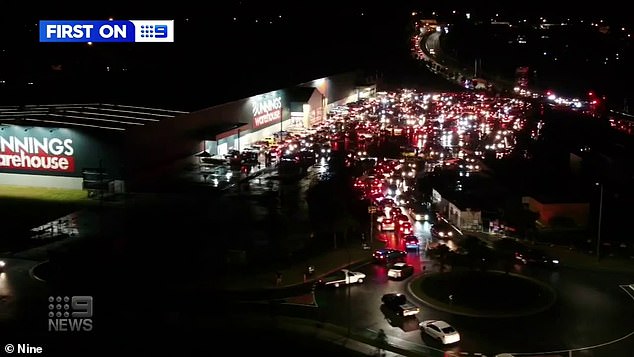 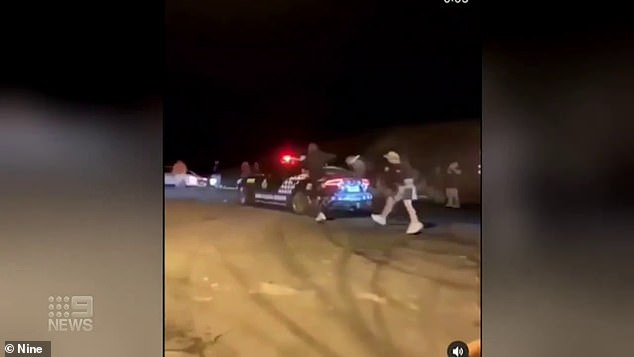 Police were pelted with projectiles, including fireworks, at the gathering in a carpark of a Yawalpah Road business, Pimpama, in behaviour Gold Coast District Acting Chief Superintendent Geoff Sheldon described on Tuesday as ‘blatantly criminal and clearly dangerous’.

Queensland Police have since impounded three of the vehicles involved in the gathering for 90 days.