A woman has gone on a bizarre rampage inside a CBD McDonalds, leaving customers and staff reeling in disbelief as she was arrested and charged by police.

The incident occurred on the night of December 29 at the Hindley St McDonalds store in the Adelaide CBD and was recorded by multiple customers.

In the footage, a woman can be seen behind the service counter of the store before allegedly helping herself to food while hurling abuse at staff who stood by in shock.

The woman can be seen grabbing a paper bag at the service counter and looking inside, before throwing it away. She continues to walk around behind the counter yelling and swearing.

A woman has gone on a bizarre rampage inside an Adelaide CBD McDonalds store, leaving customers and staff reeling in disbelief as the woman (pictured) was arrested by police 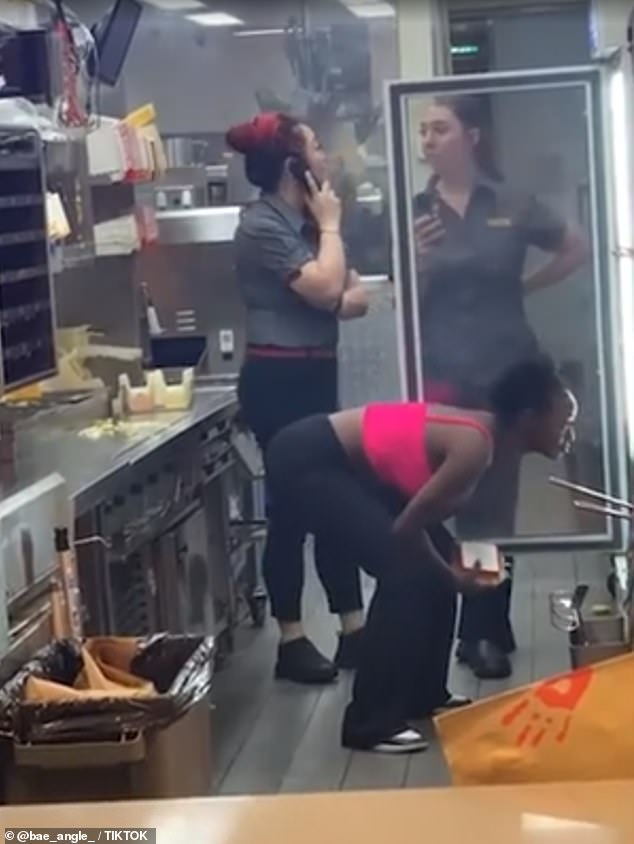 Customers can be seen watching the shocking incident unfold from the other side of the service counter, on which a pile of french fries lays scattered. Some onlookers took out their phones to record the scene.

The woman can then be seen entering the kitchen of the fast-food restaurant while yelling obscenities, before allegedly taking a burger box and using her bare hands to shovel food inside.

Two female employees stood by the woman and appear to keep a close eye on her, one with a mobile phone pressed to her ear.

The woman also appears to go into a the drinks fridge where she allegedly takes out a bottle of water for herself. 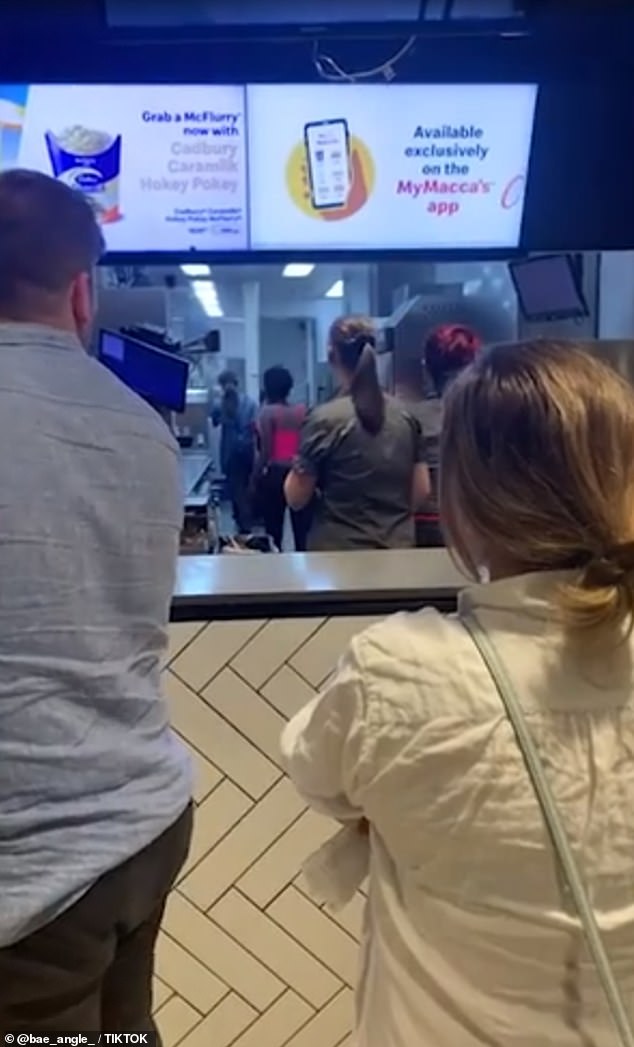 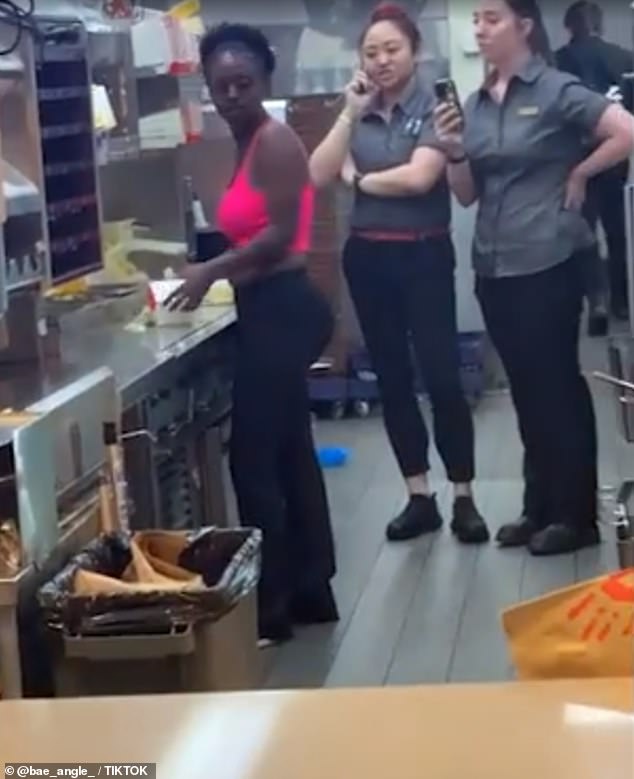 Police confirmed a 19-year-old woman from Adelaide’s northern suburbs was arrested and charged with disorderly behaviour, property damage and assault following the incident

She is then seen being detained by police who remain calm as she continues to yell and struggle.

As the woman is taken away, customers can be seen conversing with the two exasperated female staff members.

A statement provided to Daily Mail Australia by South Australia Police confirmed a woman had been arrested following the incident.

‘About 10.35pm on Thursday 29 December police were called to a fast food outlet on Hindley Street after reports of a woman acting disorderly,’ the statement read.

‘It will be alleged the woman damaged a door and threw a bottle of water at staff.

‘A 19-year-old woman from the northern suburbs was arrested and charged with disorderly behaviour, property damage and assault.’

Police confirmed the woman had been bailed to appear in the Adelaide Magistrates Court on March 3.