A woman snapped a picture of herself in the bathroom mirror perched up on a counter while she was on a vacation in Mexico.

But while Paula Sophia Garcia Espino’s picture – who is believed to be based in California – was flattering as it showed-off her legs in tiny shorts, it was the background that attracted the attention of people online.

One person shared the image on Twitter and noted the bizarre design of the bathroom, including the tissue paper roll that was far away from the toilet.

Viral: Paula Sophia Garcia Espino shared a selfie on Twitter of herself in her aunt’s bathroom in Mexico. It went viral after one person realized the toilet paper roll was far away 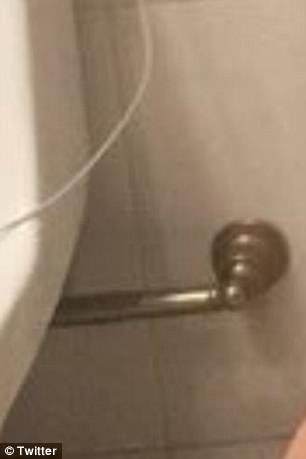 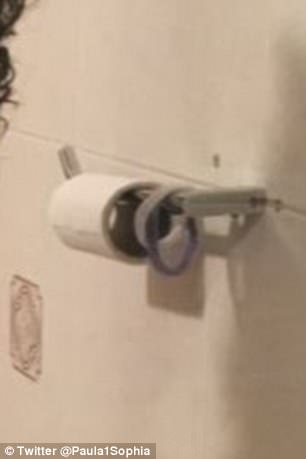 Bizarre: People couldn’t help but notice the odd parts of the bathroom, including the toilet paper roll on the opposite end and a rack underneath the bowl

Confused: Paula’s picture went viral after one person noticed how far away the roll was from the actual toilet 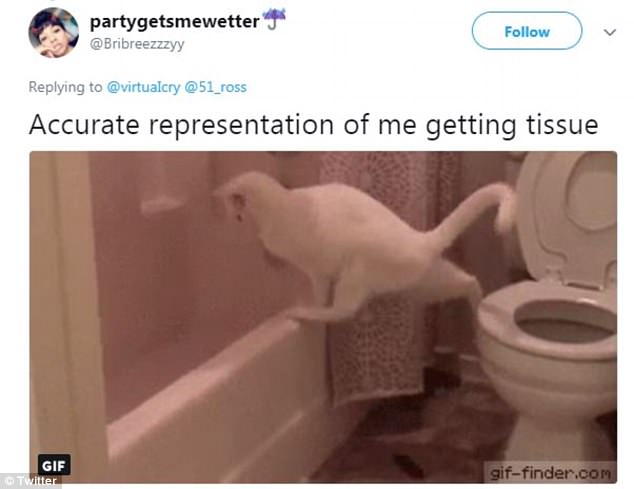 Funny: One person posted what they would have to do to get a piece of toilet paper

‘Why is the toilet paper roll so far from the toilet damn,’ one user wrote on Twitter after the selfie was posted.

His post quickly went viral and was shared more than 20,000 times by Wednesday morning.

Paula told Buzzfeed News that she never even noticed the layout of the bathroom just how she looked in the picture.

‘I didn’t actually think much of where things were placed when I took the picture,’ she said. ‘I just focused on how I looked instead of what was going on behind me.’

Besides the issue with the toilet paper roll, people also noted that there was a towel rack situated underneath the bowl.

Also, based on the mirror selfie, there was only one plug visible in the picture and it was above the toilet away from the sink.

Annoyed: Another user on Twitter couldn’t help but notice the bizarre bathroom design

Multiple issues: The bathroom also featured a charging port above the toilet, a rack below the bowl and a door that looked like it was from Narnia

Problematic: Most of the public was upset about how far someone would have to go to get a piece of toilet paper

Strange: People kept finding more issues with the bathroom the longer they looked

Twitter users were confounded by the bizarre layout and how anyone could get anything done in the bathroom.

‘The toilet is charging, the tissue paper is 1,000ft away and behind that door is The Chronicles of Narnia,’ one person joked online.

Another person wrote: ‘You gotta stand all the way up to get tissue???’

Paula told Buzzfeed that she was in her aunt’s bathroom for the viral selfie, but she had never noticed the layout before.

‘To be honest I never noticed all these odd things until people pointed them out,’ Paula said.

But she reassured the public that there is in fact a toilet paper roll right next to the toilet, but it is not visible in the picture.