A woman is earning internet applause for her savage response to a man who rudely judged her on a dating app.

Brittany Lauren from Navarre Beach, Florida, matched with a man named Rob on the dating app Hinge, and he was quick to message her with rude opinions about what he thought she was like.

‘Damn you’re stunning but I’m afraid you’d spend more time drinking/partying/ on Insta than in a relationship lol,’ Rob said, commenting on one of Brittany’s photos.

Her experience: Brittany Lauren from Navarre Beach, Florida, posted a conversation she had with a dating app match on Facebook 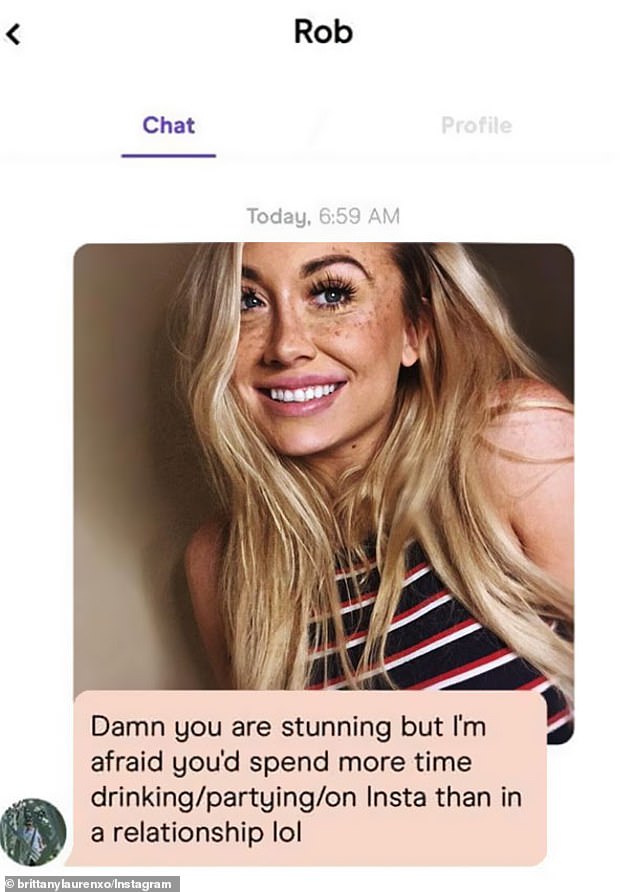 Rude: The man started off by insulting the woman, saying she looked like she only spent her time ‘drinking, partying, and on Insta’ 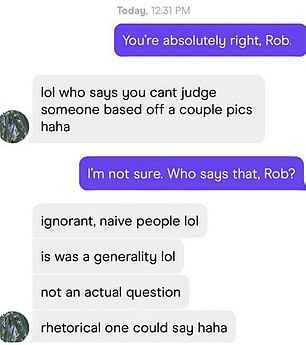 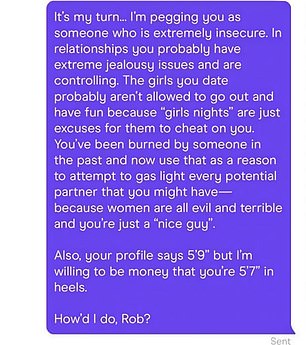 Clapping back: Brittany responded to the man and gave him her own opinion

The woman did not ‘laugh out loud’ in response — but she was inspired to clap back with a sarcastic comeback.

Whether he knew she was being sarcastic is unclear, because he then responded by applauding himself for nailing down who she really was as a person. 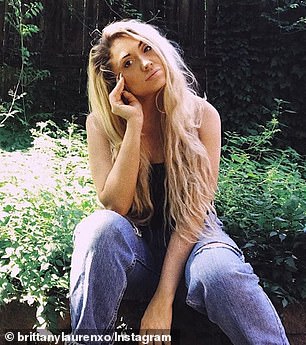 He wrote: ‘lol who says you can’t judge a person based off a couple of pics haha.’

Sarcasm only continued from Brittany, with her writing: ‘I’m not sure. Who says that, Rob?’

The conversation continued with the man not quite understanding Brittany was not into his rude opinions about what she was really like.

Brittany then reached a point where she decided to also make judgments about what Rod must be like as a person given his profile and his responses.

‘The girls you date probably aren’t allowed to go out and have fun because “girls nights” are just excuses for them to cheat on you.

‘You’ve been burned by someone in the past and now use that as a reason to attempt to gas light every potential partner that you might have — because women are all evil and terrible and you’re just a “nice guy.”‘ 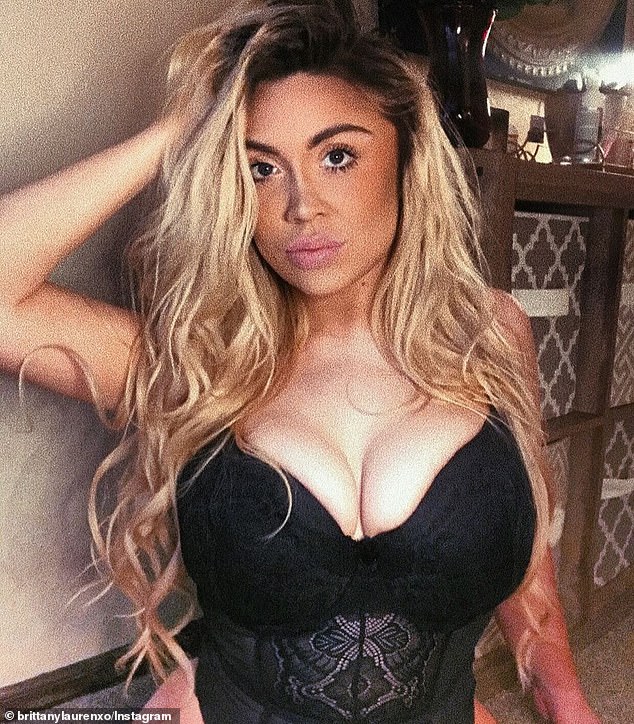 Sharing: She later shared the conversation on Facebook, and it quickly went viral

Her criticism didn’t stop there.

Speaking to Bored Panda, Brittany explained that she knew from the moment she received Rob’s message that he was ‘negging’ her, which is when man gives a backhanded compliment to a woman or outright criticizes her to make them feel insecure in hopes of scoring a date.

‘I’ve seen the tactic before,’ the woman said, admitting she knew exactly where this conversation would go. ‘I encounter men like Rob pretty often. But, hardly ever in person. Mostly online. I guess being behind a screen gives them courage to act like a jerk.’

Rob decided not to respond to her message and instead blocked her on the app, but she made sure to screenshot the messages first.

Comments: Commenters were also unimpressed with Rob’s comment towards Brittany. She revealed she received messages from other women who experienced their own ‘Rob’

Brittany’s encounter with Rob was the last straw for her on dating apps, and she decided to delete all the different ones on her phone in hopes of finding someone in person.

‘I’m going back to the old school tactic of waiting for a man to approach me in the produce section of my local Whole Foods,’ she joked.

Her friends convinced her to share the encounter on Facebook, and it quickly went viral with other people commenting how they’ve experienced their own ‘Rob’ on dating apps.

‘A vast majority of my DMs are from women sharing their stories of a “Rob” in their life,’ she said. ‘Women thanking me for giving them courage to stand up to men like Rob who think it’s okay to be hateful for no reason. If anything came from it going viral, I’m glad it was that.’

Some men were also impressed with Brittany’s wit and humor about the situation and have messaged her on the side in an attempt to ‘shoot their shot’.

With the newfound attention online, Brittany might not even need the dating apps to meet someone.