A woman who attempted to film a tutorial video explaining her ‘Macca’s Hack’ has ended up with hilarious results.

Lili Jay had just visited a McDonald’s drive-thru on the Gold Coast, Queensland and was sitting in a car with her step-daughter when she decided to share her burger wisdom.

The video begins with her precariously balancing her burger box and fries on top of her drink, demonstrating that she conveniently has one free hand to drive. 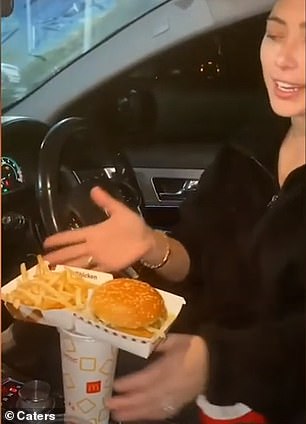 However, Lily’s tip quickly backfires with her food and her passenger’s food spilling all over them and the interior of her car in seconds, leaving them in hysterics.

People commenting on the video were shocked at the spectacular food fail.

‘Glad that’s not my ride,’ one person said.

The video even caught the attention of the fast food giant, with McDonald’s leaving a comment.

Shared on TikTok, the video went viral, gaining over 70,000 likes in under 24 hours.

McDonald’s commented on the video (pictured) which has been liked by 70,000 people in 24 hours

Ms Jay has since explained just what exactly happened in the video. 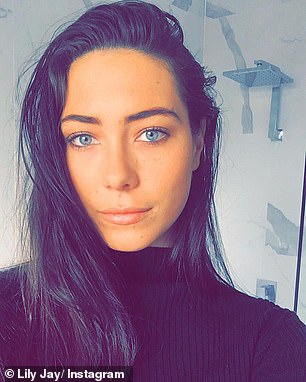 Ms Jay (pictured) is from the Gold Coast, where the video was filmed

‘I asked her to quickly film the video for me, so she put the drinks on the dashboard and when I went to drive off at the end … they just spilled everywhere.’

She said they thoroughly cleaned the car and the next day also took it to a professional car detailer so ‘there’s no smell’.

She also revealed her car is currently at the mechanics, though it is unclear if the issue is burger related. 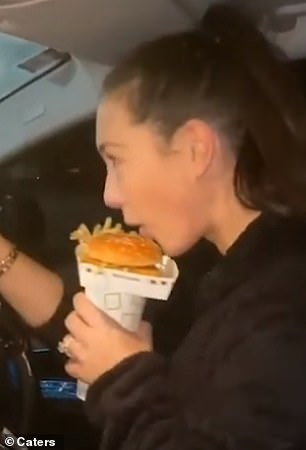 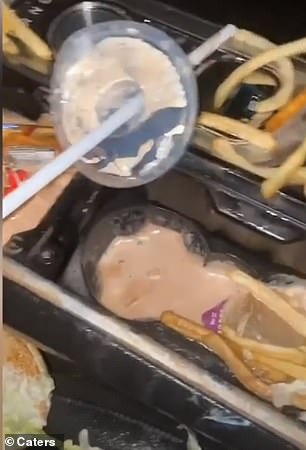 Ms Jay towards the end of the video showing she has one free hand to drive (pictured, left) and the results of the balancing act on her car (right)