Stephen Hough may be the finest pianist you have never heard of. He doesn’t court publicity; Lang Lang he isn’t. But he’s a much better pianist than the Chinese circus act. And despite Hough’s cunning plan to keep that a secret, the news has crept out over the years.

So the Royal Festival Hall was full for a cleverly planned recital, in which he combined Debussy’s two books of Images, and a few other sweetmeats, such as Clair De Lune – all from the first years of the 20th century – with Schumann’s Fantasie and Beethoven’s Appassionata from several decades before. 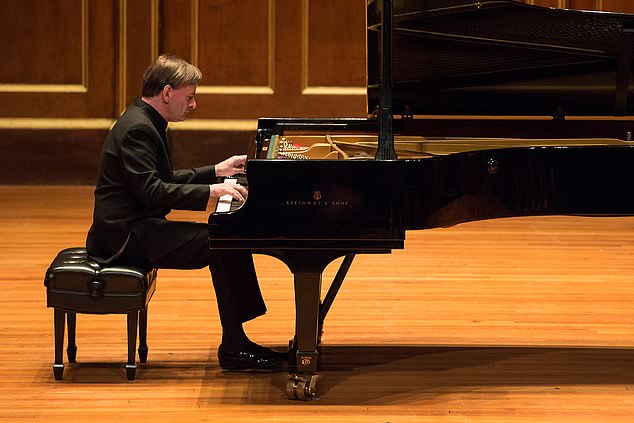 The entire programme was wonderfully well executed, with Hough’s invariable hallmarks: an extremely sophisticated technique, allied to an unerring ability

Why? Because it’s Debussy’s centenary, and Hough thinks maybe too much attention has been focused on Debussy’s influence on his successors. ‘Without Debussy, the 20th century couldn’t have happened,’ declared Daniel Barenboim.

An exaggeration, of course, but you get the drift. As Hough wrote in the programme note: ‘Debussy seems so often to take delight in mere atmosphere for its own sake: incense floating in the air, the surprise of shimmering, sparkling colours.’ Just so, and that’s what inspired so many 20th-century masters.

Hough instead wanted to illustrate influences on Debussy by including two works that, he says, ‘are also, arguably, the two composers’ greatest works for the instrument’.

The entire programme was wonderfully well executed, with Hough’s invariable hallmarks: an extremely sophisticated technique, allied to an unerring ability, while etching in all the details, to see the big picture, especially necessary in the sprawling first movement of the Fantasie. But such was the delicacy of his coloration in the Debussy pieces, I’d rather he had laid on an all-Debussy programme.

Moving from the Images to the Schumann, especially the so-called ‘triumphal march second movement’, was like watching the lights come on, the lace ripped aside and something brazenly naked leaping out.

A good recital nevertheless. And if you want to hear Hough’s Debussy at home, a fine album is available on Hyperion to buy or download.