A young plumber stabbed to death in front of his helpless mother told her ‘I’m going to die, mum’.

Luke Lembryk, 29, had been visiting his mother when two men broke into her home and stabbed him multiple times.

The men are on the run in Sydney after fleeing the scene at Condell Park in the west of the city.

Popular plumber Luke Lembryk, 29, had been staying with his mother at her home in Condell Park when two attackers broke in and stabbed him to death

The devastated family of Luke Lembryk (pictured) paid tribute to him, with his sister Sherri saying ‘his eyes smiled’

His devastated sister Sharri paid tribute to her brother, writing on Instagram: ‘His eyes smiled. They were my favourite. I wish I’d told him that. ily Jubes x’

His cousin Bretto said the family had ‘suffered a terrible loss to a great human’, saying he was ‘heartbroken and shattered’.

‘I was so proud to call you my cousin,’ he added.

‘My friend, a great godfather to my daughter and how he loved both my children.

‘It is a dark day for the Lembryk & Bradley family, All my family remain strong through this difficult time and come together to celebrate the life of our brother, son, nephew and grandchild. My heart bleeds today RIP (jubes ) Luke Lembryk I’ll love you forever my cousin.’ 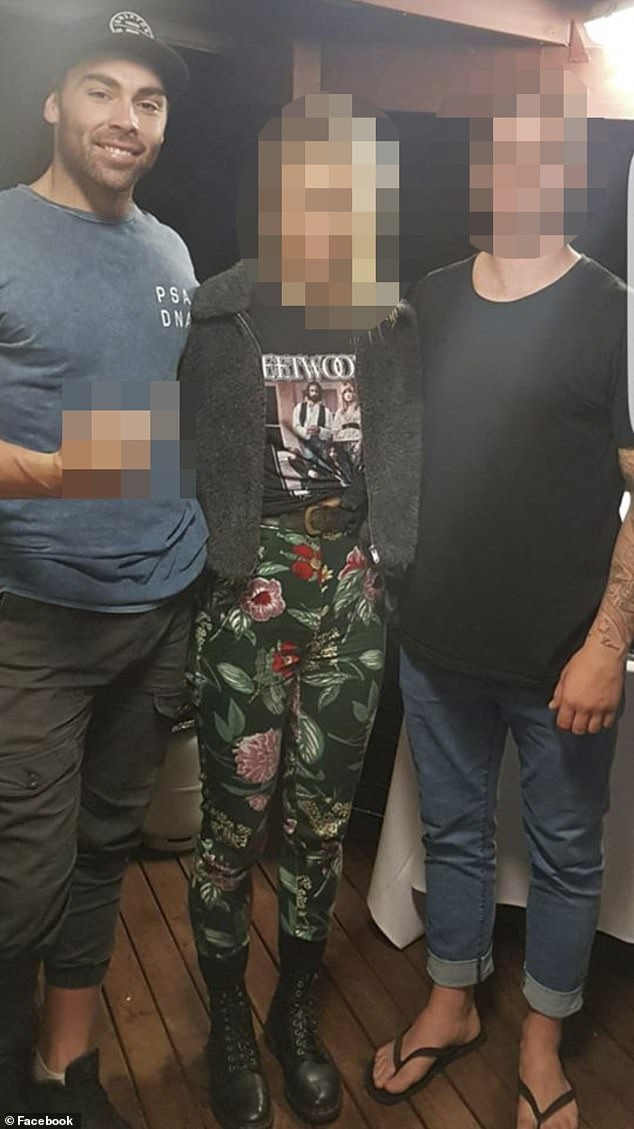 Murdered Luke Lembryk (left) pictured with family members. He was stabbed on Saturday morning at his mother’s house

Police were called to the unit at 2.45 on Saturday morning, after reports of a concern for welfare.

On arrival, they found Lembryk had suffered multiple stab wounds.

It is understood his mother was treated for minor injuries, having confronted her son’s attackers before they fled. 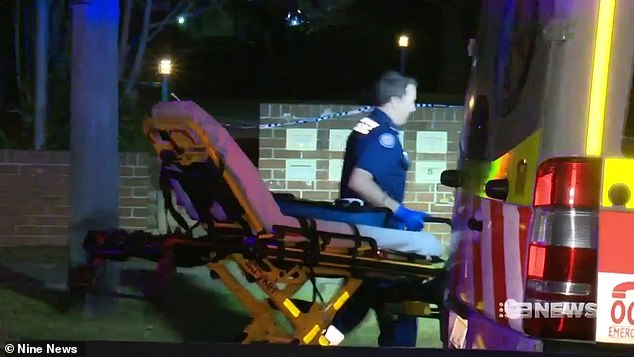 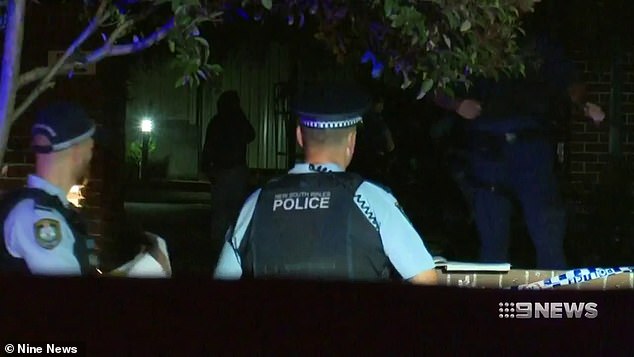 Police (pictured at the scene in Condell Park) are now searching for the two attackers, who fled the scene after stabbing plumber Luke Lembryk to death

‘We don’t believe she intervened but believe she was there and unfortunately became involved in the attack when it took place,’ Bankstown Police Detective Chief Inspector Darren Sly told the Sunday Telegraph.

‘She came out, heard noises, scuffling and was confronted by the people.’

The paper reported that his last words to his devastated mother were ‘I’m going to die, mum’.

The murder weapon has not yet been found.