An American Airlines flight from Charleston to Dallas had to be diverted to Alabama after part of its wing fell off due to turbulence.

Flight 3729 right winglet – an extension of the wingtip – fell off somewhere around Birmingham on Tuesday during ‘moderate to severe turbulence’ while the plane was flying at 36,000 feet, the FAA pilot’s report stated.

The flight took off from Charleston International Airport around 6pm before being diverted to Birmingham-Shuttlesworth International, landing on the tarmac shortly before 7pm and taxiing up to the gate ‘under its own power,’ the airline said.

American Airlines confirmed to DailyMail.com on Thursday that the plane was diverted due to ‘a possible mechanical issue.’ An urgent alert was sent to Birmingham with the remarks: ‘Lost part of wing.’

American Airlines Flight 3729 lost its right winglet (pictured) on Tuesday evening after experiencing ‘moderate to severe turbulence.’ The flight took off from Charleston around 6pm before being diverted to Birmingham-Shuttlesworth International, landing on the tarmac shortly before 7pm 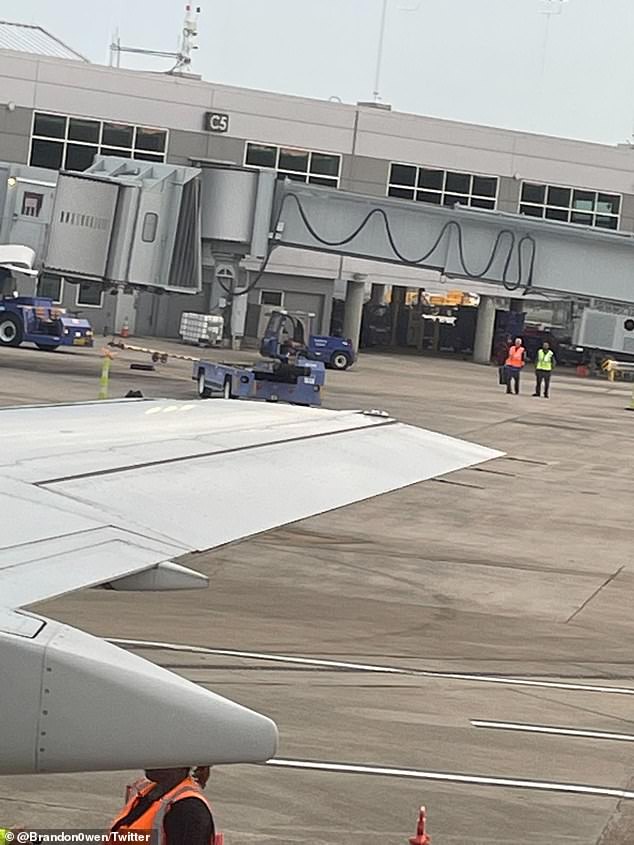 A significant portion of the wing fell off (pictured) during turbulence, causing the pilot to send in an urgent alert to Birmingham, requesting to land. Passenger Brandon Owens, who took the photos, said the ride and landing were ‘smooth,’ despite the missing winglet 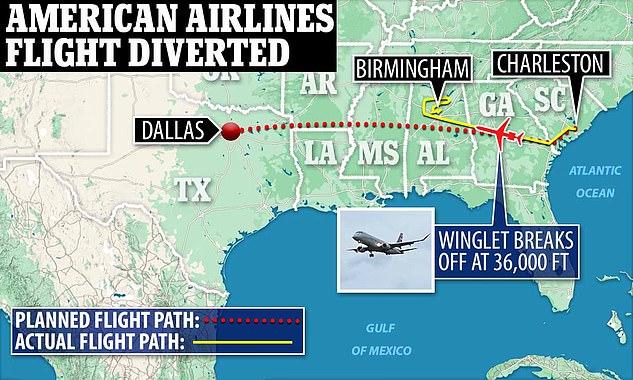 The flight was originally supposed to land in Dallas, but was diverted to Birmingham after the winglet fell off

Passenger Brandon Owen said on Twitter that it was a ‘surprisingly smooth flight and landing.’

Passengers were later put on another flight to continue their path to Dallas.

The aircraft is now under investigation by the airline. Airline spokesperson Derek Walls told the Dallas Morning News: ‘Upon arrival, the aircraft was taken out of service for evaluation by our maintenance team and all customers were transferred to another aircraft, which departed BHM for DFW last night.’

The plane is still currently at Birmingham airport, according to the Dallas Morning News.

Planes can fly without winglets, however, ‘without them, the plane will have to deal with more vortex drag and will not be able to fly as easily,’ the Smithsonian National Air and Space Museum reported.

‘It will still be able to fly,’ the museum said. Winglets are usually seen on newer planes. 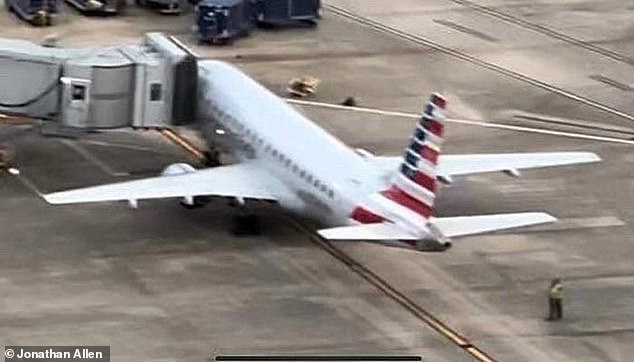 Planes can flight without winglets, but those with positioning lights on the winglets, like AA Flight 3729, cannot fly after dusk. American Airlines did say the flight was able to taxi up to the gate ‘under its own power’ 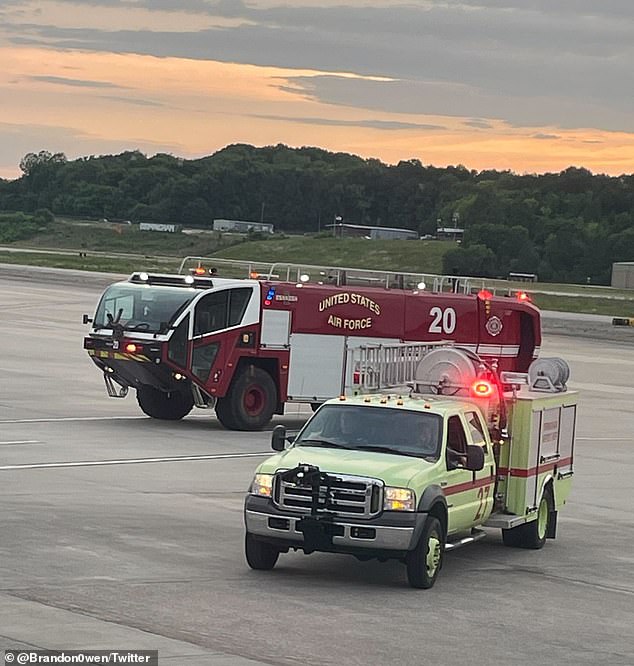 No passengers or crew members were injured, but fire crews did meet the plane on the tarmac upon arrival. All passengers were later put on a flight to Dallas, their original destination

However, a Twitter user who goes by AZTacoCat, said the jet’s ‘position lights’ were on the winglets, therefore, the plane could not continue flying after dusk.

It is unclear if the passengers were in any serious danger with the missing winglet, but fire crews did meet the plane on the tarmac in Alabama. No passengers or crew members were hurt.