Putting divorce rumours to rest! Home and Away star Sarah Roberts proudly flashes her wedding ring following speculation her marriage to James Stewart was over

Rumours have recently had swirled that her marriage to her husband of three years, James Stewart, is on the rocks.

But Home and Away star Sarah Roberts shut down the speculation of an impending divorce as she proudly flashed her wedding band on the red carpet at the AACTA Awards in Sydney on Wednesday.

The brunette beauty was beaming as she arrived to the prestigious event in a dazzling white feathered frock.

She accessorised the gown with a gold clutch handbag and a pair of drop earrings.

The actress was glowing in a luminous makeup palette and wore her long locks down and draped over one shoulder.

Earlier this month, Sarah’s partner and former Home and Away co-star James also shut down rumours of trouble in paradise as he wished his wife a happy birthday.

‘Happy birthday baby,’ he wrote on his Instagram page along with her portrait on December 4.

Later Sarah replied to the post which implied the pair were still together.

‘Thanks for ripping it up with me on the dancefloor last night… such a fun birthday baby,’ she wrote afterwards. 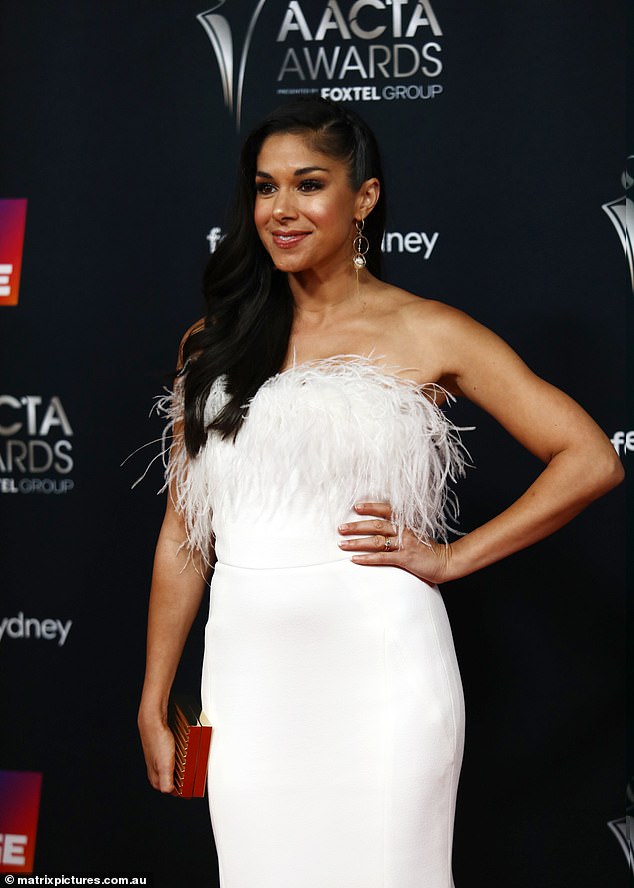 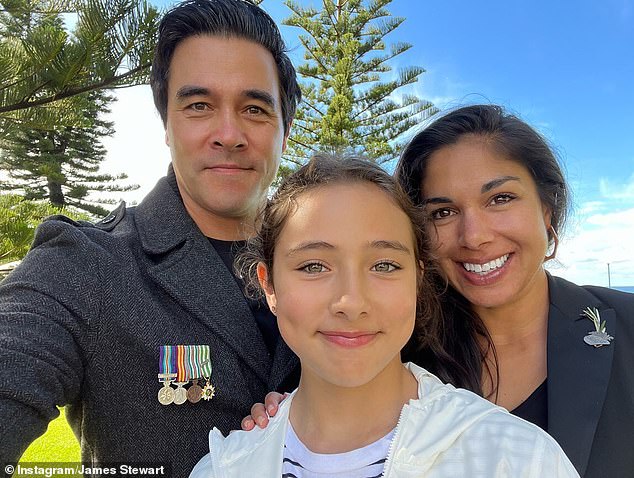 Rumours have recently swirled that Sarah’s marriage to her husband James Stewart is on the rocks, but they have since been put to rest. They are pictured here with his daughter Scout

Rumours sparked after Patrick, who married Sarah in 2019, was notably absent from the premiere of his wife’s latest film, Wog Boys Forever, on Thursday night in Melbourne.

According to the Daily Telegraph, Stewart was ‘nowhere to be seen on the red carpet’ and Stewart is no longer following her on Instagram.

However, Roberts’ agent denied claims of a split and the actress was still wearing her wedding ring at the event.

He had proposed to her at a restaurant where they’d had their first date the previous year.

They tied the knot at Luttrellstown Castle near Dublin in July 2019.

Patrick shares his daughter with ex Jessica Marais, whom he met on the set of Packed to the Rafters in 2009. 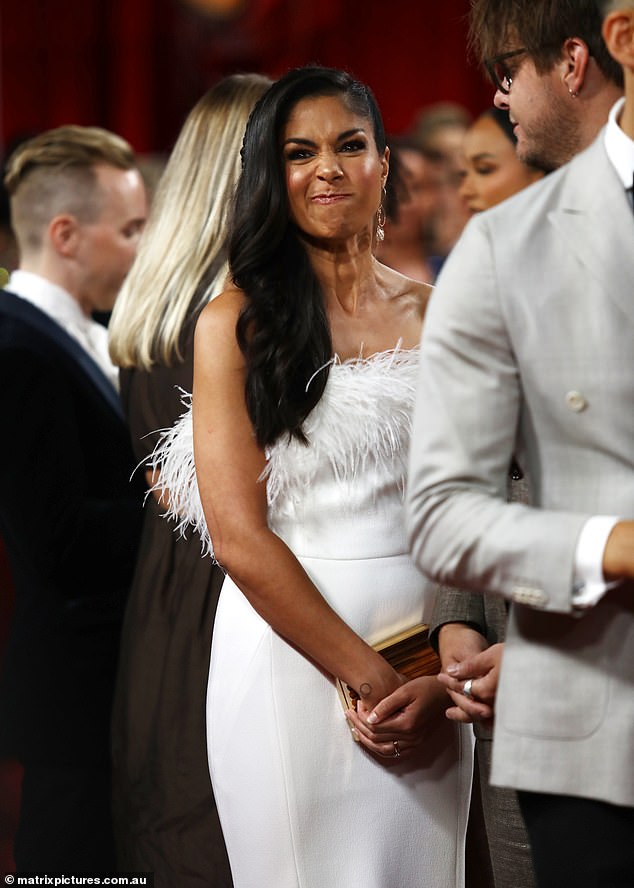