A controversial Pakistani TV host, televangelist and politician has been found dead at home at the age of 50.

Aamir Liaquat Hussain, a former member of Imran Khan’s party, was found unconscious in his locked bedroom in Karachi early today. Medics were called but he was pronounced dead on the way to hospital.

It comes less than a month after Liaquat’s third wife – 18-year-old Syeda Dania Aamir – filed for divorce, alleging he was an abusive alcoholic who forced her to film pornographic videos with other men, claims he denied.

Liaquat was both a hugely popular and hugely divisive figure in Pakistan – a former televangelist and religious affairs minister who went on to host game shows in which he once gave away babies to childless couples. 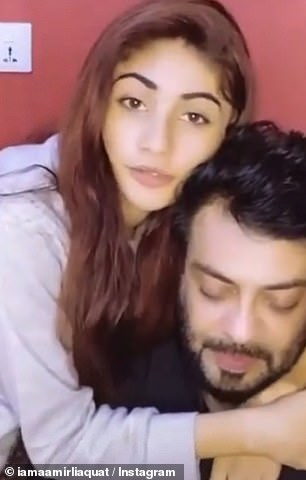 Aamir Liaquat Hussain, a controversial Pakistani TV host and politcian, has been found dead at home weeks after getting divorced from 18-year-old third wife Dania (left and right) 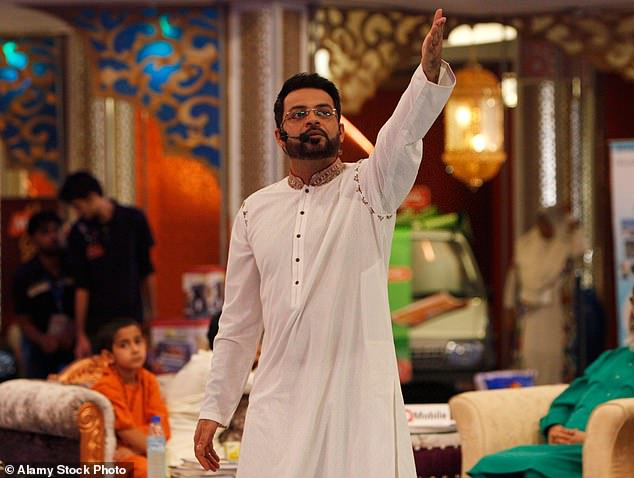 Liaquat rose to prominence as a televangelist in the early 2000s before becoming religious affairs minister, then went back to television after being forced to resign in 2007

Servant Javaid, who spoke to Pakistani paper Tribune, said he had knocked on Liaquat’s locked bedroom door several times in the morning but got no answer.

He called authorities, who forced down the door and found Liaquat unconscious.

Javaid said Liaquat had complained the night before of chest pains, and had been in mourning for his marriage – accusing his ex-wife of placing a ‘curse’ on him.

Liaquat’s career began on Pakistan’s popular Geo TV channel in 2001, where he hosted a religious show called Aalim Online which gained him a huge following.

The son of a politician father and columnist mother, he got his own start in politics in 2002 when he won election as part of the Muttahida Qaumi Movement party.

Liaquat was quickly promoted to religious affairs minister by then-Prime Minister Shaukat Aziz, a post he served in until 2007 when he was forced to resign for saying British-Indian author Salman Rushdie ‘deserved death’.

He returned to TV, this time hosting a wildly-popular game show called Ramazan that was broadcast in marathon seven-hour daily slots during the Muslim holy month.

During the shows, audience members were picked on to answer questions about the Koran and were awarded big-ticket prizes such as motorbikes, washing machines, microwaves and fridges.

A hugely controversial series of shows in July and August 2013 saw Liaquat give away babies to childless couples picked from the audience. 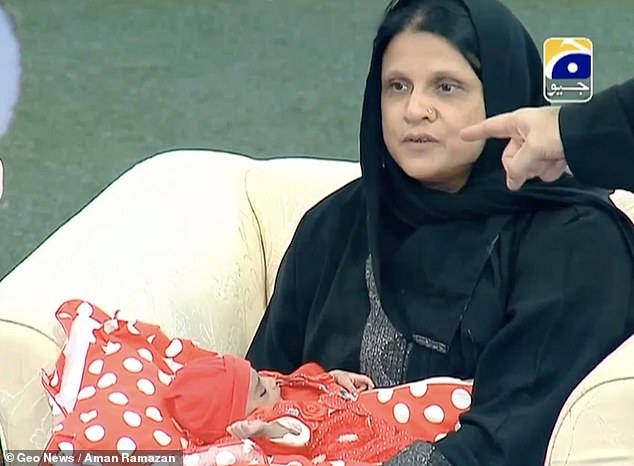 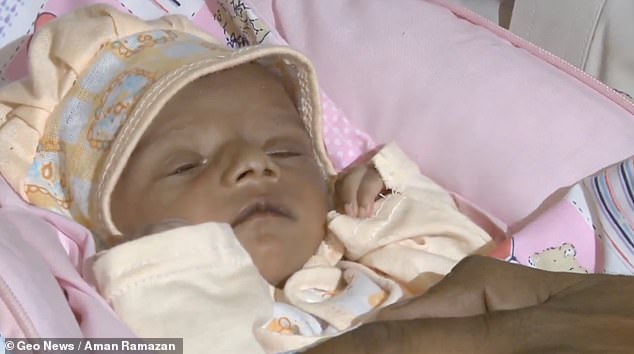 The babies had been donated to the show by a charity which found them abandoned in Karachi, and Liaquat insisted the parents had been vetted

Liaquat defended the episodes, saying the children were brought to him by a charity that collects abandoned babies from the streets of Karachi and the couples had been vetted beforehand.

But, CNN reported at the time, the couples had not been told in advance they would be given children during the show and were asked to sign any paperwork – meaning the adoptions were not legally binding.

He then revived his political career in 2018, winning election a second time as a member of Imran Khan’s PTI party, before splitting ways with the body after Khan was ousted in a vote of no confidence earlier this year.

Liaquat’s personal life was also turbulent. It is not clear when Liaquat married his first wife – Bushra – but the pair were together long enough to have two children: Daughter Dua and son Ahmed.

They divorced some time before 2020, with Bushra later revealing that Liaquat broke the news to her over the phone in December that year while speaking alongside his second wife – Syeda Tuba Aamir – who he had married two years earlier. 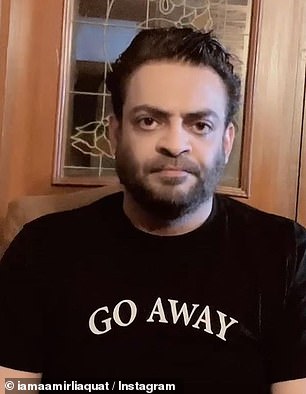 Liaquat had become embittered since his third divorce, hinting that he planned to leave Pakistan ‘forever’ in social media posts

Pakistani marriage laws allow a husband to divorce their wife without the wife’s consent or knowledge, after which he is free to remarry.

But the second union lasted just two years, with Tuba filing for divorce via khula – a split that the woman initiates – in February this year.

Liaquat wasted no time in remarrying, this time to 18-year-old Dania, who he tied the knot with later the same month.

But that marriage fell apart even quicker, with Dania revealing she had also filed for divorce via khula in May, after only four months together.

Dania attempted to justify the move in a tearful Instagram video in which she accused Liaquat of being an alcoholic, a drug-taker, physically and emotionally abusive, and of prostituting her out to other men.

She claimed he was impotent and forced her to have sex with other men on video, which he would then distribute to people overseas.

If she refused, then Liaquat would lock her up for days on end, she claimed. He also threatened to shoot her, strangled her, and beat her in front of the servants, she said.

Liaquat denied all the claims, but Dania said she had evidence she was willing to present at their upcoming divorce hearings. 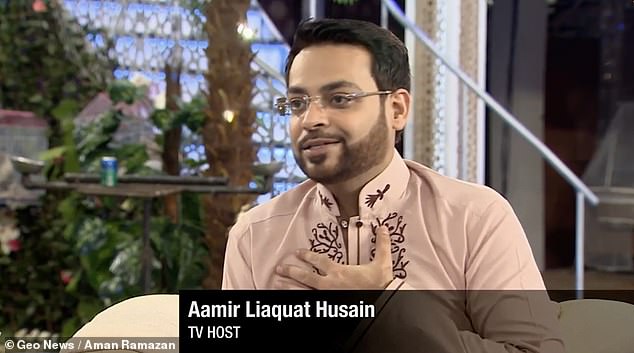 Liaquat had returned to politics in 2018 as part of Imran Khan’s PKI party, but resigned recently as the leader was ousted in a confidence vote

Around the same time, photos of Liaquat in compromising positions were also published.

Liaquat reacted by uploading embittered posts to Instagram in which he bid farewell to his country and ex wives, claiming they never cared for him.

In one such post, on May 18, he wrote: ‘After a while will release my last statement regarding the filthy fiasco from the land of Pakistan and then leave forever.’

News of his death triggered an outpouring of grief.

President Dr Arif Alvi’s spokesman wrote on Twitter: “The president expressed sympathy and [prayed for the strength of] the family [to bear the loss].”

‘He proved his mettle in various fields of life from writing and speech.’