Aaron Carter has claimed he was raped by his late sister when he was a child.

Aaron, 31, posted the tweets on Thursday morning in retaliation after Nick and their sister Angel filed a restraining order against him.

They say he is a danger to the family and has fantasized about killing Nick’s pregnant wife.

Despite the fact that he openly calls himself a bipolar schizophrenic, he legally owns guns.

In response to their claims on Thursday, Nick – whose addiction problems have been well documented but who says he is now clean and in recovery – made a slew of accusations.

Aaron Carter claimed on Twitter that his late sister Leslie raped him when he was a child. Leslie died in 2012. They are pictured together in 2006 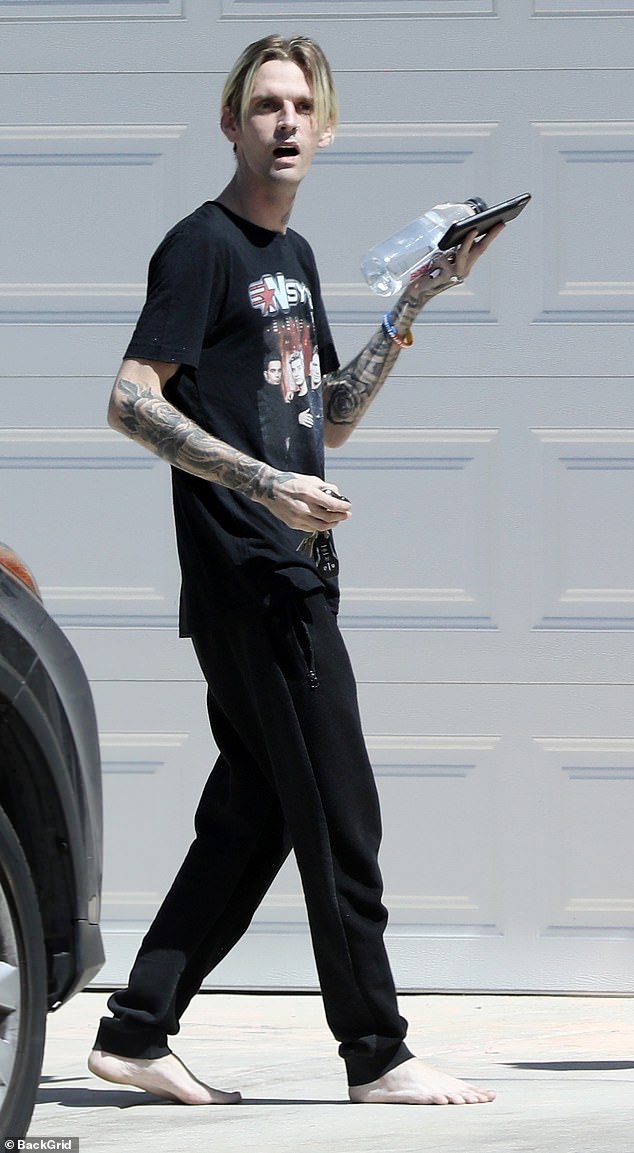 He likened his brother to Jeffrey Epstein, claims he bullied him when he was a child and says he is a ‘serial rapist’.

He sided with his brother’s 2017 rape accuser, Melissa Schuman, who told her story at the height of the #MeToo movement, and also claimed he had targeted other girls.

Aaron also alleged that his twin sister Angel has teamed up with Nick and his wife to ‘bully and silence him’.

He claimed she smoked marijuana while she breastfed and also alluded to her having a problem with Xanax.

In one of the most shocking claims, Aaron said he was raped by their late sister Leslie when he was a child.

Leslie died in 2012 from a drug overdose. She was a mother-of-one.

The tweets come amid growing concern for Aaron who says he is no longer taking drugs but who has a long history of substance abuse. 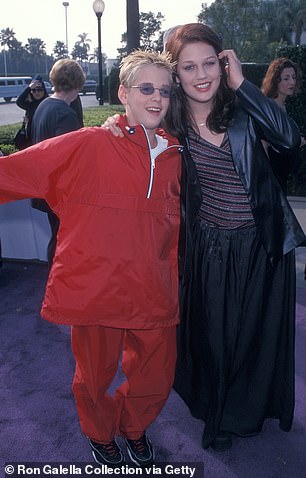 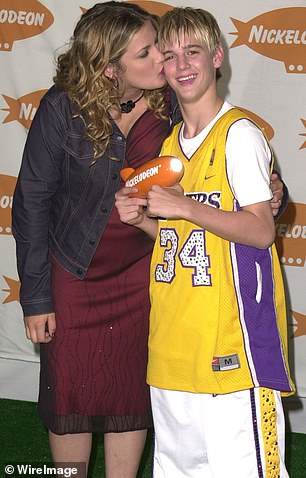 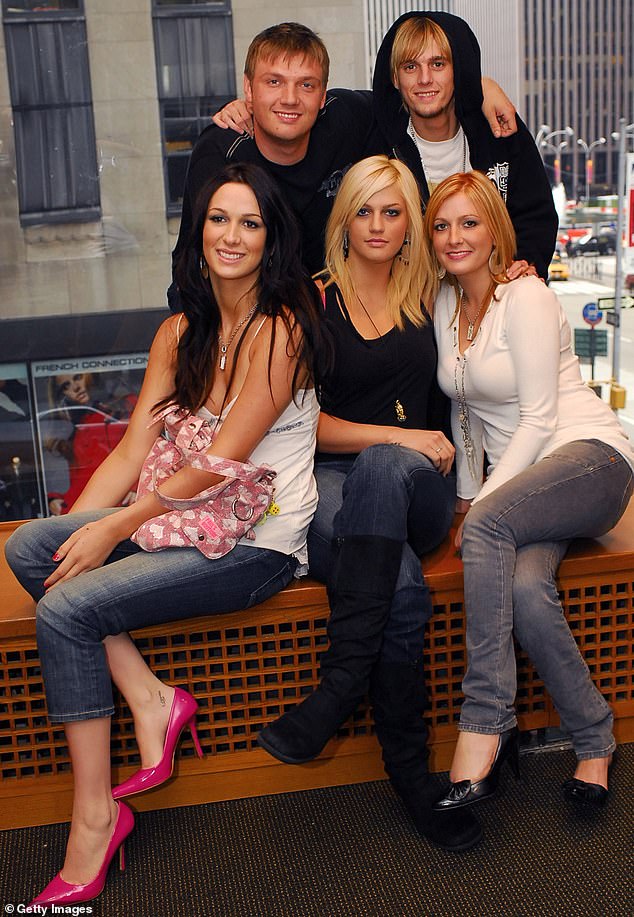 The family in happier times in 2006. Nick and Aaron are in the back row with sisters Angel, Leslie and Bobbie in front of them 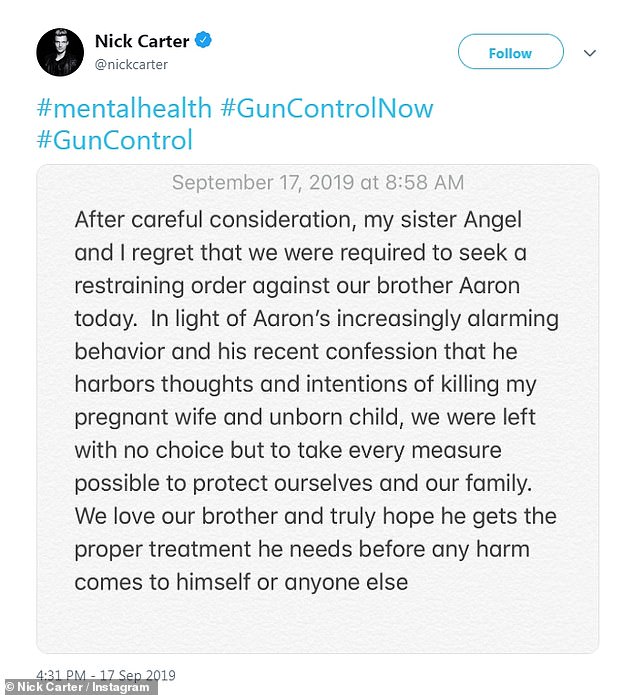 Afraid: The former Backstreet Boy posted a statement on his Twitter Tuesday to explain why he’d gone to court 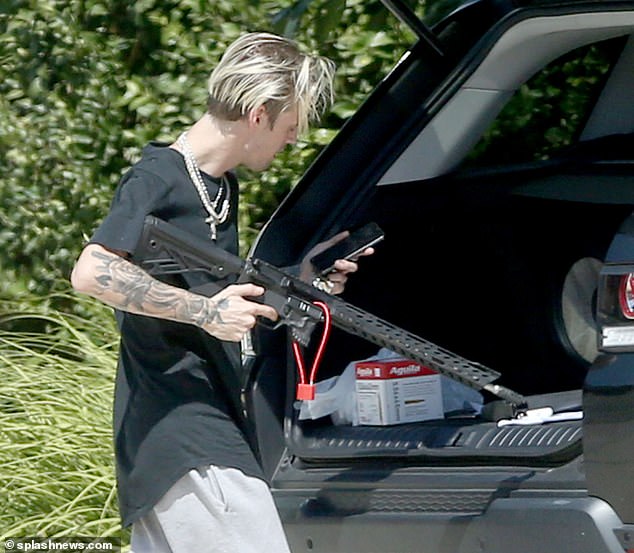 Armed: Aaron has been open about the fact he owns a collection of firearms. He was snapped toting an assault rifle in Lancaster, California earlier this month 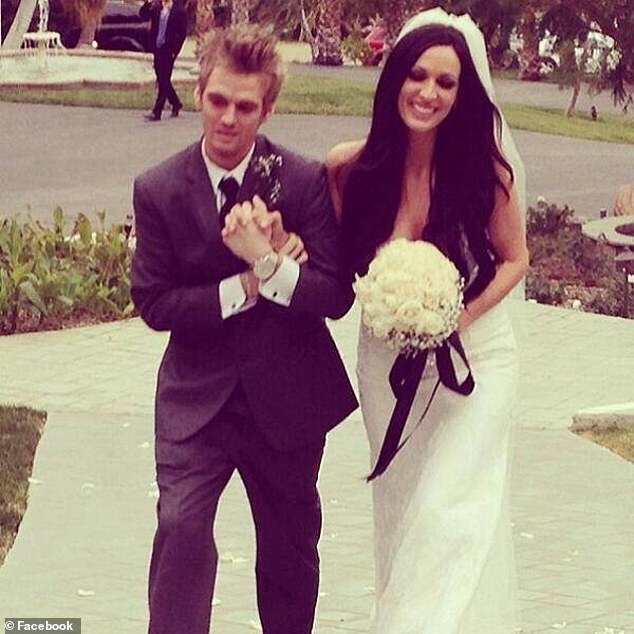 It is the latest development in the years-long rift between him and his brother and the most recent in a string of dark, public scandals that have plagued the famous family.

On Wednesday, Nick announced that he and Angel had taken out a restraining order because they were worried Aaron would hurt them.

Specifically, Angel claimed Nick had told her that he fantasized about killing babies and Nick’s pregnant wife.

They added they were particularly scared because Aaron legally owns guns and is allowed to keep them. He has been photographed recently with a large rifle at his home.

Aaron said in one of his tweets that he had been allowed to keep his weapons and had been visited by the police.

DailyMail.com contacted representatives for Aaron but did not immediately receive a response.

Representatives for Nick did not immediately respond to inquiries.

Aaron claims to have removed himself from his family and is now only on good terms with their mother.

She has a drinking problem and he says he helped her seek treatment.

His drug addiction was huffing, the act of inhaling industrial chemicals which can be legally purchased in DIY stores.