Aaron Carter has unveiled a large new tattoo on his face amid ongoing questions about his state of mind.

The former child star revealed the inking on Instagram on Saturday, stating in the caption: ‘I’m the biggest thing in music right now. I can’t be denied. Fact check me.’

The tattoo covering the left side of the 31-year-old’s face showed Medusa, the Greek gorgon with snakes for hair. 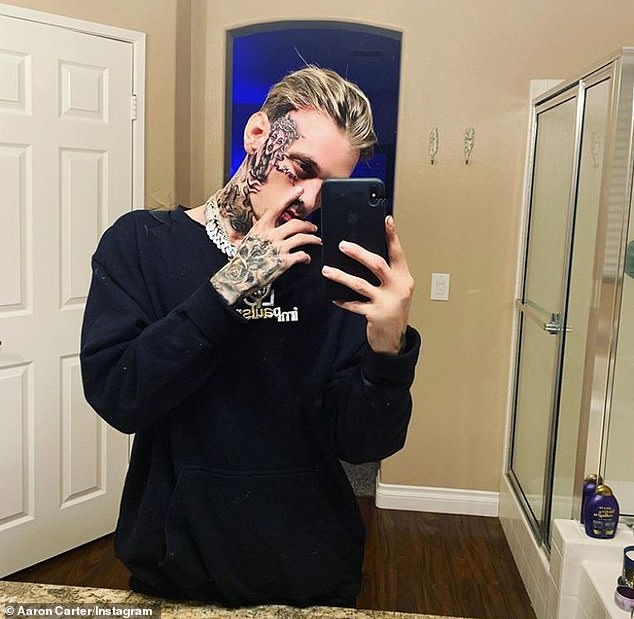 Unmissable: The tattoo covering the left side of the 31-year-old’s face showed Medusa, the Greek gorgon with snakes for hair

While already heavily tattooed, the inking is the first on Carter’s face.

The new tattoo comes after Carter’s Backstreet Boys star brother Nick, 39, and twin sister Angel, 31, obtained restraining orders keeping him away from them and their families.

Speaking to a camera crew in Lancaster, California, on Wednesday, Carter said he’s been doing well amid the family crisis.

His siblings had claimed they felt in danger amid Aaron’s ‘increasingly alarming behavior’ combined with the arsenal of handguns and rifles he’s shown off on social media.

Responding, Carter said he had been getting treatment and had sold his firearms.

He showed cameramen police documents to show he surrendered a chunk of his firearm collection to authorities in compliance with the restraining orders, and said he sold the rest off. 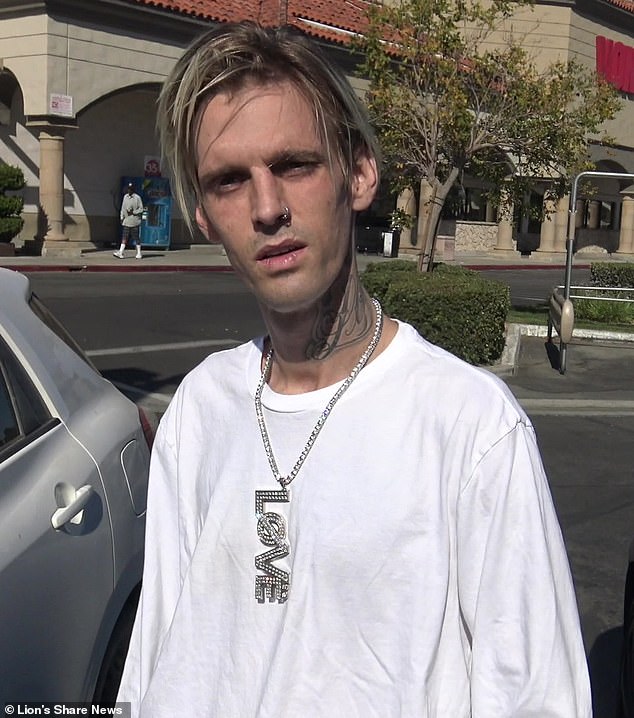 The latest: Aaron opened up on Wednesday in Lancaster, California about a variety of topics linked to his dispute with his family amid ongoing questions about his state of mind

‘I sold all my guns yesterday,’ the Saturday Night artist said.

Asked how his relations with family members became so strained, Aaron said: ‘I don’t want to speak about my family anymore, really, it’s just not something that I want to mention, cause I kind of feel like it’s like a set-up, left and right, and I just want to avoid it.

‘If you look at what’s going on, I mean, you can see for yourself with the documented evidence, police reports, how all the dots are connecting and, at this point, I’ve done all I can do.’

Aaron said he doesn’t speak with his brother Nick, who claimed on social media earlier this month that Aaron admitted ‘he harbors thoughts and intentions of killing my pregnant wife and unborn child.’

Aaron questioned the timing of how long it took Nick to contact authorities about the troubling communications he cited in his bid for a restraining order.

He vowed he ‘will prevail’ in the dispute, adding, ‘And the truth will set you free.’ 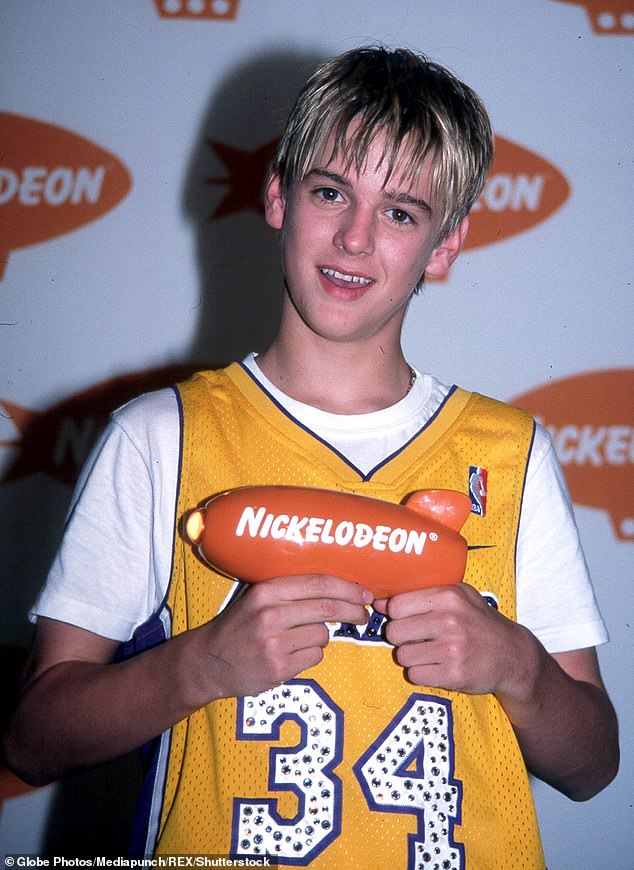 The Sooner or Later singer was also candid on his mental health and sobriety in the chat, indicating that he’s seeking professional help: ‘I’m in a good place … I’m getting the help that I need … they have to figure out, exactly, what’s going on with me, I’m going through the right people.’

The music producer and DJ noted incremental improvements he’s made in regards to substance abuse, saying he’s ‘two years clean and sober from huffing’ and has ‘already tapered off of Xanax now, for five days’ with help from Dr. Ish Major.

Aaron said his professional life is surging as well, as he’s been in talks to work on TV projects with the networks MTV and WeTV.

Carter was just nine years old when he released his self titled debut album, selling a million copies worldwide.

His next two albums went platinum and he was soon touring with his big brother’s band, The Backstreet Boys, and making guest appearances on Nickelodeon. 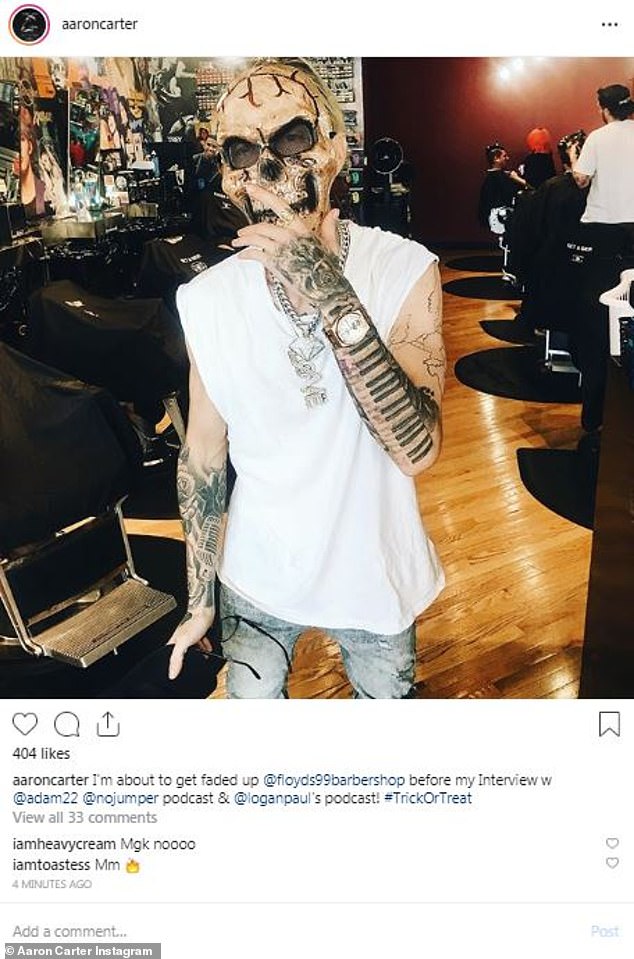 Trick or treat: Carter showed off a skeletal mask as he readied for more interviews