Aaron Rodgers will have a ‘big voice’ in the Packers’ decision on whether to sit him for promising backup Jordan Love but the quarterback WILL play against the Bears today, despite injury woes

Aaron Rodgers will continue to fight through the pain while the Packers mull over whether they should sit the back-to-back MVP.

Rodgers is battling a fractured thumb on his throwing hand, suffered in October, and a rib contusion which occurred in their loss on MNF last week at Philadelphia.

Alongside backup Jordan Love’s succeeding performance, it has prompted calls for the 4-8 Packers to give the youngster a greater opportunity.

Green Bay’s dwindling playoff hopes provide an additional reason as to why the incumbent should heal up.

Love stepped into the game last Monday looking rather impressive in mop-up duty, completing 6/9 passes for 113 yards and a touchdown.

Though NFL Network’s Tom Pelissero reports Rodgers will have be collaborative in discussions surrounding the possibility of Love’s temporary ascension. 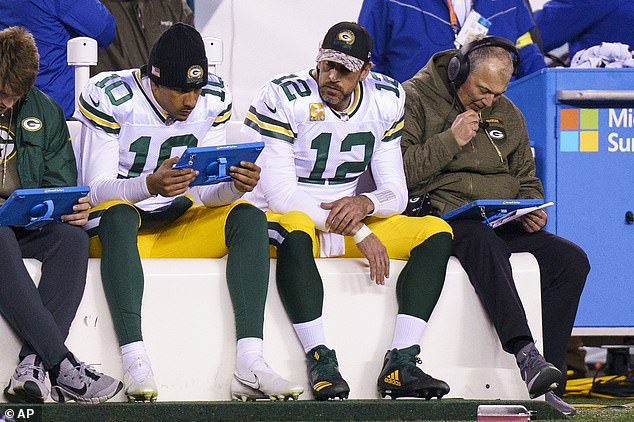 However, the four-time MVP will ‘have a big voice’ in proceedings. Earlier this week, Rodgers revealed he would prefer to start the entirety of the season but recognized that may mot be an absolute reality.

‘I’d love to finish the season out, but I understand this is a business and there’s a lot of us kind of older guys who play a decent amount and they might want to see some younger guys play,’ Rodgers told reporters Wednesday. 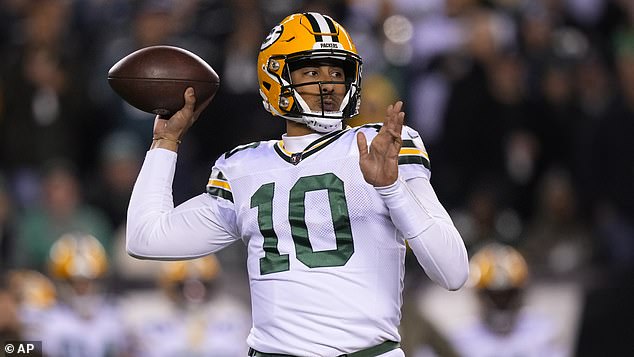 Despite the game being virtually beyond Green Bay, Love impressed when put onto the field

‘I want to win out and we don’t have to have those conversations,’ he added. ‘I understand if we don’t that’s a possibility to have that conversation.’

Rodgers is set to start Sunday vs. Chicago in the NFC North grudge match.

The 39-year-old has reportedly been experimenting with a different type of pads this week and may wear some sort of a rib guard to protect himself from the Bears pass rush.

Prior to Sunday’s action, Green Bay are three games out of the final two wild card places in the NFC. 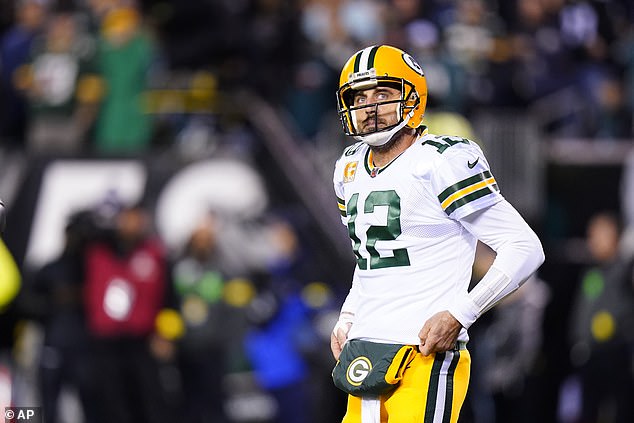