‘It’s nice to hear the praise’: Aaron Wan-Bissaka reveals his delight at Manchester United fans’ ‘reaction to his tackles’ and says support has boosted his performances during debut season at Old Trafford

Signed from Crystal Palace in a big-money deal over the summer, the 22-year-old’s first season at the club has had its fair share of ups and downs.

United have put in some poor performances yet head into 2020 with the Carabao Cup semi-finals and Europa League knockout phase to look forward to.

Ole Gunnar Solskjaer’s side are also just four points off the Champions League spots in the Premier League heading into weekend, with Wan-Bissaka confident the club can make strides over the coming weeks and months. 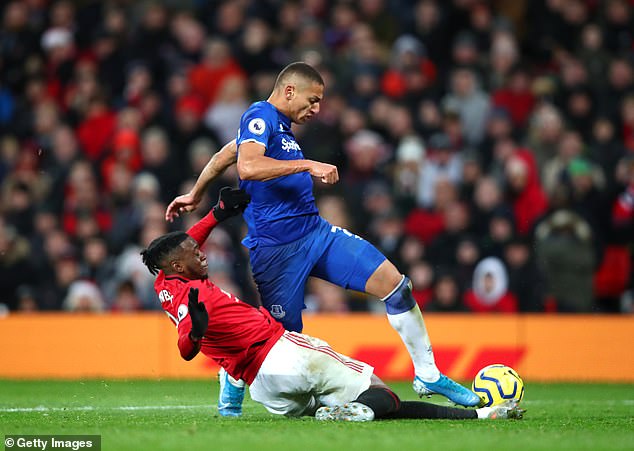 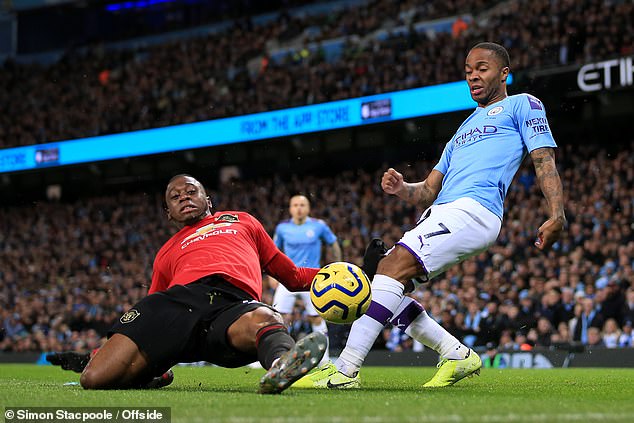 ‘I’m happy with the team and what we’ve done together, so far, and I think there’s more to come,’ he said ahead of Sunday’s trip to Vicarage Road to take on Watford.

‘That’s why I joined – to be a part of such a great club. The fans have been great. They help me in every game and their reactions to my tackles help me a lot during games. It’s nice to hear the praise.’

Wan-Bissaka has been embraced by the club’s fans since his summer arrival thanks to his unerring knack to get a foot in and win a tackle when it looks beyond most. 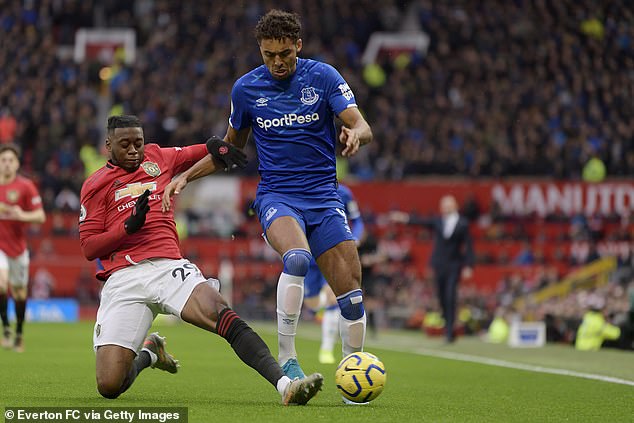 The right-back was United’s man of the match in the recent 2-1 derby triumph at Manchester City for the way he excelled in defence, but he is not getting carried away.

‘My first derby was a good experience,’ Wan-Bissaka told MUTV.

‘I was excited for it and I was excited after the game. It was a terrific week for us. At the end of the season, I’ll look back (at the statistics). It’s always good to know the numbers are high.’

Wan-Bissaka, who has yet to be capped by England, is set to make his 20th appearance of the season when United travel to Watford.

Paul Pogba will again be among the absentees when Solskjaer’s side head to Hertfordshire, but the manager is confident the squad is in a good place heading into Christmas.

‘I feel the squad is ready for it,’ Solskjaer said. ‘We’re physically ready for it and, mentally, we’re in a good moment as we’re getting some decent results.

‘The fitness of many players, they’re coming back and we’re getting more and more competition for places.

‘It’s important and why we’re rotating. We’re getting players back in training and it’s, more or less, a full squad training now. That’s good to see. Who is match fit and who isn’t is a different scenario.’