Former Roger Stone prosecutor Aaron Zelinsky testified Wednesday that career prosecutors were told their jobs were on the line after the Justice Department overruled them on sentencing for the president’s longtime associate.

‘We were told that we would be fired,’ Zelinsky told the House Judiciary Committee when asked about his testimony about ‘pressure’ from higher-ups in the Stone case.

He was responding to a question from panel chairman Rep. Jerold Nadler (D-N.Y.) who asked: ‘What were you told could happen to you if you refused to go along with this lower recommendation?’ in relation to Stone’s recommended sentence.

Career prosecutors had recommended the political fixer get up to nine years in prison.

Zelinsky, who resigned his role on the case, said in his opening statement: ‘I was told that the department cut Roger Stone a break because of his relationship to the president.’

He spoke at a Judiciary Committee Wednesday where another witness said Attorney General Bill Barr, who oversaw the intervention in Stone’s case, was a ‘threat to the rule of law.’

‘William Barr poses the greatest threat in my lifetime to our rule of law and to public trust in it,’ said former Deputy Attorney General Donald Ayer at the start of the contentious House hearing.

‘He does not believe in its core principle: that no person is above the law’ said Ayer, who held the post under President George H.W. Bush.

Zelinsky said the pressure he saw and heard about came from above – although he did not identify specifics at first.

‘This leniency was happening because of Stone’s relationship’ with Trump, said Zelinksy. Stone is a longtime informal advisor of Trump’s.

‘What I saw was that Roger Stone was being treated differently from every other defendant. He received breaks that are in my experience unheard of,’ said Zelinsky, who said he testified remotely for family reasons related to the coronavirus.

Republicans sought to go after Zelinsky for holding back specifics in his testimony and for his decision to appear remotely.

‘Who told you?’ asked Jordan, an Ohio Republican, who wanted to know about Zelinsky’s claim of pressure. Zelinsky identified the head of the fraud and public corruption section.

‘It sounds like you heard stuff that you’re now bringing to this committee as fact,’ said Jordan.

Rep. Mike Johnson of Georgia at first appeared to have Zelinsky on his heels when he learned under questioning that he was participating in the hearing from his lawyer’s office just a half mile away from the Capitol.

Zelinsky said he was reticent to discuss his family and his coronavirus concerns. Then he revealed: ‘I have a newborn child, congressman.’

‘The witness is complying with the rule of the House,’ Nadler interjected.

Johnson said he was ‘not quibbling with you about family concerns, but a lot of people have them.’

The Democratic-run panel subpoenaed Zelinsky, a Robert Mueller prosecutor, in a hearing featuring ‘whistleblowers’ who will testify about alleged politicization of Bill Barr’s justice department. 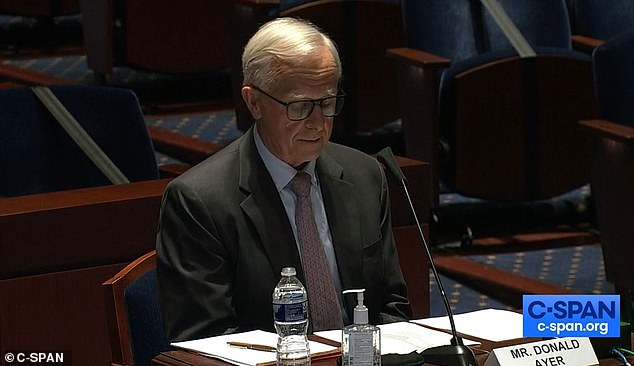 ‘William Barr poses the greatest threat in my lifetime to our rule of law and to public trust in it,’ said former Deputy Attorney General Donald Ayer 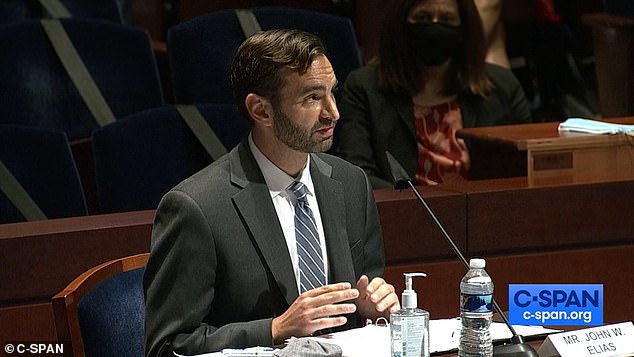 Zelinsky is one of four federal prosecutors who took himself off the Roger Stone case after the government reversed its decision after recommending a prison term for President Donald Trump’s long-time informal advisor.

He was also a top prosecutor for Mueller during the Russia probe. He will testify later this month at the committee, providing a counter-point to ongoing hearings in the Republican-run Senate on the origins of the Crossfire Hurricane investigation and alleged FBI misconduct. 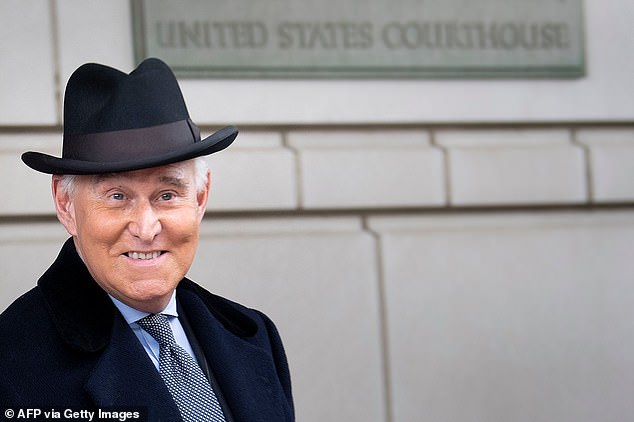 Roger Stone leaves Federal Court after a sentencing hearing February 20, 2020, in Washington, DC. Aaron Zelinsky is one of four prosecutors who took themselves off the case when top DOJ officials did a 180 on their recommended sentence for the longtime Donald Trump advisor

The hearing began with angry clashes, as Republicans blasted the decision to allow Zelinsky to testify by video link. ‘For family reasons I should not risk infection,’ said Zelinsky.

As he struggled to be overheard over objections by Republican Jim Jordan and others, panel chairman Rep. Jerold Nadler had to remove his face mask to be heard.

Later, Rep. Louis Gohmert of Texas repeatedly tapped his desk to disrupt testimony when Ayer was speaking over his allotted five minutes. Democratic Rep. Hank Johnson threatened to call in the Sergeant at Arms to stop the behavior.

‘The Committee welcomes the testimony of current and former Department officials who will speak to the lasting damage the President and the Attorney General have inflicted on the Department of Justice,’ said Nadler when he announced the hearing. Nadler was a House impeachment manager during Trump’s impeachment trial over his conduct toward Ukraine.

The witnesses are ‘prepared to describe the unprecedented politicization of the Department under President Trump and Attorney General William Barr,’ said Nadler. 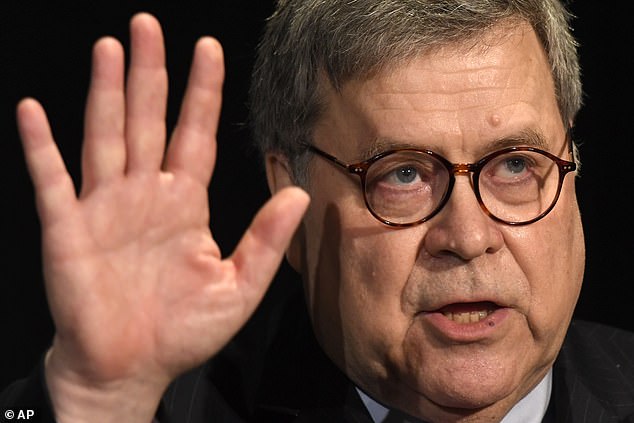 ‘Again and again, Attorney General Barr has demonstrated that he will cater to President Trump´s private political interests, at the expense of the American people and the rule of law,’ said Judiciary Chairman Rep. Jerold Nadler in a blistering statement 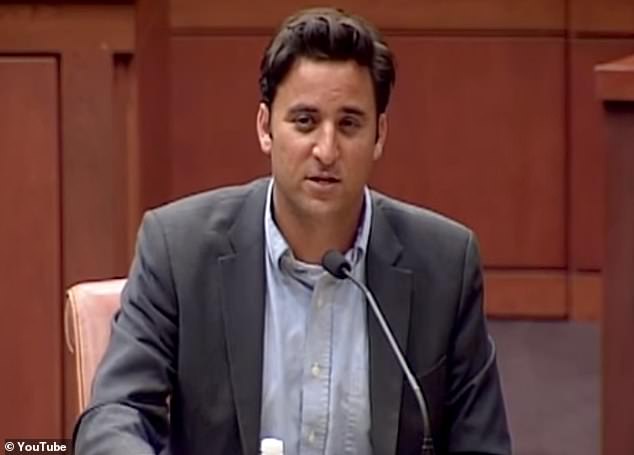 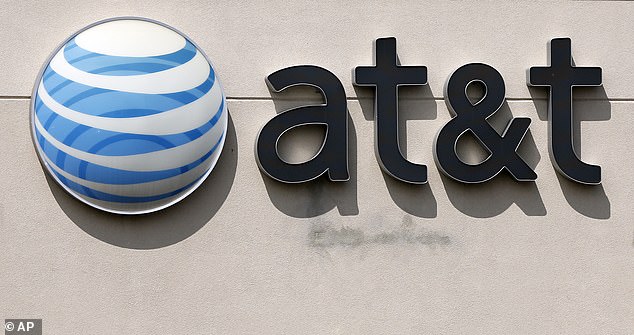 Another witness is Justice Department antitrust prosecutor John Elias. Elias served as chief of staff during DOJ’s decision to oppose the merger of AT&T and Time Warner. Trump had publicly blasted the merger, and has regularly inveighed against Time Warner-owned CNN for its coverage of him.

‘Again and again, Attorney General Barr has demonstrated that he will cater to President Trump´s private political interests, at the expense of the American people and the rule of law. He has abruptly reversed course on prosecutions against the President´s allies and friends. He has pursued pretextual investigations against the President´s perceived political enemies,’ said Nadler. 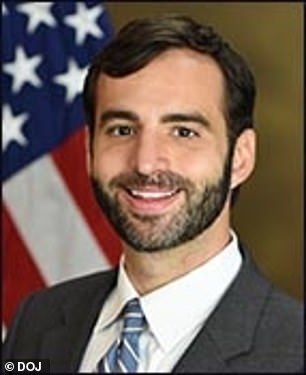 Nadler has tried repeatedly to get Barr to testify before his panel. He was finally set to appear in March, but cancelled the appearance amid the coronavirus outbreak.

Career prosecutors recommended a sentence of up to nine years in prison for Stone, 67, in February, drawing furious tweets from the president. Barr’s Justice Department then did a 180 and recommended a lower sentence. Stone was convicted of lying to Congress and witness tampering.

Nadler took a shot at Barr for his failure to appear. ‘The Attorney General—who cites his busy schedule as a basis for refusing to appear before the House Judiciary Committee but has made time for multiple television interviews—may have abdicated his responsibility to Congress, but the brave men and women of our civil service have not,’ he said.

Trump blasted the AOL / Time Warner merger on the campaing trail, and tweeted about it in 2018. ‘Why doesn’t the Fake News Media state that the Trump Administration’s Anti-Trust Division has been, and is, opposed to the AT&T purchase of Time Warner in a currently ongoing Trial. Such a disgrace in reporting!’ Trump wrote.