Abandoned cat undergoes transformation after rescuers shave 4.5LBS of his coat off

An abandoned cat that was ‘imprisoned’ by his own matted fur underwent an incredible transformation after rescuers shaved the animal’s coat.

One day in August, a gray cat was abandoned in a carrier at the front door of Douglas County Animal Care & Services shelter in Gardnerville, Nevada. The hair was so matted that the workers at the rescue center couldn’t tell what type of animal was in the carrier.

‘All we saw was a matted mess,’ shelter supervisor Liz Begovich told The Dodo.

Horrible: A cat was dropped off at the Douglas County Animal Care & Services shelter in Garnerville, Nevada, earlier this month 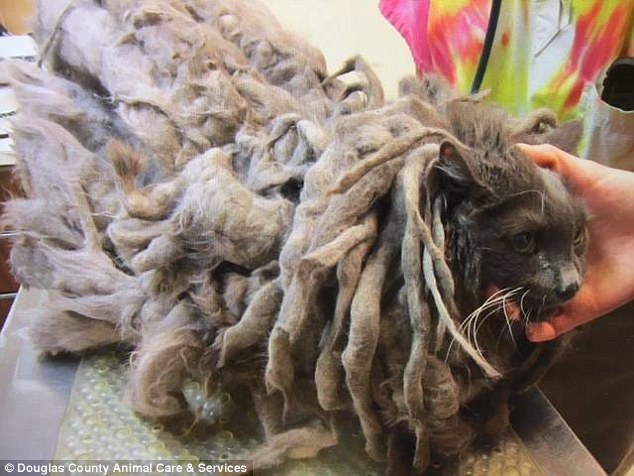 Crazy: The cat’s fur was so matted that the rescuers couldn’t tell what animal he was at first 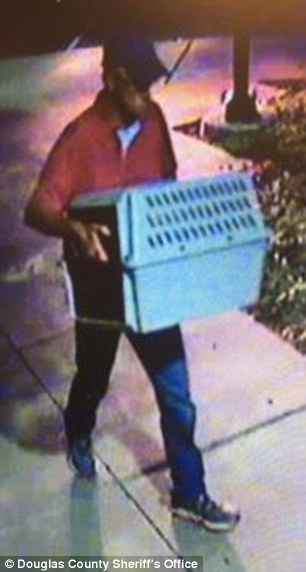 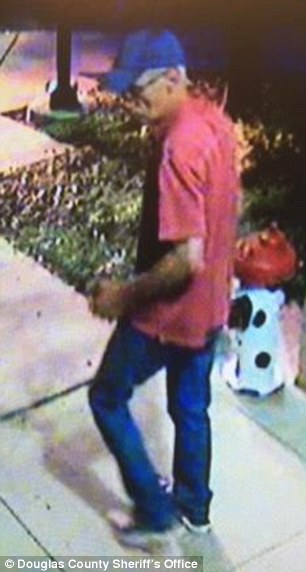 Mystery: CCTV footage captured a man dropping the cat off at the front doorstep of the center

When peaking inside the carrier, the group first thought it was a dog who was shoved in there.

‘We couldn’t turn him around because of the way he was shoved in the carrier,’ she said. ‘So we took the top off and thought, ‘Oh my gosh, it’s a cat!’ I’ve never seen a cat in that sort of condition.’

Not only was the cat covered in a layer of matted fur, but he was also overweight and unable to move with his heavy coat.

The rescuers took the cat to a veterinarian where he was sedated before getting 4.5 pounds of fur shaved off.

Once the cat, who the rescuers hilariously named Bob Marley, was free of his matted fur, he strutted around with confidence while showing off his gray coat.

But Bob Marley still weighed 22.6 pounds, which is overweight for a cat his size.

‘I saw him looking up at the counter thinking, “I can jump up there.” I thought, “No you can’t,”‘ Liz said. 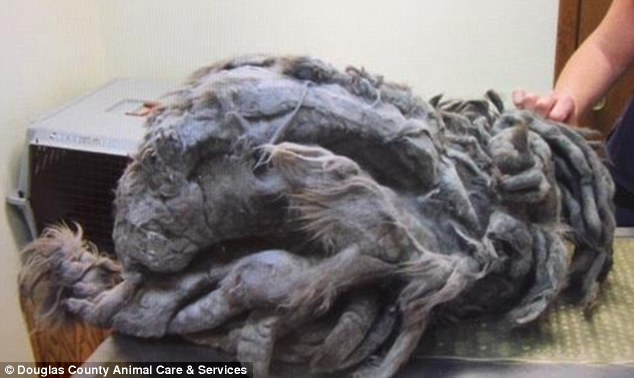 Awful: The cat, who was named Bob Marley, had 4.5 pounds of excess fur on him 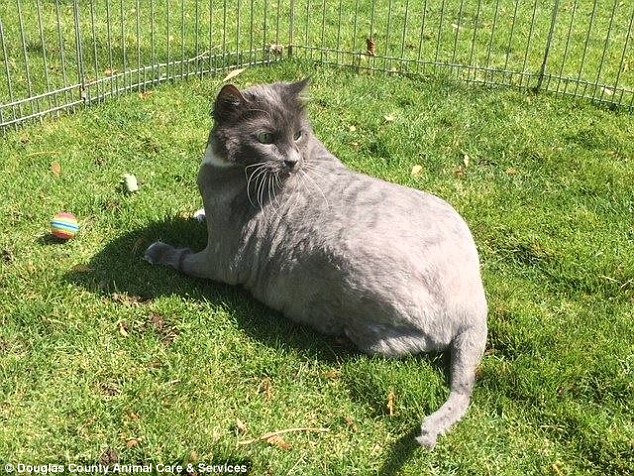 Transformation: Workers at the rescue center took the cat to a veterinarian so he could be checked and shaved 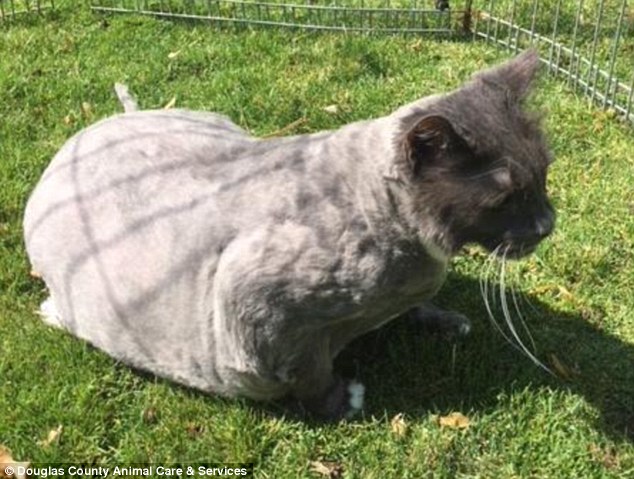 Stunning: Bob Marley, who is estimated to be 10 years old, has since been adopted into a loving home

Since Bob Marley’s astounding transformation, he has been adopted into a home where the rescuers are confident he will get the attention and treatment he deserves.

‘This boy has such a loving personality and he is enjoying his ability to move freely again,’ the rescue center wrote online when announcing the adoption. ‘He will make a wonderful addition to a new home.’

The authorities are currently using the CCTV footage of Bob Marley’s dropoff to identify the male.

While he could be a Good Samaritan who found the abused cat, some believe he might be the old owner.

‘Normally, when someone leaves an animal after hours, there’s usually more to the story,’ she said. ‘It’s typically not a Good Samaritan who found an animal on the side of the road.

But the animal shelter is happy that Bob Marley, who is estimated to be about 10 years old, will be able to live out the rest of his years in a loving home.