Abandoned dog found with the word ‘FREE’ written across her body

An adorable abandoned dog was spotted roaming a park in southern Ohio with permanent marker splattered across her body.

The Humane Society Animal Shelter in Chillicothe took in the white lab mix, who was found with the words ‘FREE’ as well as ‘Good Home Only’ and ‘I am a gift from God’ written on her.

Staff members of the shelter have since renamed the pup Marvella, meaning ‘miracle to marvel at.’

Staff member Brittany May shamed the unknown person who wrote the words on her to her Facebook page. 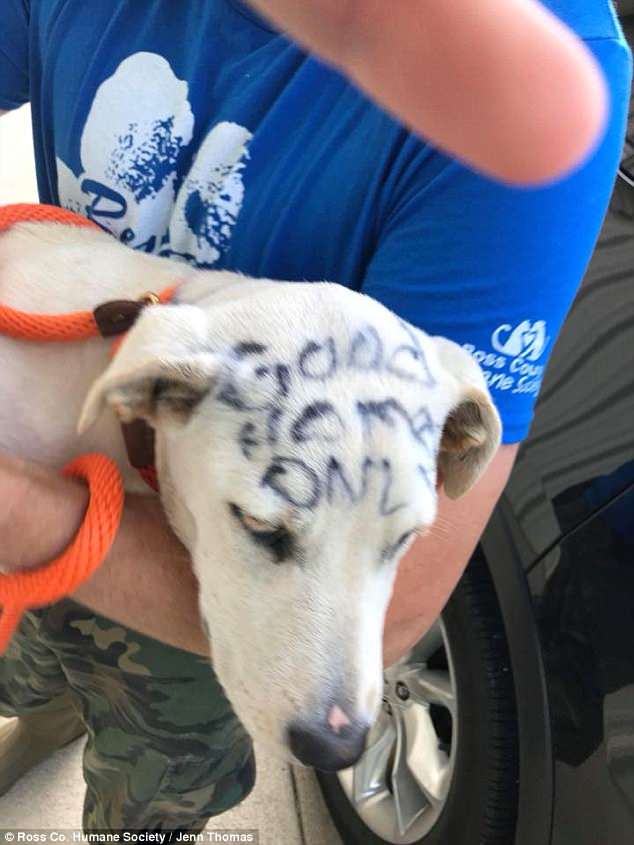 The writing on the pup’s head says:  ‘Good home only.’ One across her body reads: ‘FREE’ 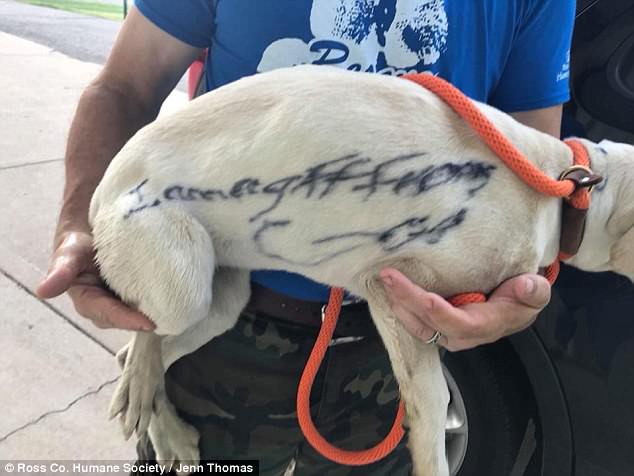 Another sloppy permanent marker writing reads: ‘I am a gift from God’

May said the person responsible had reached ‘a whole new level of LOW!’

The pup, said to be five or six months in age, has been bathed, and the permanent marker is almost removed from her fur, May said.

The department said Marvella will be available for adoption on Wednesday. 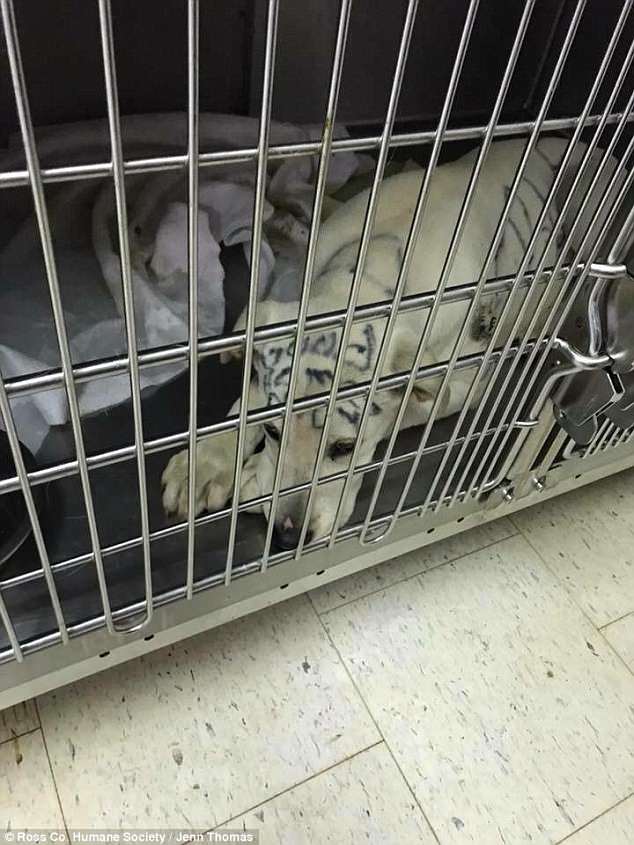