Heroic veterinary staff saved a Shih Tzu called Parker from the brink of death after she was discovered with two pounds of hair and ‘wounds so old they were filled with maggots’.

Someone threw the small Shih Tzu dog over Tri-County Humane’s fence, with the dog landing in a dumpster.

The individual left without any trace of who they were, leaving staff in the dark over what led to her horrific condition.

‘Her hair was cemented to her skin, her nails so long they were wrapped around her paws and wounds so old they were filled with maggots,’ said the staff of Tri-County Humane, writing on their Facebook page. ‘The smell is something I will never forget.’

It took five staff members over two hours to shave the dog, with the team having to swap out different shavers after they overheated.

They found mammory tumors located around Parker’s body, and one of her eyes had not fully formed.

The Shih Tzu had lost two pounds of fifth and hair by the time it was over.

Staff worked through the night Thursday and Friday to save Paker, suturing open sores.

Someone threw the small Shih Tzu dog over Tri-County Humane’s fence, with the dog landing in a dumpster 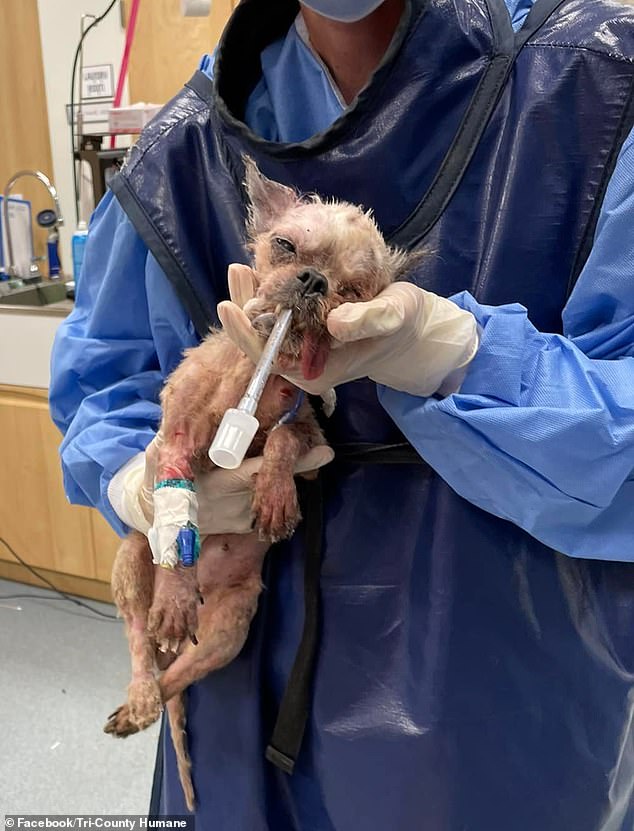 ‘Parker’ is pictured after two hours of shaving and veterinary treatment, losing two pounds of fifth and hair in the process

‘We didn’t know if she would make it through the night,’ said the shelter. ‘Her tiny body had been through so much neglect and torment, for so many years, but she did.’

Dr. Lindsey Naimoli, the vet who treated Parker, told WPBF she believes the Shih Tzu spent most of her life in a cage being forced to breed, based on Parker’s condition when the pet was found at the rescue shelter.

‘It would be extremely rare to just have one animal treated horribly. I think this is one of many,’ said Dr. Naimoli.

Tri-Humane is working with the Palm Beach County Sheriff’s Office to determine who abandoned Parker by the rescue’s dumpster.

The staff say they don’t know Parker’s original name, or even if she had one. 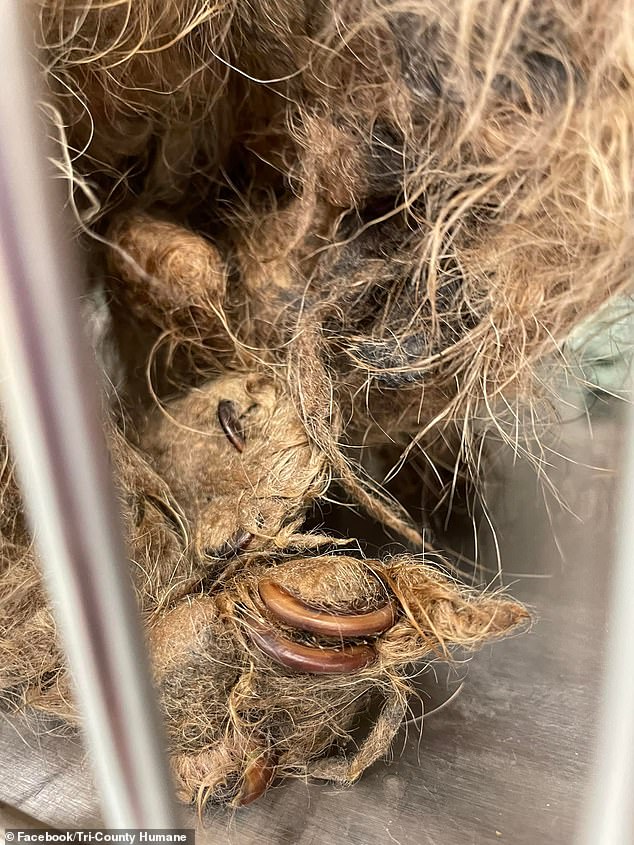 Staff found mammory tumors located around her body, one of her eyes had not fully formed 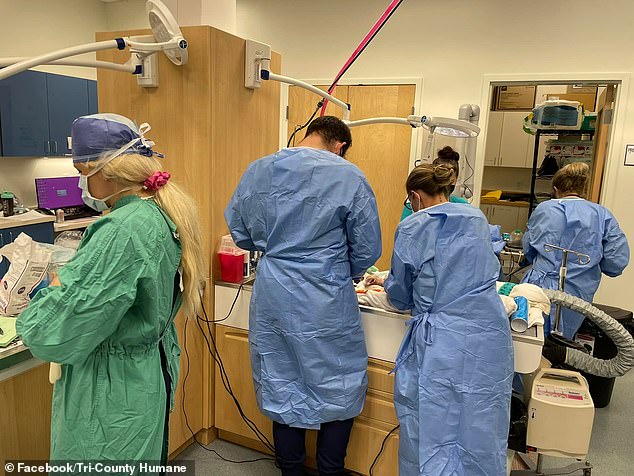 Staff worked through the night Thursday and Friday to save Paker, suturing open sores 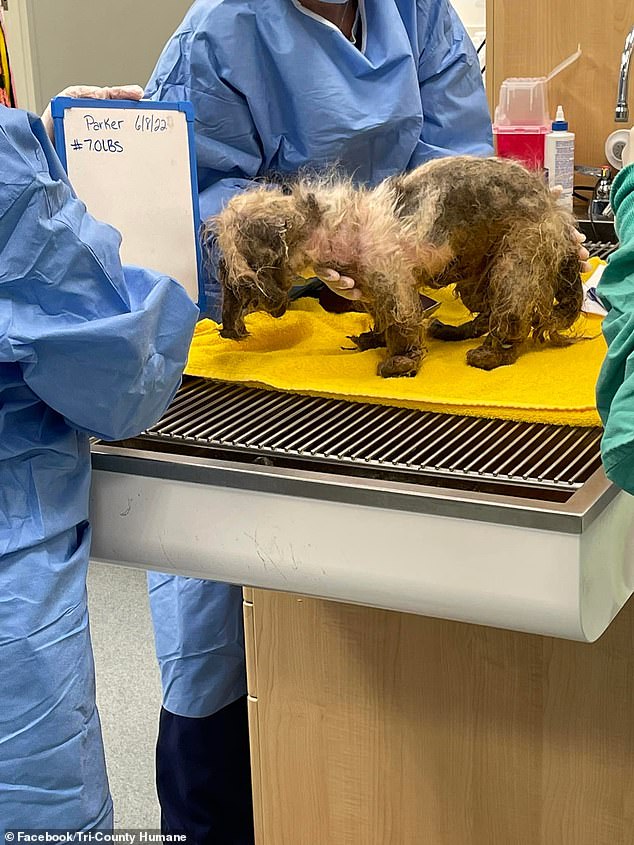 ‘I’m heartbroken to see this,’ said a commenter. ‘The owner should be prosecuted and never allowed to own a dog again.’

‘So many animal abusers get away with it than continue to do it to other animals throughout their life, horrible!’ said another. ‘Hoping she pulls through & can be shown a great life!’

When Parker first arrived she couldn’t walk at all, but the rescue shelter soon posted an update showing her hobbling around on the grass.

Dr. Naimoli is confident that the dog will recover and could be ready for a forever home as early as September.

The animal rights shelter is asking for donations on their Facebook page, with a link available here.