‘It still fits!’ Abbey Clancy tries on her wedding dress and shares loved-up snap as she marks 11 year anniversary with husband Peter Crouch

They tied the knot back in 2011 in a lavish ceremony at Stapleford Park in Leicester.

And on Wednesday, Abbey Clancy, 36, celebrated her 11 year wedding anniversary with husband Peter Crouch, 41, by trying on her wedding dress, and posting a loved-up photograph of them together to Instagram.

The model easily slipped back into the size 6 Giles Deacon gown, and posed for a snap in it while standing in her dining room and wearing a pair of shades.

It’ still fits! On Wednesday, Abbey Clancy, 36, celebrated her 11 year wedding anniversary with husband Peter Crouch, 41, by trying on her size 6 wedding dress and sharing a snap

The Scouse beauty took to her Instagram Stories, where she uploaded the snap of herself in the sensational dress, adding: ‘It still fits! with the hasttag 11 years married.

Abbey also posted a cute selfie with Peter to her main grid, and captioned the snap: ‘Happy anniversary baby. I adore you,’ and included multiple red heart emojis. 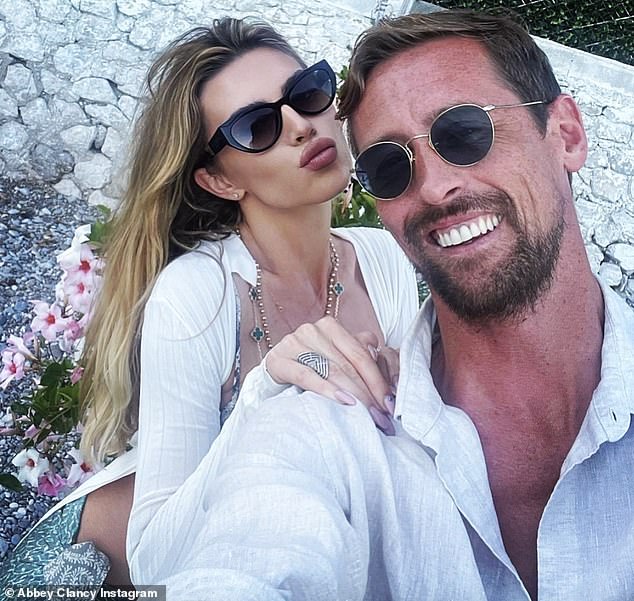 I adore you! The model also posted a loved-up photograph of them together to Instagram

The couple’s romance hasn’t been the most straightforward.

After a few months of dating in 2006, Peter announced during the European cup in Germany he had ended their short romance following drug allegations concerning Clancy.

At the time, the footballer released a statement through his lawyer saying: ‘Whilst I do not ordinarily comment upon matters relating to my private life, I have read with dismay various recently articles and reports about my “relationship” with Abbey Clancy.

‘In light of this, I wish to make the situation absolutely clear: Abbey and I were in the very early stages of a relationship which, for a number of reasons, I decided a few weeks ago to end, and I accordingly informed Abbey of my decision.’

But it wasn’t long before they were back together, before announcing their engagement in the summer of 2009, and tying the knot two years later. 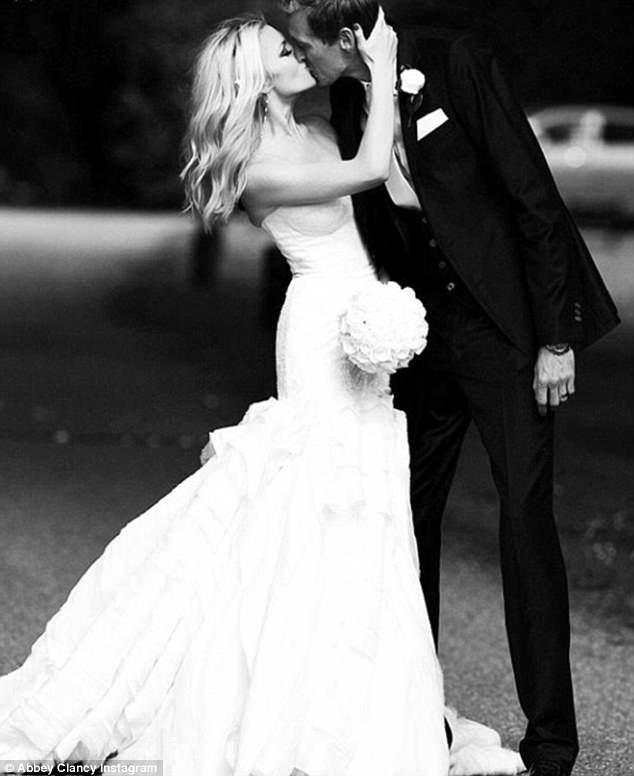 Last summer, Peter said that he and Abbey will not be expanding their family and having any more children, joking that it was already a ‘ridiculous decision’ to have four.

Speaking about having more children in an interview with OK! Magazine ahead of his new show Crouchy’s Year Late Euros: Live, he said: ‘God no! Don’t ever have four.

‘It was a ridiculous decision – one that I love and wouldn’t change for the world – but it’s tough.’

Peter also revealed Abbey is ‘highly critical’ and will ‘pick holes in anything he does’ when he was asked if she’ll be supporting him at the tournament .

He said: ‘Well, she’s highly critical, so she’ll pick holes in whatever I do. 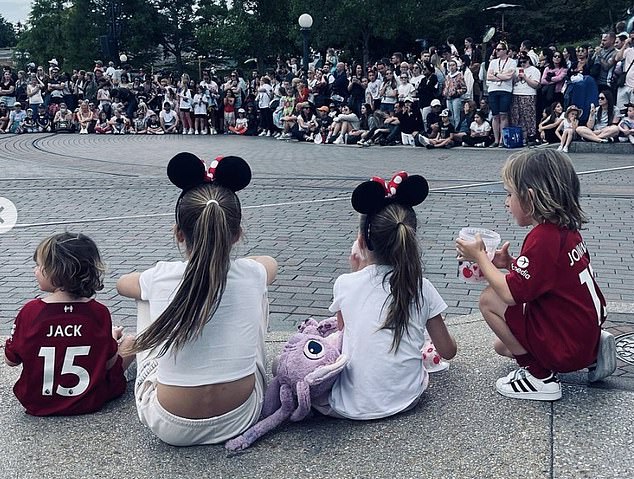