Abbott Elementary creator and star Quinta Brunson urged her fans to put their desires to better use on Wednesday after several people urged her to do a school shooting–themed episode.

The 32-year-old writer and comedian wrote on Twitter that it would be more productive to try to convince politicians to embrace gun safety measures after 19 children and two adults were gunned down in Robb Elementary School in Uvalde, Texas, on Tuesday.

‘Wild how many people have asked for a school shooting episode of the show I write,’ she tweeted disapprovingly.

Channeling their sorrow: Abbott Elementary creator and star Quinta Brunson, 32, told her fans to ask politicians for solutions to gun violence on Wednesday, rather than preemptively accepting defeat and looking to artists instead; seen May 17 in NYC

Brunson bemoaned how so many people seemed to have given up on telling their elected representative to pass measures to cut down on school shooting and gun violence.

‘people are that deeply removed from demanding more from the politicians they’ve elected and are instead demanding “entertainment.” I can’t ask “are yall ok” anymore because the answer is “no,”‘ she wrote.

‘You are doing nothing,’ he shouted while standing up in the middle of the press conference. 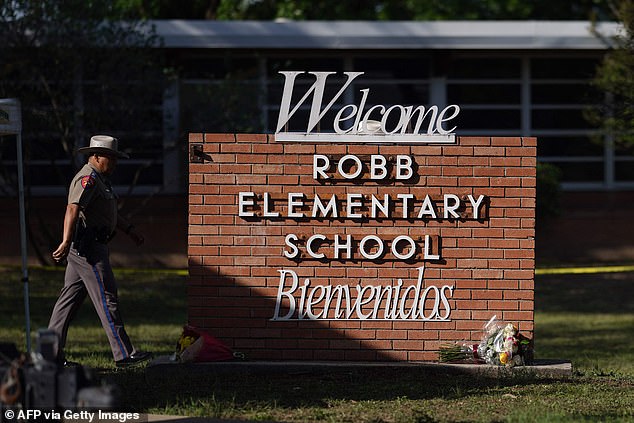 Tragedy: 19 children and two adults were gunned down by an 18-year-old man in Robb Elementary School in Uvalde, Texas, on Tuesday 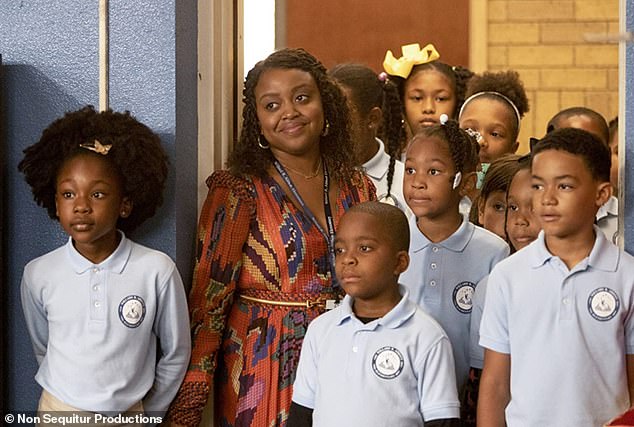 So soon: Brunson bemoaned how so many people seemed to have given up on telling their elected representative to pass measures to cut down on school shooting and gun violence; still from Abbott Elementary

‘Please use that energy to ask your elected official to get on Beto time and nothing less. I’m begging you,’ Brunson wrote in a follow-up tweet.

‘I don’t want to sound mean, but I want people to understand the flaw in asking for something like this,’ she continued. ‘We’re not okay. this country is rotting our brains. im sad about it.’

She concluded her thread with ‘Exhibit A,’ a message from an apparent fan that was self-evidently misguided to her and ‘one of many’ messages she had received.

The person, whom she left anonymous, proposed ‘For the eventual series finale, a school shooting episode to highlight the numerous ones in this nation.’

They urged her to ‘Formulate an angle that would get our government to understand why laws need to be pass [sic].’

The anonymous person added that they thought the should could ‘affect change,’ adding that they ‘love[d]’ the program. 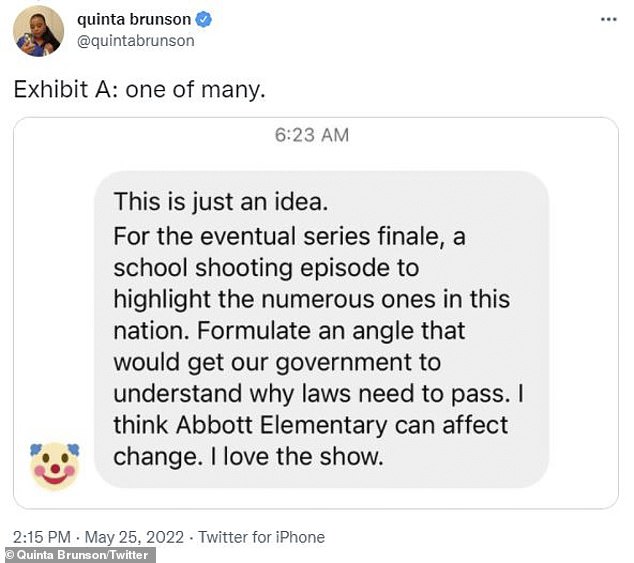 Passing the buck: She spoke favorably about Democratic gubernatorial candidate Beto O’Rourke while indicating that politicians were in charge of fighting gun violence, not her TV show

Brunson also spoke out forcefully about the shooting earlier.

‘Insane that we just keep living like this. really don’t want to. tired of gun violence,’ she initially wrote, back when only two deaths had been confirmed from the shooting.

She mused that elected officials would likely visit the school without offering any real solutions.

‘Are they just going to go visit this school, too? and the next shooting site? aren’t they embarrassed of doing nothing preventative at all?’

She added: ‘Tired of tweeting about this. How useless.’

In another tweet, Brunson urged her followers not to get hung up on the shooter’s possible mental health issues when guns were the constant in all school shootings. 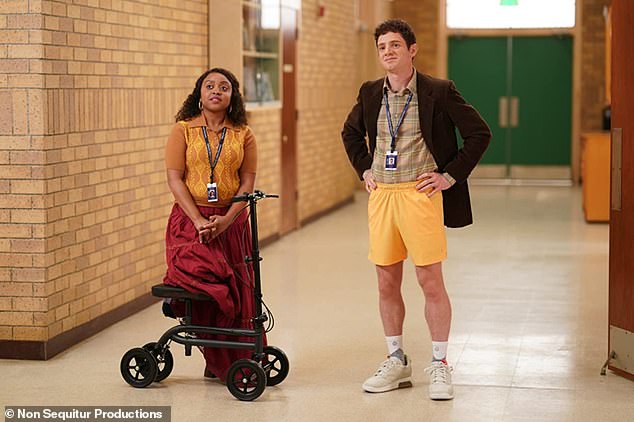 Morbid: She included a message from an anonymous person urging her to make the show’s series finale a school shooting episode; still from Abbott Elementary

Don’t get distracted: In another tweet, Brunson urged her followers not to get hung up on the shooter’s possible mental health issues when guns were the constant in all school shootings

Unimaginable sorrow turned to fury on Wednesday as more details about the police response to the massacre in Uvalde emerged.

Jacinto Cazares, the father of 10-year-old Jacklyn, who was murdered in the attack, wondered aloud why it took 90 minutes for police to enter the school while the gunman was inside, according to eyewitnesses.

‘There was at least 40 lawmen armed to the teeth but didn’t do a darn thing until it was far too late,’ Cazares told ABC News.

‘The situation could’ve been over quick if they had better tactical training, and we as a community witnessed it firsthand.’ 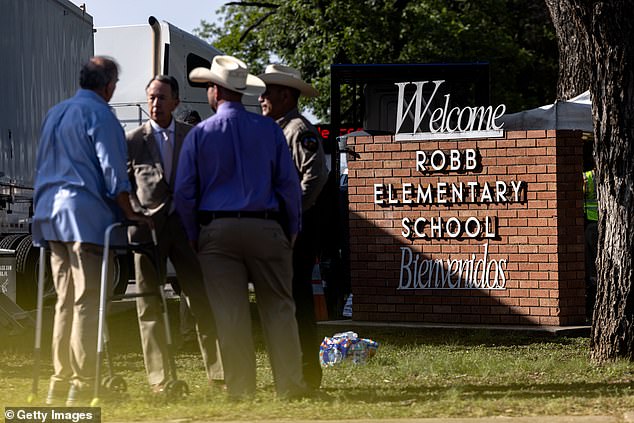 Lack of action: Jacinto Cazares, the father of 10-year-old victim Jacklyn, wondered why police ‘didn’t do a darn thing until it was far too late’ after they reportedly left the gunman in the school for 90 minutes before entering