Former WAG Abby Gilmore has revealed she will undergo breast augmentation after she was left with ‘deflated, sad-looking D cups’.

The 24-year-old Australian said she started considering the surgery when she noticed her body was changing following the births of her two daughters.

Opening up about her struggles with body image, the mother-of-two admitted she has been unimpressed with her breasts – even when she was growing up. 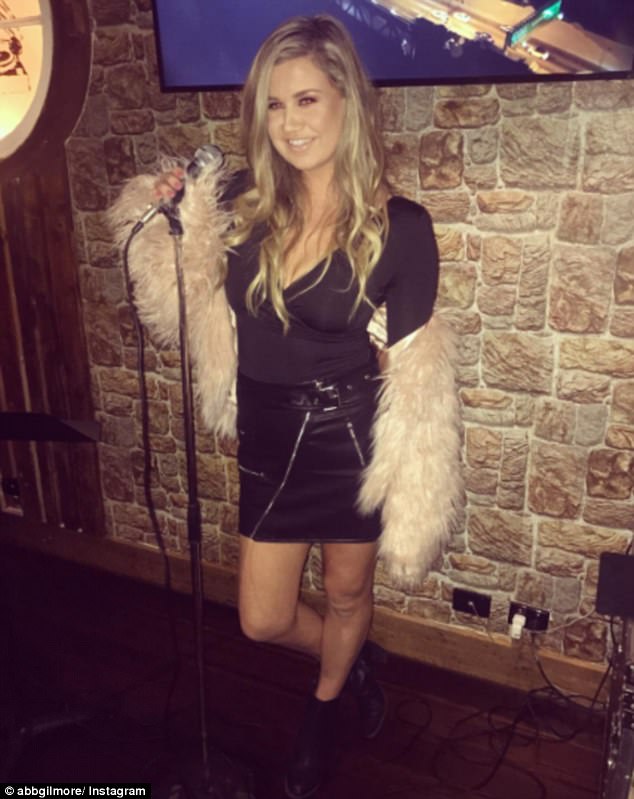 Opening up about her struggles with body image, the mother-of-two admitted she has been unimpressed with her breasts – even when she was growing up

‘I loved every bit of me that changed, except my boobs. I have curves I love, wide hips that carried my babies safely in there, but I now have boobs that look nothing like they used to,’ she wrote in Kidspot.

‘As much as I’ve embraced my imperfections and I’ve been able to move forward, there are still things that when I stand in front of the mirror that I would like to match the work I’ve done on the inside.’

Growing up, Abby said she had prayed for the day she’d wake up with ‘nice, perky breasts’ but now, she’s finding herself ‘praying all over again’.

‘They continued to change through both of my pregnancies. I enjoyed big F-cups for awhile before jumping up to a G-H whilst breastfeeding. But now? I’m a deflated, sad-looking D,’ she said.

After doing her research and meeting with a plastic surgeon, she said she’s looking forward to her ‘mummy makeover’, set to take place two weeks from now. 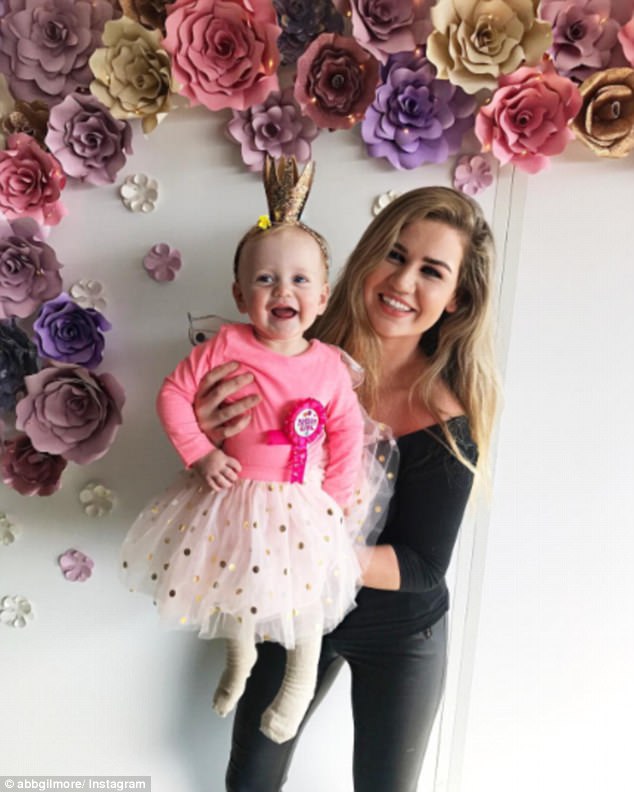 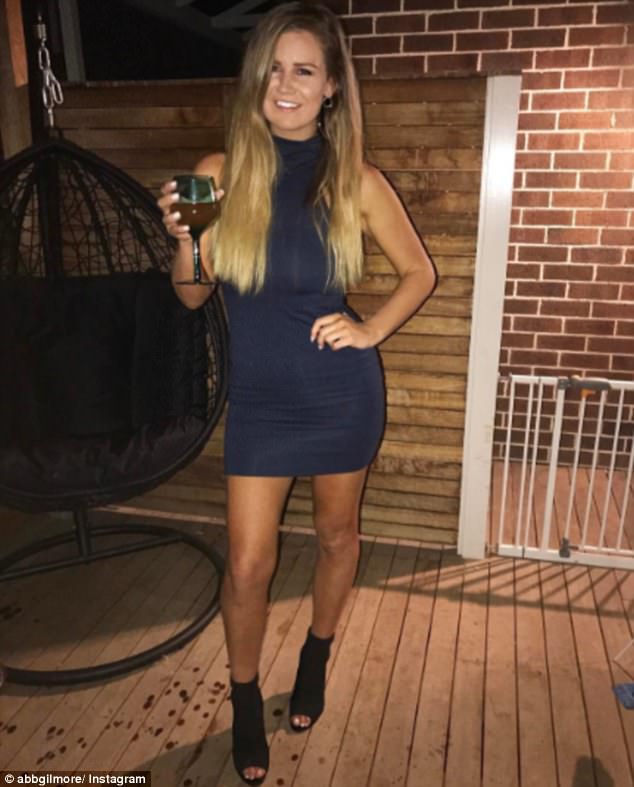 Growing up, Abby said she had prayed for the day she’d wake up with ‘nice, perky breasts’ but now, she’s finding herself ‘praying all over again’

Her latest post comes just weeks after she spoke candidly about life as a single parent, and revealed how she makes co-parenting work.

The mother wrote an emotional piece for Kidspot detailing how she and her ex, Western Bulldogs forward Jake Stringer, shared parenting duties following their split.

She said she was moved to speak out about this part of her journey because so many had reached out to her to ask how the couple managed their situation.

Ms Gilmore wrote that although she’s ‘lucky to have an amicable relationship’ with her children’s father, she has put in a lot of effort to make sure it stays that way.

‘It has taken an enormous amount of forgiving plus a lot of tears, heartache, pain and suffering to get to this part of the ride,’ she wrote. 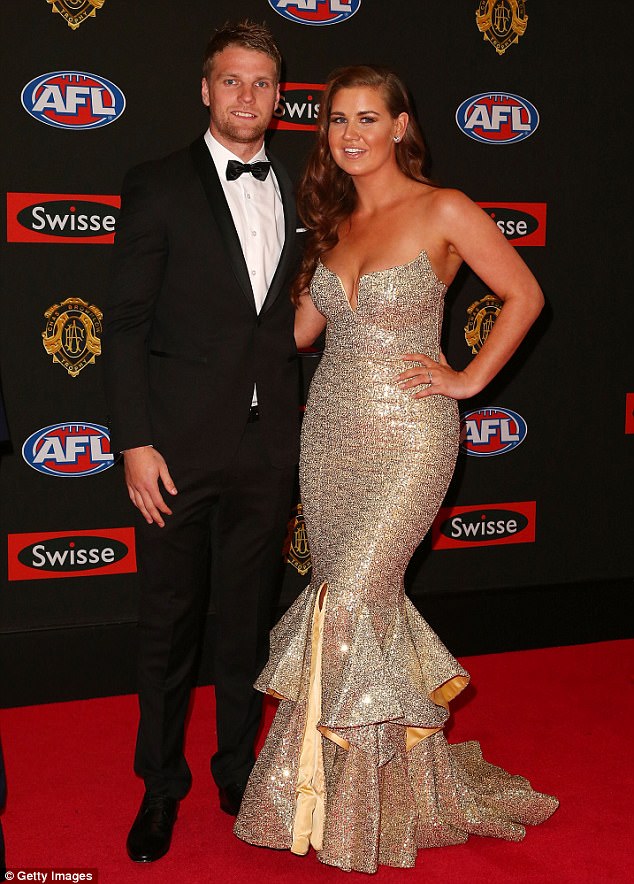 The newly-single solo mother shared how taking a broader view had helped her.

‘He will always be the father of my children and I will always strive to be the bigger person to help him be the best person he can be,’ she wrote.

The bubbly blogger said she believes sharing her struggles has the potential to help others.

‘I feel like so many people needed a ‘voice’ for the single parent and I was sent to share all the struggles that sometimes make us feel so, so alone.

‘I am a firm believer that things happen for a reason; I have grown so much as a person because of what I have been through and I am being directed to so many amazing things because of it.’ 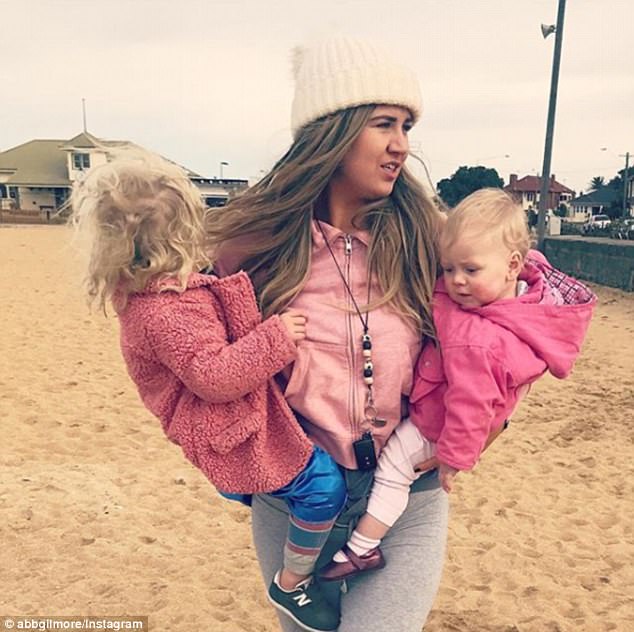 Although Ms Gilmore said she always strives to co-parent to the best of her ability, there are times when working together can remind her ‘of the hurt’ she once felt.

The key, she wrote, is to make sure her relationship with her ex was always respectful, especially in front of the kids.

‘Always speaking highly and kindly to the girls about their Daddy, who they think the world of,’ Ms Gilmore stated.

The couple, who split in December last year, kept news of their separation well and truly under wraps, had even going as far as to live together under the same roof for six months prior to the official announcement.

Opening up to her many fans at the time, Ms Gilmore took to social media to share her thoughts. 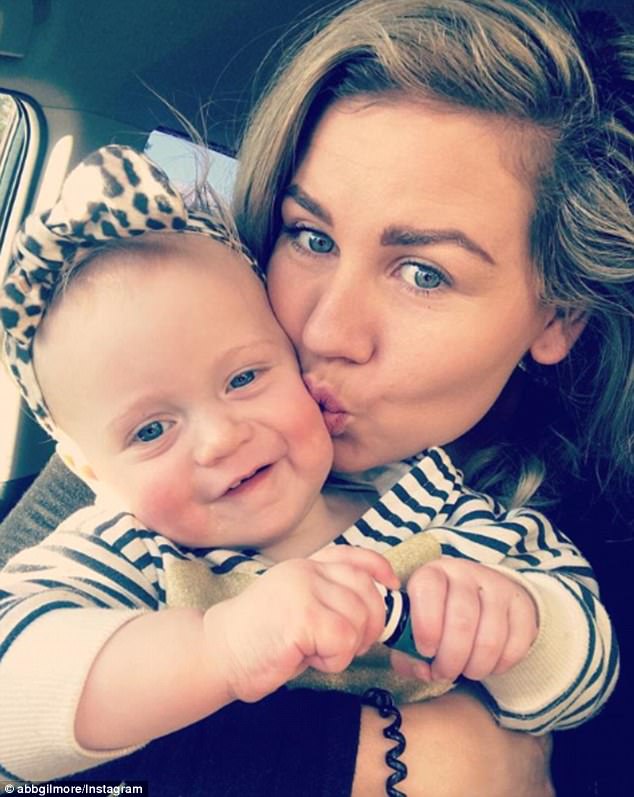 ‘I’m in complete shock, I’m a single mum. I’m 23 years old with two kids – that’s shocking to me. I still can’t believe it some days myself, but it’s just how it is.

‘No one ever plans to have kids and then to separate but what we want to plan on doing is to make it as friendly as possible, I don’t want the girls growing up thinking Mum and Dad hate each other.

‘As much as we fought to stay together, it just wasn’t going to work for us, and that’s okay. What’s best for our girls is to see us happy together which involves not being together constantly.

‘We needed to separate, we come together now and we’re happy.’