ABC deletes children’s video about privilege after being SLAMMED online

The ABC has been forced to remove the Facebook page for its ME channel after a barrage of angry viewers took offence at a video explaining ‘white male privilege’.

In the video, two young female presenters try to explain the concept of privilege to the channel’s primary-school aged audience through rap and cartoons of two people trying to cross a stream.

Initially published to the channel’s social media about five months ago, the clip was recently shared across a number of right-wing Facebook groups – with many outraged at the video’s content and the fact it was aimed at such young children.

In the video, viewers are introduced to Ross, a straight male in his mid-40s who is ‘rather wealthy’, in good health and born in a peaceful country. Ross is able to teleport across the stream.

They then meet Stevie, a female refugee who doesn’t speak much English and has little money. Rather than being travelling across the stream by teleportation, Stevie the refugee has to swim across the stream, despite developing a cough just before she jumps in.

The video ends by explaining Ross was able to cross the stream due to his privilege.

‘He was born with advantage, unearned gifts that his life was granted,’ one host raps.

‘He might not think about his in-built perks, but that’s just the way that privilege works.’ 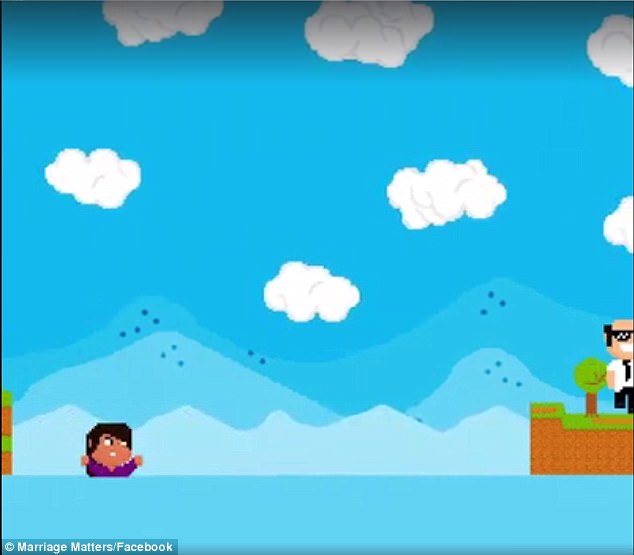 In the clip Ross, a wealthy white man, is able to teleport across a river, while Stevie, a female refugee not fluent in English, must swim 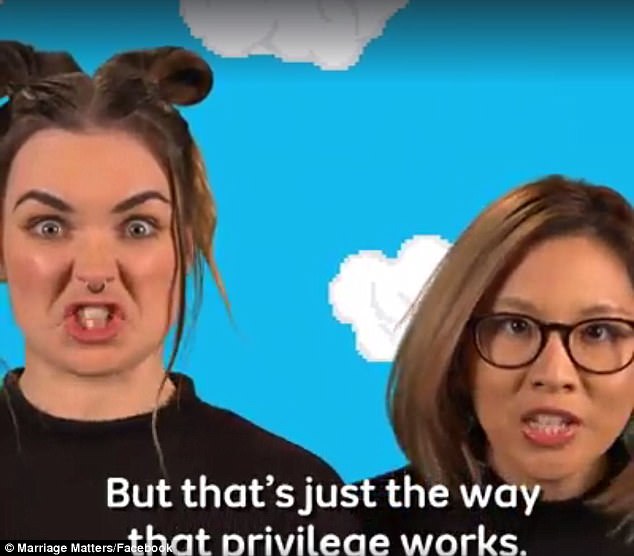 The clip is presented by two women who rap the story of Stevie and Ross, but many have argued the concept is too hard for young kids to comprehend

While many chose to vent their anger on the various pages the video had been shared to, such as: Political Posting Mumma, The Bolt Supporter Group, Lessons in Liberty, Pauline Hanson’s One Nation Supporter Group, Mark Latham’s Outsiders Supporter Group, Stop Communism in America, and Marriage Matters, others began to comment on the ABC post.

A spokesman for ABC told Daily Mail Australia the page had been ‘reluctantly removed’ as a result.

‘The ABC ME Facebook page was created for Australian school-aged children and their families,’ they said.

‘Due to the high level of inappropriate comments, we will consider other ways to engage with our intended audience.’

In groups where the video remains online, comments call the video ‘mentally deranged and pathetic’, and claim primary-aged children aren’t equipped to deal with issues such as social injustice. 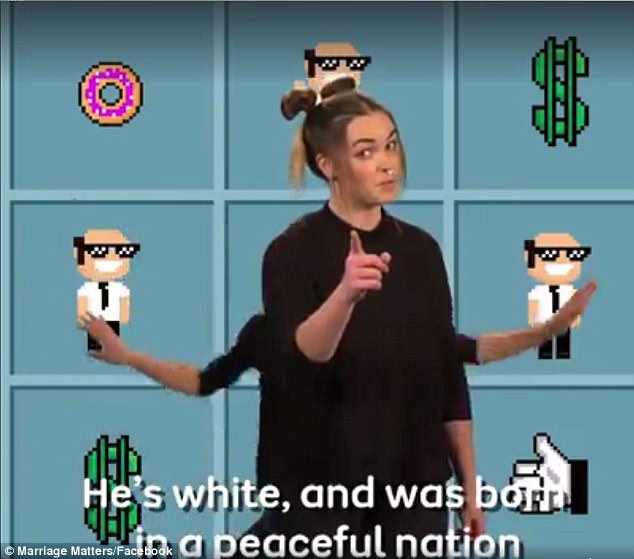 Angry comments were posted below the ABC’s copy of the clip, which forced the entire page to be removed

‘These social justice warriors are really trying to find unhinged ways to explain ‘White Privilege’ to children. Not only is it utterly pathetic it’s very stupid too,’ one man wrote.

Another said the cheesiness of the rap and use of cartoons indicated the video was designed for children at the younger end of ABC ME’s target audience, who would not be able to comprehend the issue.

‘What the f*** are you doing trying to make little kids feel like s*** over stuff they can’t control when that morning they were probably worrying about what best f****** crayon to use,’ he wrote.

A woman denied the existence of white privilege and said only those born into wealth had the privilege described in the clip.

ABC declined to respond to questions as to whether the material was appropriate for its audience. 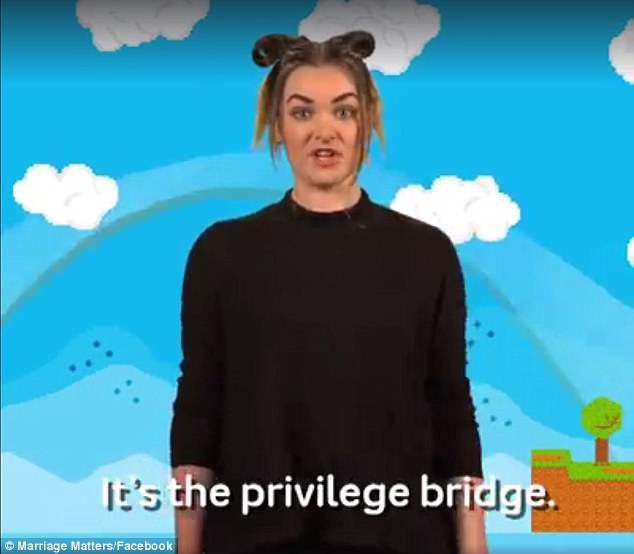