While the ABC ax fell swiftly on Roseanne following an offensive tweet posted by the show’s namesake, DailyMail.com has learned the TV network is being a little more forgiving towards another of its under-fire series.

Across the industry it was expected the show, a cooking competition adapted from the Great British Bake Off in the UK, would never see the light of day again.

However, DailyMail.com has learned ABC is pushing ahead with casting a new series despite the fall out from the scandal.

The news comes after the network abruptly ​ditched two other shows due to controversy in the past week. 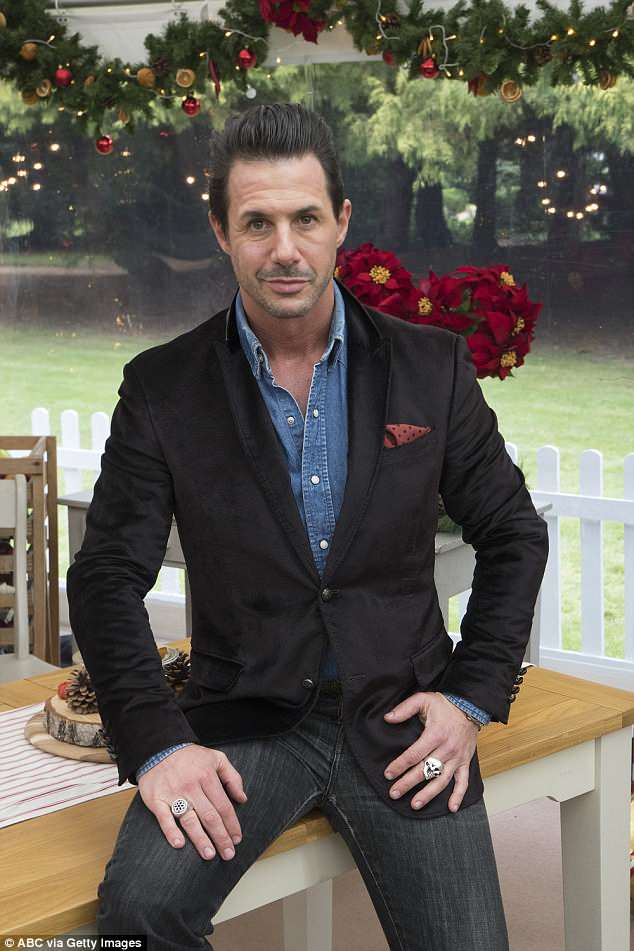 Chef Iuzzini, who was axed after an independent ABC probe into the allegations of abuse against him, is not returning to the series

Sitcom Roseanne was axed on Tuesday after Roseanne Barr, 65, referred to a former adviser to President Barack Obama as an ‘ape’ in an offensive tweet.

An ABC insider has confirmed that TGABS is coming back and staffers are currently casting new contestants for a run around Christmas.

Chef Iuzzini, who was axed after an independent ABC probe into the allegations of abuse against him, is not returning to the series.

It’s understood that British baker Paul Hollywood could make a surprise return on the judges’ team however, but the situation is still unclear as ABC execs consider ‘a full makeover.’

Production company Love Productions is keen to get Hollywood back on screen as ‘viewers have connected with him’ – and he was labeled by some US audiences as ‘the British George Clooney’.

The insider told DailyMail.com: ‘It has come as a shock to many, but ABC are recasting for The Great American Baking Show. After all the scandal of last year surrounding Iuzzini, the network acted like they were pulling the show off air seemingly forever.

‘It was not mentioned in the media in upfront previews as a returning series, but word has come down from the top that it is back. Just a month ago, it was thought the show was done for good. But it has been given a last second reprieve. 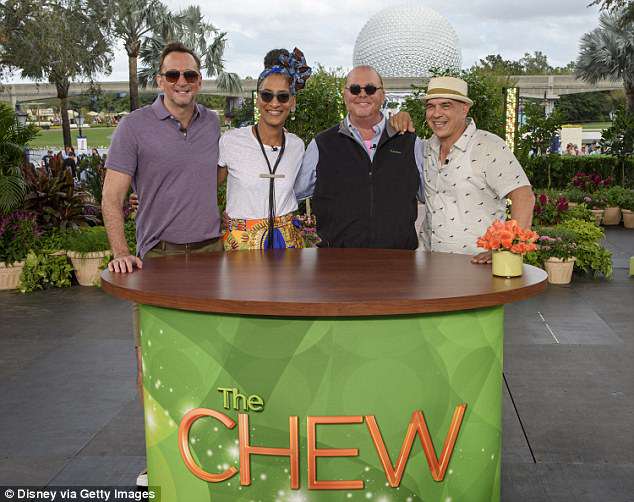 The network abruptly ​ditched two of their other shows, The Chew and Roseanne in the past week 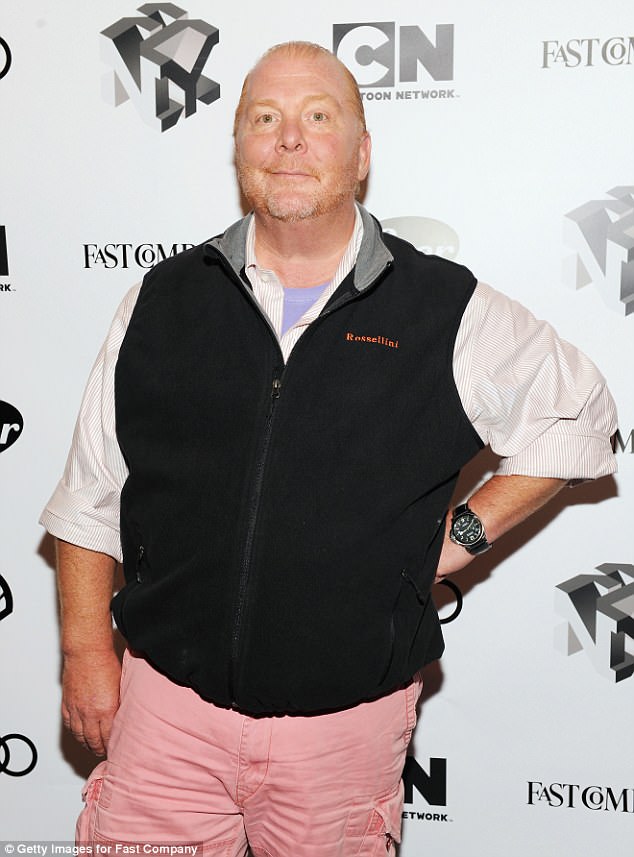 ‘One of the show’s key executives informed us that the casting process is in full progress, but no air date has been set yet – although it’s likely to be Thanksgiving or Christmas time.

‘Obviously Iuzzini, who had appeared in all three seasons, is not involved.

‘ABC’s recasting process involves reviewing their team of judges. There is a suggestion of changing the show name and hiring an entirely new judging panel, leaving Paul Hollywood out in the cold.

‘However the show makers Love Productions are fighting for the British star, who has a strong appeal to that demographic audience thanks to his home grown hit The Great British Bake Off. Nothing is set in stone yet.

‘Filming of the actual contest is not until late summer at the earliest, so there is still time to deal with those matters.’

The network issued a statement, which read: ‘In light of allegations that recently came to our attention, ABC has ended its relationship with Johnny Iuzzini and will not be airing the remainder of The Great American Baking Show episodes.

‘ABC takes matters such as those described in the allegations very seriously and has come to the conclusion that they violate our standards of conduct. This season’s winner will be announced at a later date.’ 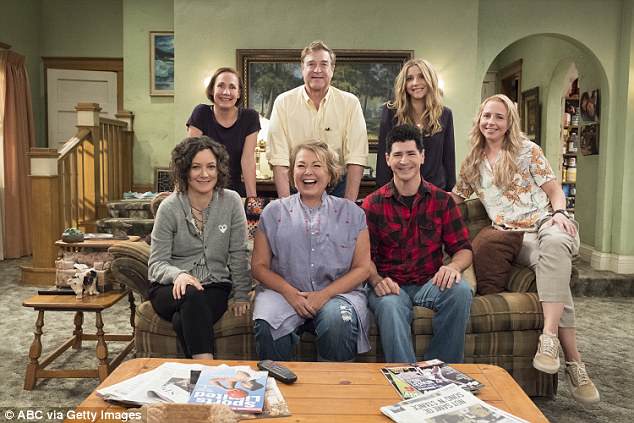 On Tuesday, the network pulled the plug on its reboot of Roseanne after the actress made offensive comments on Twitter 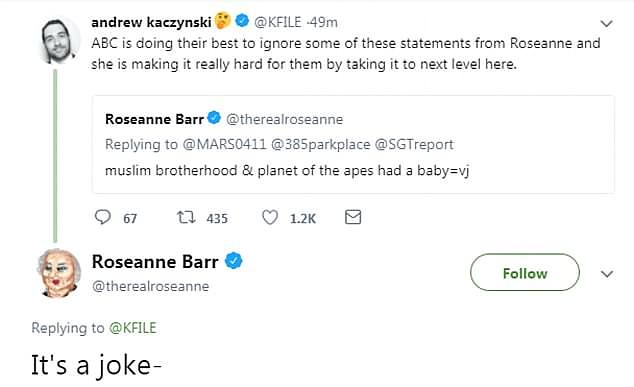 Barr, 65, referred to a former adviser to President Barack Obama as an ‘ape’ in an offensive tweet

ABC released a statement on Tuesday announcing the show’s cancellation

The remaining specials were scrapped.

The axe fell after four former employees of Iuzzini came forward in November describing allegations of sexual harassment and abuse while working under the pastry chef at a New York restaurant between 2009 and 2011.

One of the women, who chose to remain anonymous, claimed that Iuzzini stuck his tongue in her ear ‘three or four times’ on separate occasions. The women also reported that the chef liked to use kitchen utensils to suggestively touch female staffers on the buttocks.

It was also claimed he would routinely ‘stand behind you really closely and breathe on your neck.’

Then in December, 2017 four more women came forward with new allegations. Two of his accusers said management was aware of the allegations as early as 2004, and the other two claimed that Iuzzini abused his power and influence over female subordinates and associates.