ABC has released the first photo from its new TV series The Conners, a spinoff of the long-running hit Roseanne.

The photo shows the cast sitting around the Conner family kitchen table from the original series reading scripts for the first episode, notably without matriarch Roseanne Barr, who was booted from the network after posting a racist tweet in May. 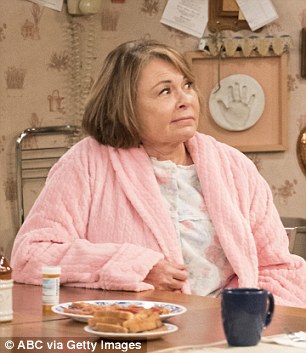 Notably missing from the cast photo is the original series’ star and creator Roseanne Barr (left on the show and right in July), who was booted from the network over a racist tweet in May

ABC rebooted Roseanne, which first aired from 1988 to 1997, earlier this year, but had to pull the plug after nine episodes after the show’s star and created Barr posted a racist tweet about White House staffer Valerie Jarrett.

Now the reboot is getting rebranded as The Conners, after Barr and the network negotiated a deal that would let the cast and crew keep their jobs.

Per that deal, Barr will not have any creative or financial involvement in the series, nor will she appear in it.

In a statement published when The Conners was announced, lead actors Goodman, Metcalf, Goranson, Gilbert and Fishman wrote: ‘We have received a tremendous amount of support from fans of our show, and it’s clear that these characters not only have a place in our hearts, but in the hearts and homes of our audience.

‘We all came back last season because we wanted to tell stories about the challenges facing a working-class family today. We are so happy to have the opportunity to return with the cast and crew to continue to share those stories through love and laughter.’

It remains unclear what the writers will do to explain Barr’s exit, but earlier this week Goodman, who played Roseanne Conner’s husband, hinted that the character will likely be killed off.

ABC has vaguely addressed the question, saying the Conner family would be carrying on after a ‘sudden turn of events’. 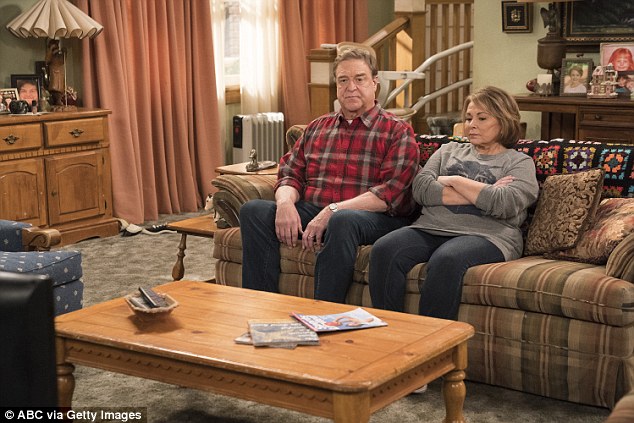 Earlier this week John Goodman, who played Roseanne Conner’s husband on the show (above), hinted that Barr’s character will likely be killed off 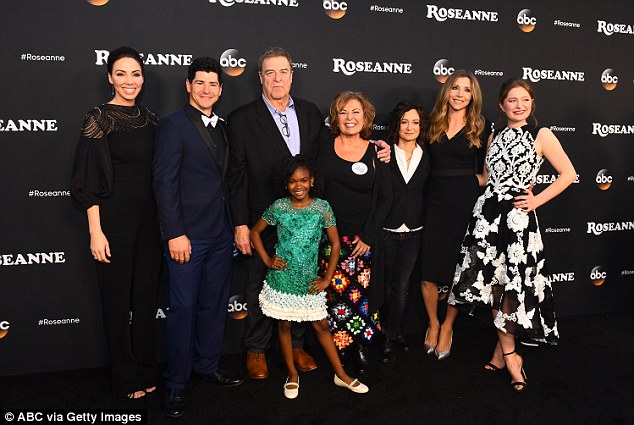 ABC’s falling out with Barr kicked off in May when the actress tweeted that Jarrett, a former senior adviser to President Barack Obama who was born in Iran and is of African American heritage, looked like ‘the Muslim Brotherhood & Planet of the Apes had a baby’.

Barr has repeatedly apologized for any offense that the tweet caused as well as to the cast and crew of Roseanne, but refuses to accept that it was racist.

The 65-year-old insists that she thought Jarrett was white and intended the tweet as a political jibe at Obama’s nuclear deal with Iran. 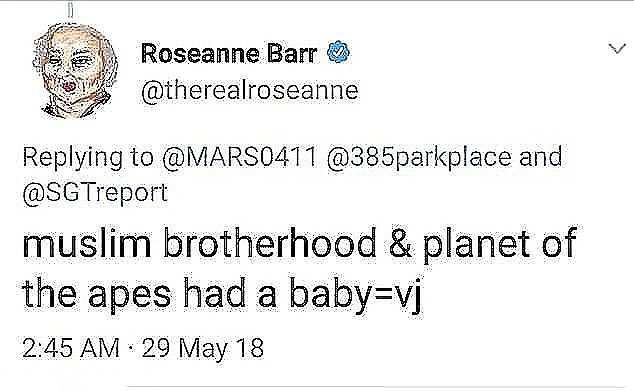 ABC’s falling out with Barr kicked off in May when the actress tweeted that Valerie Jarrett, a former senior adviser to President Barack Obama who was born in Iran and is of African American heritage, looked like ‘the Muslim Brotherhood & Planet of the Apes had a baby’