‘I think what we are witnessing, though, is the slow transformation of Scott Morrison from someone who didn’t understand it at all to someone who is getting some understanding,’ Mr Probyn said on Sunday morning’s Insiders program on ABC.

‘I’ve heard inside some of these (government) meetings Scott Morrison was gobsmacked there was even a gender pay gap, because he can’t understand why you would have women and men paid differently for doing the same job, and you’ve got some of his colleagues say, “Well, Prime Minister, that actually does happen”.

‘So you would have noticed that two weeks ago the Prime Minister actually started talking about the gender pay gap, but maybe a day or so before that he had no understanding that that actually happened.’

Within hours a spokesperson for the Prime Minister said Probyn’s claim is ‘demonstrably false’.

‘The Prime Minister has for many years discussed and sought to directly address the gender pay gap in Australia,’ the spokesperson said.

‘Under our government, the gender pay gap has shrunk from 17.4 per cent in September 2013 to 13.9 per cent in the latest figures.’

Mr Morrison posted a tweet in August 2018 saying he promised the gender pay gap issue was ‘heading in the right direction’.

‘Under Labor, the gender pay gap increased from 15.5 per cent to 17.2 per cent. Under our Government it has fallen to 14.5 per cent and heading in right direction #Moretodo,’ he said.

‘So, the head of the govt, the ‘leader’ of Aust, who repeatedly claims to be working for ‘all Australians’ has openly admitted he has no idea about issues that effort 51 per cent of the population despite being in govt for seven years, including time as Treasurer. Good govt starts here?’ One person wrote. 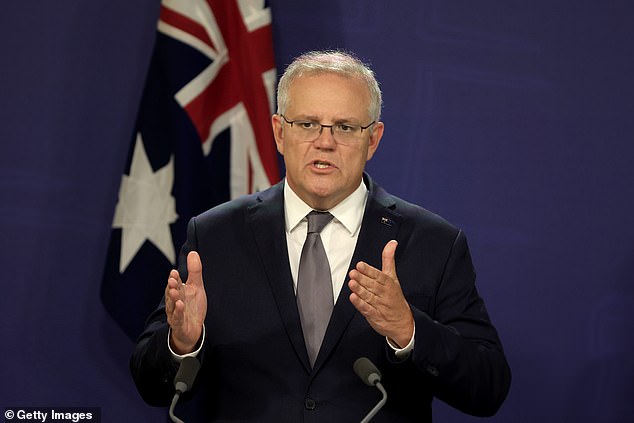 ‘Sorry, but what utter nonsense. How can anyone of his age, and with his political and professional experience and standing not know this?’ Another person wrote.

A new report – titled Gender Equity Insights 2021: Making it a Priority – said gender equality is likely to be an issue in Australia for another 26 years.

It comes after Annastacia Palaszczuk wrote a letter to Mr Morrison calling for National Cabinet to host a gender equality summit.

Ms Palaszczuk posted her letter on Twitter where federal Labor leader Anthony Albanese re-tweeted it with the caption ‘leadership’ in yet another dig at Mr Morrison.

Even though it’s routine for politicians to address each other on first-name terms, some on social media believed Ms Palaszczuk added extra sass to her letter by calling him ‘Scott’ and crossing out ‘Prime Minister’. 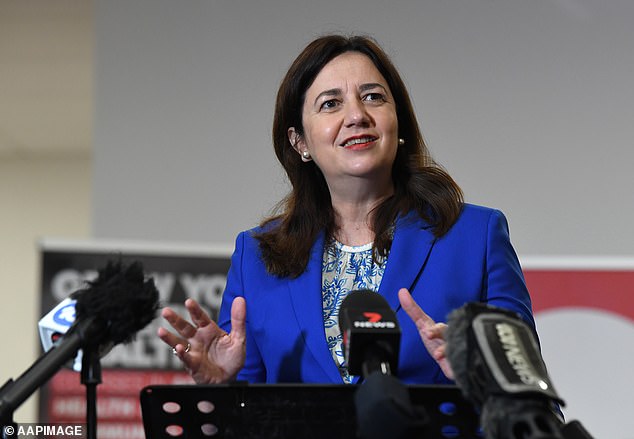 ‘Right now I believe our nation is at a point in time when real and enduring action must be taken to address the economic equality endured by Australian women for far too long,’ the state Labor leader wrote.

A Labor source told Daily Mail Australia the letter was a ‘swipe’ at Mr Morrison because it implied the government was not doing enough to address equality and safety after former Liberal staffer Brittany Higgins alleged she was raped in parliament.

The source said the letter also implies that state governments will need to be involved in finding and implementing national policies to benefit women.