ABC host stuns a guest and baffles the audience after cheeky ‘knob’ joke: ‘Nothing but class’

An ABC news anchor has stunned her guest and audience after making a suggestive ‘knob’ joke live on air.

Weekend Breakfast co-host Fauziah Ibrahim made the suggestive joke during a segment on the Ig Nobel Prize – satirical awards, run by ‘scientific humour magazine the Annals of Improbable Research’ – on Sunday.

The program’s guest, along with co-host Johanna Nicholson, were left speechless after Ms Ibrahim joked about this year’s winning investigation into the optimal way to turn a door knob.

Ibrahim made the joke after the trio observed video footage of 32 volunteers turning 47 door knobs, which led the research team to conclude that more fingers were required to turn bigger door knobs.

The guest stuttered ‘uh’ and ‘yes’ before ignoring the joke and elaborating on the benefits of the research.

‘(It’s) something that’s important in terms of looking at the way we interact with the world and of course it’s important for people who particularly have disabilities or older people who might need a little bit of help with the design,’ she said.

Professor Gen Matsuzaki led the Japanese team that won the engineering award for investigating the optimal way to turn a doorknob.

The winners were one of 10 unusual or trivial achievements in scientific research celebrated at the satirical event.

Viewers were in disbelief after hearing the comment but found humour in the suggestive banter, labelling the joke as ‘outstanding’ and ‘nothing but class’.

‘I thought I’d imagined that. “From personal experience” she said … outstanding,’ one viewer tweeted.

‘I had it playing in the background and couldn’t believe it @ABC – brilliant!’ another viewer commented.

‘Fauziah Ibrahim knows exactly what she just said and we all heard it and giggled,’ a third chimed.

A fourth wrote: ‘Fauziah Ibrahim on #ABC News Channel, on (a) segment on Ig Nobel prize for research on door knob sizes, tries to be funny … Nothing but class.’ 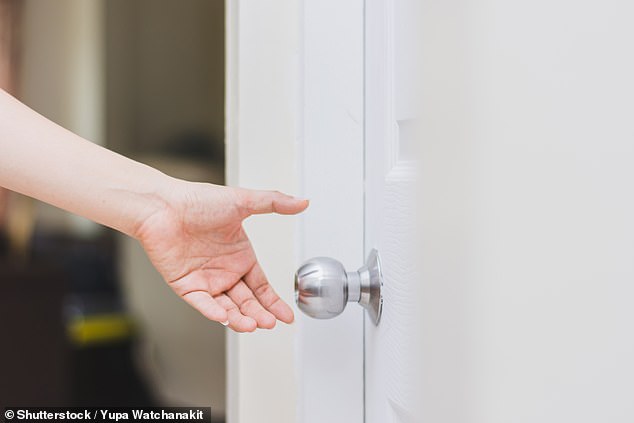 Other viewers argued the comment was inappropriate and made for ‘awkward viewing’.

‘I swear like a sailor but that was not the time nor the place,’ one viewer wrote on Twitter.

A Reddit viewer said they wished the camera had cut to the news desk at the time of the comment so they could watch the awkward reactions of the guest and host.

‘Well I think it’s funny, especially with the awkward reactions from the others. Would be funnier if we had the feed from the desk at the time though,’ the user wrote.

‘Had to do a double take, Awkward viewing,’ a second Reddit user commented. 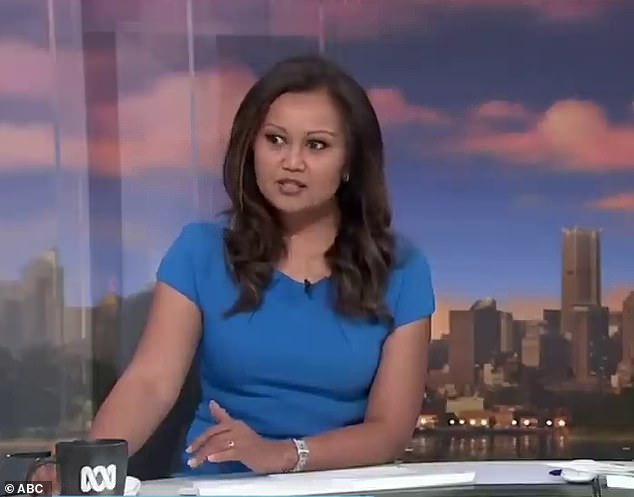 It’s not the first time the news presenter has faced backlash from the public.

Earlier this year, Ibrahim was criticised for making a crude joke about the similarities between a robotic finger and a sex toy during her weekend breakfast show just two weeks after she returned to air following a month break from on-air reporting duties.

Ibrahim was stood down after it was revealed she created two public Twitter lists describing her followers as ‘lobotomised s**theads’ and ‘Labor trolls/thugs’.