A British tourist feared kidnapped in Hanoi after being driven off by a taxi driver during a night out with friends just hours after arriving in Vietnam has been found safe and well.

Connor Leslie, 23, from Aberdeen, was with two friends Matthew Foy and Matt Shuttleton when they were returning to their hotel in the Vietnamese capital around 2.30am local time.

Mr Leslie’s friends got out of the taxi a short distance from the hotel. As they were assisting their friend from the car, the driver sped off.

They have since told MailOnline he has been found safe and well. The circumstances of his disappearance are not yet clear.

Connor Leslie, pictured, vanished just hours after this photograph was taken following a night out with two friends in Hanoi, Vietnam. The 23-year-old, from Aberdeen, has now been found safe and well 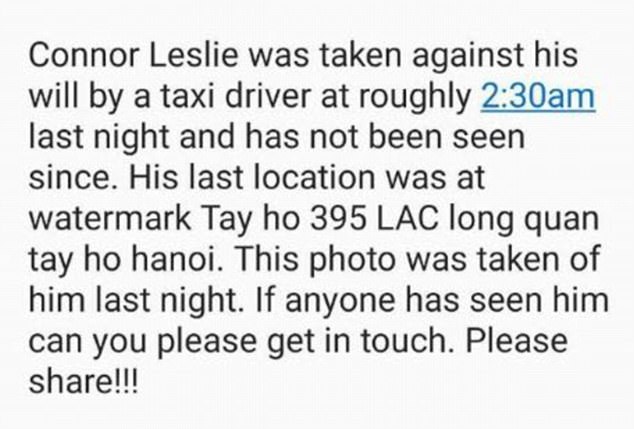 According to his friends, Mr Leslie was sleeping in the back of the taxi when they got out. The driver, they claim, sped off before they had a chance to remove their friend from the car 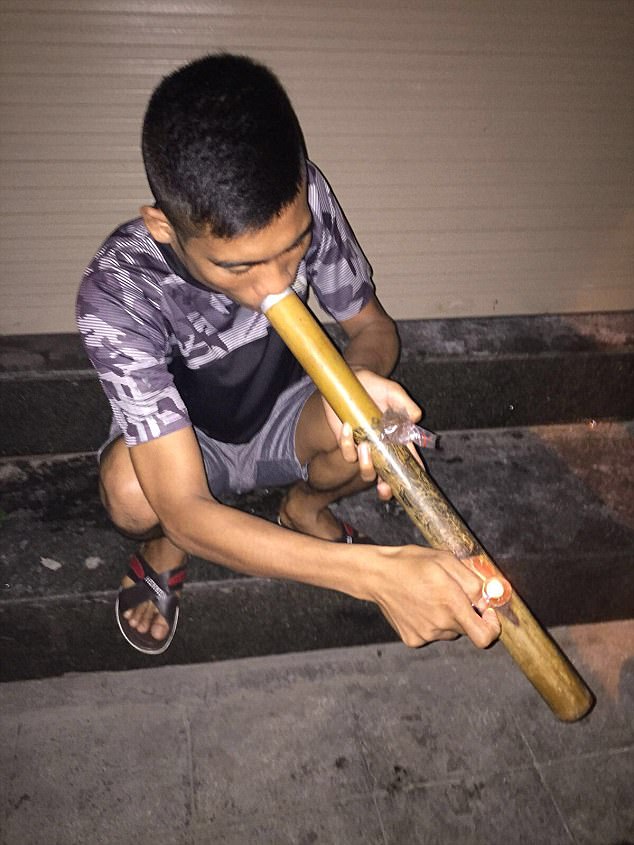 Mr Leslie’s friends took a photograph of the taxi driver, pictured here smoking from an elaborate bamboo pipe, before they got into his car to return to their hotel

Mr Leslie is a maintenance technician with Schlumberger. The Aberdeen office contacted their Vietnam division to help get the appeal to find the missing tourist.

His friends reported the kidnap to the police and are receiving consular assistance from the British Embassy.

Matthew Foy told MailOnline: ‘We were In the town drinking and got a taxi back to the hotel. The taxi stopped about 50 yards from the hotel. It was Connor, Matt and I in the taxi. Matt and I got out but Connor was so drunk he couldn’t move.

‘He was sleeping in the taxi. I tried to pull him out by the arm but he wasn’t moving. We stood there wondering what we were going  to do to get him out when the taxi driver drove away with him in the back 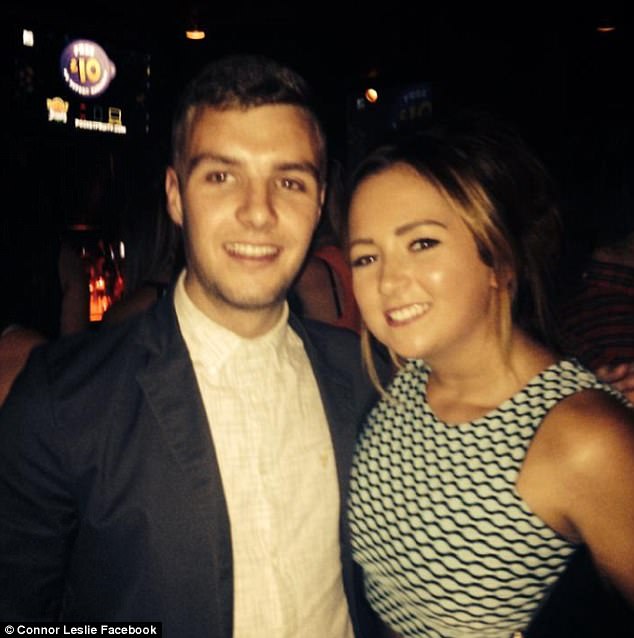 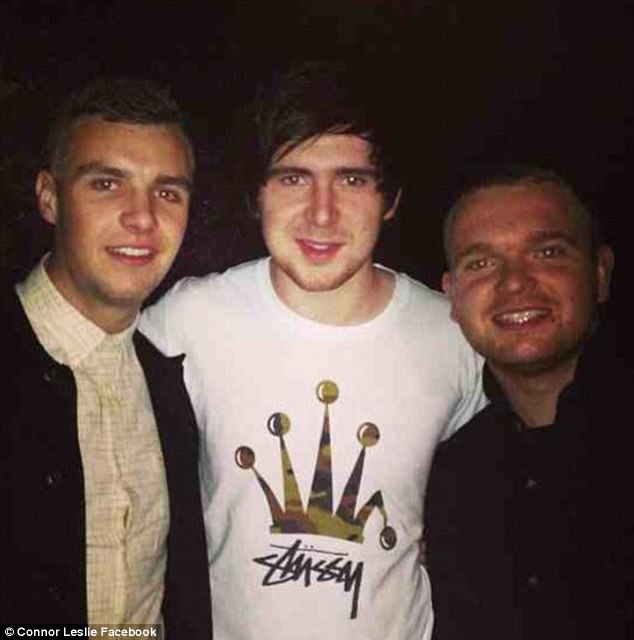 Mr Leslie, left, was sleeping in the back of the cab during the journey back to the hotel

‘The driver was being sound the whole journey and didn’t say anything when he drove away. It was so strange.

‘I’ve been speaking to the embassy who are trying to speak to the police.’

Before getting into the taxi, the friends took a photograph of the driver as a precaution.

Mr Foy added: ‘As we stood outside the taxi waiting for Connor, the driver drove of. Last night was our first night here. We are meant to leave on the 27th and head to Cambodia.’

Mr Foy and Mr Shuttleton searched the city today when they found the taxi driver and brought him to a police station to answer questions about their missing friend.

A spokesperson for the Foreign and Commonwealth Office said: ‘We are assisting the family of a British man who has been reported missing in Vietnam, and our staff are in contact with the Vietnamese police.’