The victim, who is now an adult, started her first day at school just a day after vile paedophile John Barbour raped her when she was four

The victim of a vile paedophile who began raping her the day before she started school as a four-year-old girl has re-lived the horror of her ordeal.

The woman, who is now 38, says she was sexually abused daily from the age of four to seven by 52-year-old John Barbour, who began his three-year campaign of terror hours before a picture was taken of his victim on her first day at primary school.

Barbour, of Aberdeen, who was 19 when he first raped her, was only recently brought to justice – but his victim was horrified to learn he may only serve two years in jail for the crime.

‘He stole my innocence and my childhood and it affects me every day of my life, a life he has ruined,’ she told the The Daily Record, as she recalled how Barbour abused her between August 1984 and December 1986.

‘When someone told me he could apply for parole after two [years] and at most would serve less than three years in jail, I felt as though I’d been punched in the stomach and wondered why I’d bothered to put myself through it.

‘He has made me feel ashamed and worthless all my life, and I was terrified to face him in court, but I knew it was the right thing to do.’

The brave victim, now a mother herself, claimed she had also been intimidated and threatened by family members during the trial. 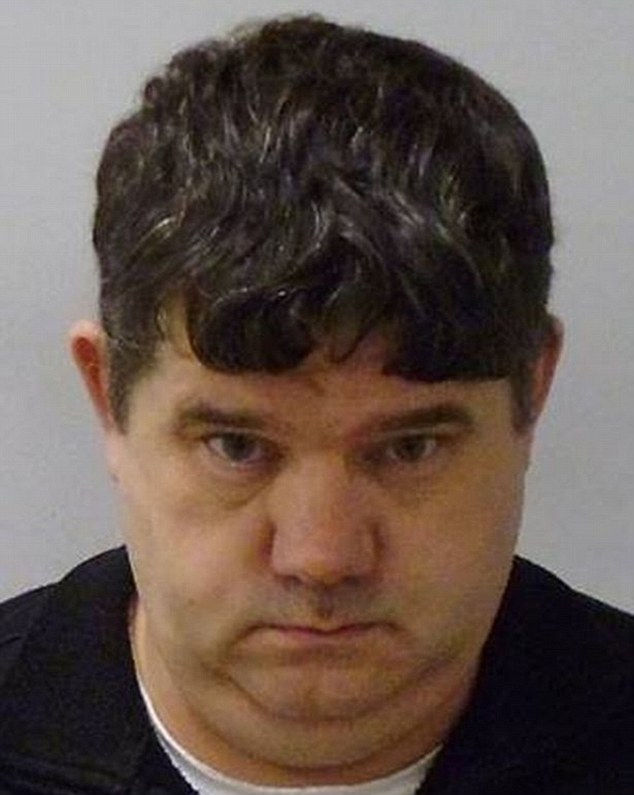 John Barbour was 19 when he first raped his victim, aged four, and continuously attacked her until she was seven

She also feels the justice system is failing to protect victims when sentences are ‘so pitiful’.

However, earlier this weeks the woman received a call from Solicitor General Di Rollo QC, the former head of the National Sex Crimes Unit, who intends to appeal against Barbour’s lenient sentence.

But she says the damage inflicted by Barbour has had a devastating effect throughout her adult life.

Two marriages failed due to her trust issues and she suffers from depression, urine infections and bowel problems.

She also suffered a number of miscarriages which she a attributes to abuse she suffered at the hands of Barbour.

She also claims Barbour, who has also been convicted of child sex offences against another woman, should have faced three more victims in court.

In a victim impact statement read to the court, the victim said that she had to keep the rapes secret until she was 17 because she feared her mother would not believe her.

She told the judge that she was too ashamed to tell anyone when she started her periods at the age of 11, because she thought it was due to the abuse Barbour inflicted on her.

When she turned 12 she developed an eating disorder because she was so full of self-hatred.

The victim Said her mind was ‘tortured’ all of the time and she blamed herself even more the older she got.

She said Barbour would sometimes give her bags of 20p and 50p coins from his job supplying fruit machines and threatened to hurt her if she ever told her mother.

She said taking the money made her feel like a child prostitute and even more ashamed of the abuse which took place daily.

When she turned 17, she go drunk on neat vodka to numb the pain and told her mother.

She admitted hating her mother, who is now dead, for failing to protect her.

The Crown Office said: ‘We will consider the sentence and give consideration to whether it might be unduly lenient.’