She was pictured ‘by his side’ when he won the biggest fight of the summer, against Conor McGregor.

But ex-TOWIE star Abigail Clarke appears to have confirmed that she and Floyd Mayweather have gone their separate ways after a short fling.

Insisting that she will never be a ‘kiss and tell girl’, the 26-year-old surgery fanatic revealed this week that she was taking a break from relationships.

‘I met Floyd last year in Vegas…’ she told Closer magazine. ‘I’ve had a lot of relationships with high-profile men, I attract the – I don’t know why – but I keep it quiet. I’ll never be a kiss and tell girl.’

Representatives for Abi Clarke and Floyd Mayweather have been contacted by MailOnline for comment.

The article goes on to state that Abi is ‘taking a break from relationships’ as she turns her focus to fitness and achieving a perfect hourglass figure.

Abi was showing off her new £10k Brazilian bum lift – done in late August – in the nude shoot, as she confirmed: ‘Whenever I go through break-ups I have surgery.’ 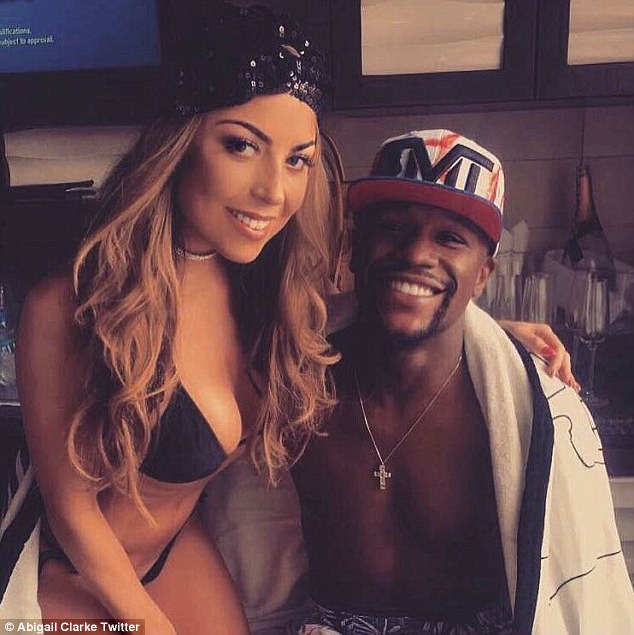 Going well? Abigail posted thisa throwback snap of herself cosying up to ‘boyfriend’ Floyd Mayweather after he beat Conor McGregor in Vegas fight in August 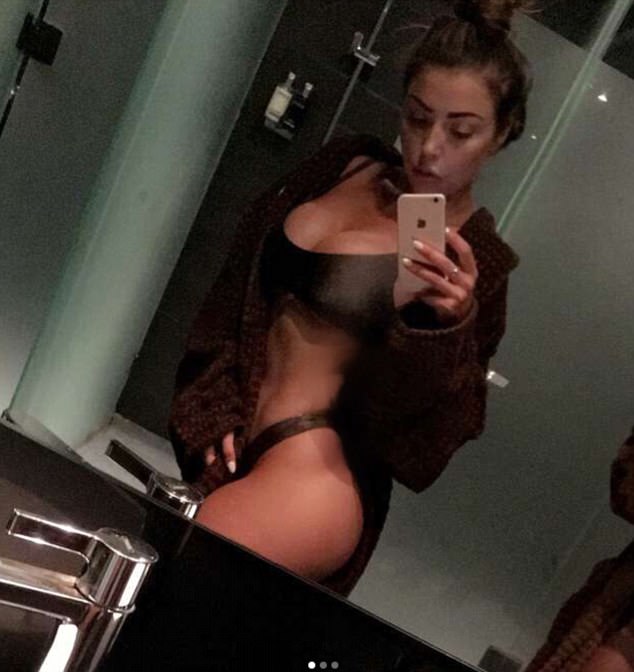 Surgery fan: Abi, who has just had a Brazilian bum lift, says she always gets surgery after a break-up

The reality star is also known to have had a boob job, liposuction and lip fillers, which she attributes to a series of relationship break downs.

Now Abi says her body is the envy of women and the desire of men, who ‘almost crash their cars’ when they see her.

‘The girls all love my new bum,’ she added. ‘[Ex-TOWIE star] Lauren Goodger texted me, saying: “Let’s train together, your a**e looks amazing.” When you grow up in Essex, surgery is normal.’

Abi first raised suspicions that she was dating Floyd in July, when it was revealed that they had shared a string of dates. 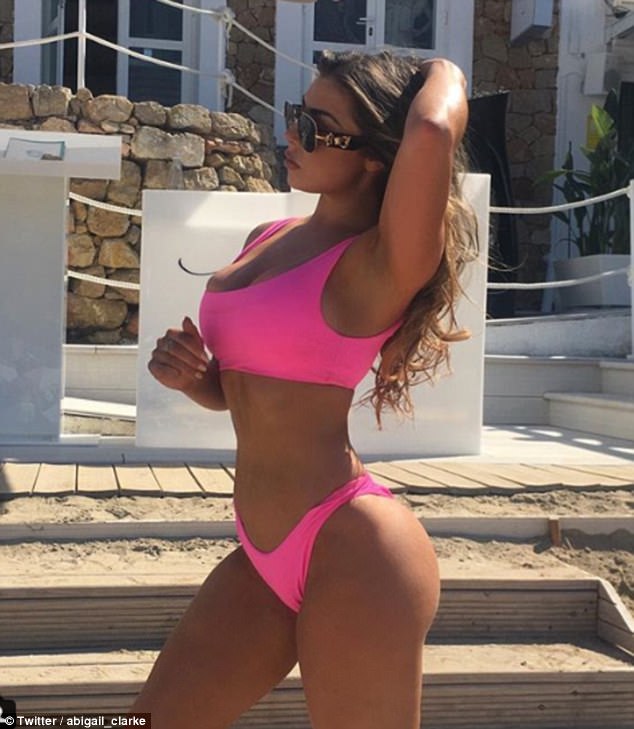 ‘They hit it off’: Abi reportedly met Floyd during a girls’ holiday to Vegas last year following her split from long-term boyfriend Rob Davies last year. 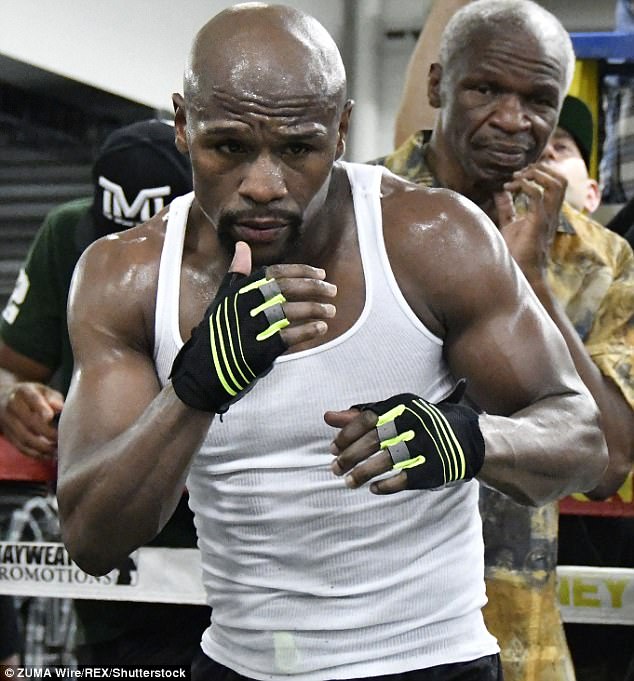 Couple alert: Floyd is thought to have flown her back out to the States to see him multiple times since, and has even introduced her to his family

‘Abi and Floyd really hit it off and she was blown away by his sense of humour and generosity,’ a source told The Sun at the time.

‘She was in a fragile and vulnerable place and Floyd has made her feel confident again.’

The source added: ‘He made sure they were friends first, before trying to take it further. He’s really helped mend her broken heart and heal her scars.’

At the time, it was claimed that Abi hoped to support Floyd at his boxing match with Conor in late August.

Though when the 10-round Vegas fight came around, she shared a throwback snap of herself cosying up to the rumoured love interest, instead. 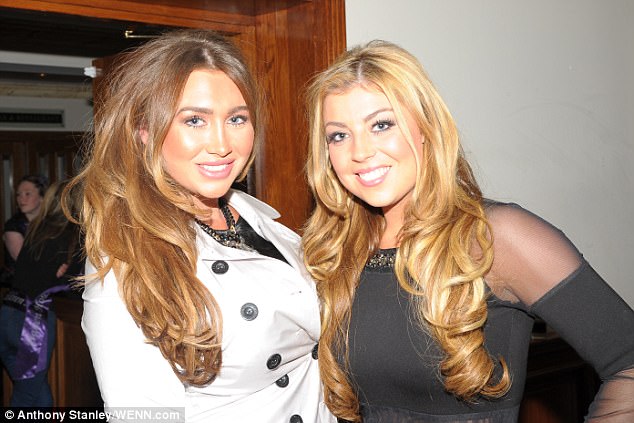 ‘When you grow up in Essex, surgery is normal’: Abi says that former ex-TOWIE star Lauren Goodger is desperate for a similar £10k bum

The reality star, 25, who was in Essex at the time of the fight, wore a skimpy bikini which flashed her busty cleavage for the picture.

Abigail – who enjoyed a fleeting stint on The Only Way Is Essex in 2013 –  perched on a seat alongside Mayweather and placed her arm around his shoulders.

Taking inspiration from a typical ‘ring girl’, the British beauty was scantily dressed in a barely-there black bikini top which showcased her surgically enhanced assets.

Floyd looked like the cat that had got the cream as she posed with the glamorous Essex girl.

Abigail split up with long-term boyfriend Rob Davies last year but Abi was away on a girls’ holiday in Dubai when she met Mayweather.

Having really ‘hit it off’ at a pool party, Floyd is thought to have flown her back out to the States to see him multiple times since, and has even introduced her to his family. 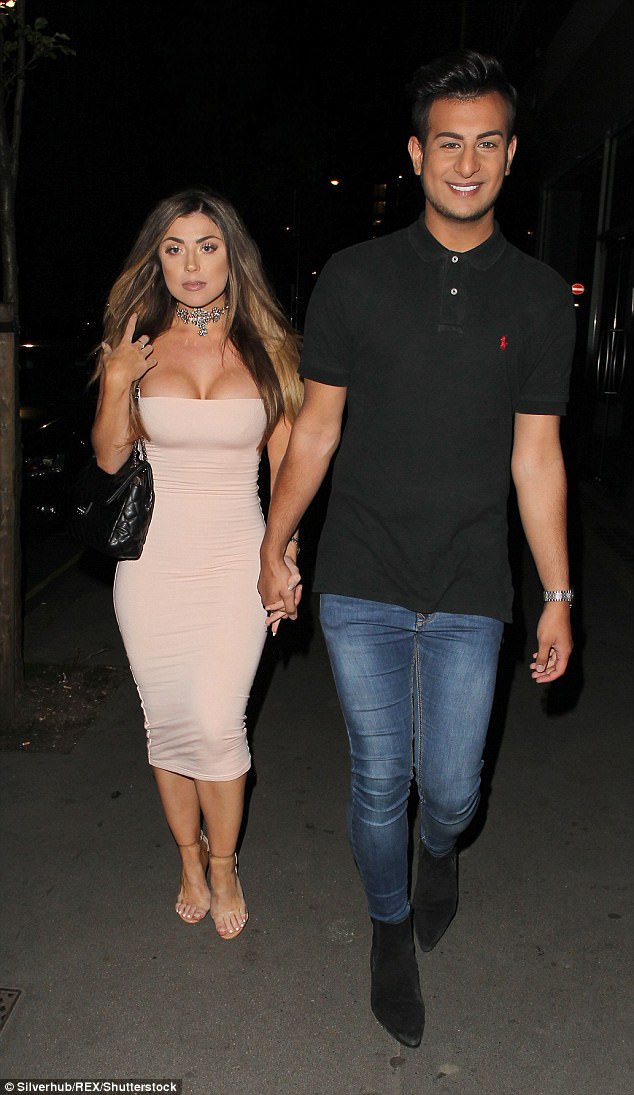 Starting slow: The insider also added that despite the boxer’s ‘party animal’ persona, Floyd’s care for her was helping her get over her split from footballer boyfriend Rob (with pal Junaid Ahmed) 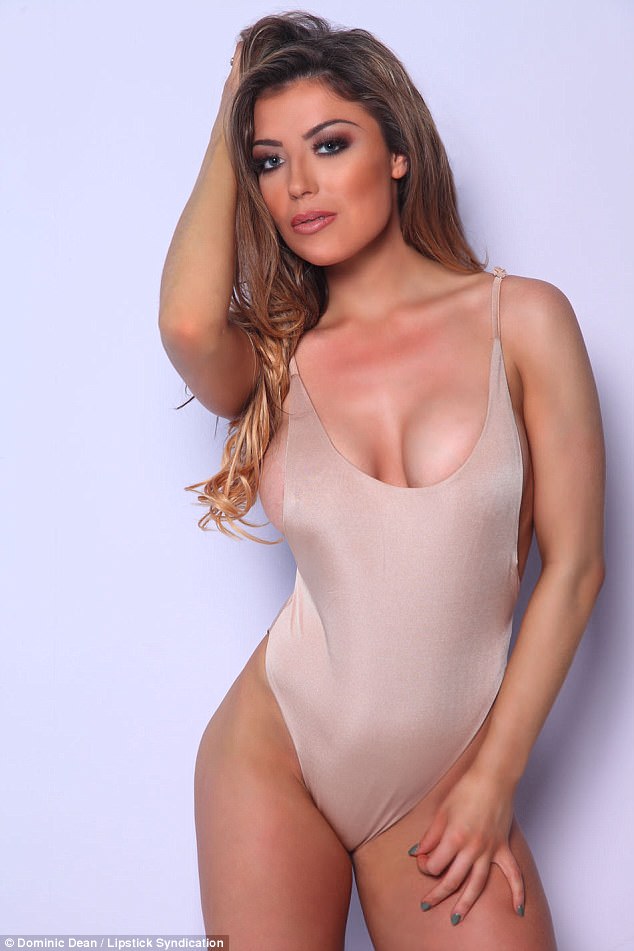 Looking good: Ahead of flying out to Vegas, Abigail couldn’t help stealing the spotlight away from Floyd, as she showcased her toned physique in a steamy swimwear shoot