This newspaper spent the equivalent of £1 million today sending a team of journalists and mountaineers on an expedition to the Himalayas in 1954 to find the Abominable Snowman.

They were gone for 15 weeks and were accompanied by ornithologists, zoologists and 370 porters, who carried tranquilliser guns and a cage.

‘If a live Abominable Snowman was caught,’ says author Graham Hoyland, ‘it was to be shipped back to London to be examined.’

Unfortunately, the team, which included the paper’s poker-playing foreign correspondent who appeared at base camp wearing a silk cravat, a golfing jacket and a pair of plimsolls, returned home empty-handed.

In Graham Hoyland’s book, Yeti – An Abominable History, he discusses the Daily Mail expedition to the Himalayas in 1954

To this day, there has never been any solid, direct evidence for the existence of the large, unknown primate, which allegedly stalks Bhutan and the regions on the Tibetan border, east of Kathmandu, at an altitude of 19,000 feet. The terrain covers hundreds of square miles, and is seldom seen by Western eyes, but rumours nevertheless persist.

In 2013, Sir David Attenborough said: ‘I believe the Abominable Snowman may be real.’

Those who wish to scoff need to be reminded that Europeans thought the giraffe was an improbable-sounding creature until the mid-19th century.

Giant pandas were first seen by a Westerner in 1916 and a Komodo dragon in 1910.

There are ‘plenty of precedents for legendary animals such as the yeti eventually being accepted by scientists’, says Hoyland.

Yet, from the outset, the yeti (the Tibetan yeh-teh means ‘little man-like animal’) has been reported as if it were a creature from mythology. It is said to be 7ft tall and covered with reddish hair. It can kill a yak with a single blow of its claws.

Rumours about the Abominable Snowman began to circulate in Britain in 1832, when a diplomat sent back an account of ‘the wild man of Nepal’ who could run ‘with incredible speed to hide in mountain caves’.

Newspapers embellished tales of ‘hairy murderers’ and the yeti and his habitat entered the imagination of Conan Doyle, Rider Haggard, Jules Verne and, of course, Hergé’s Tintin.

Tibet was the kind of remote realm where monks ‘practise levitation and clairvoyance’. It was a never-never land. 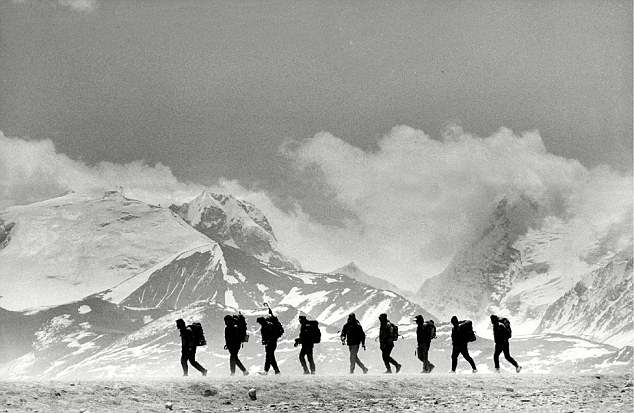 Journalists ventured for 15 weeks accompanied by ornithologists, zoologists and 370 porters, who carried tranquilliser guns and a cage in hopes of bringing the snowman back to London

When Sir Daniel Day-Lewis’s father Cecil Day-Lewis published a thriller, The Case Of The Abominable Snowman, in 1941, it was clear that ‘the term had entered the public mind’.

Nevertheless, as Hoyland shows, no limits may be placed on human credulity, and so the yeti was a gift to hoaxers. An Oriental sage and author called Lobsang Rampa, who claimed to have intimate knowledge of Himalayan arcana, was eventually unmasked as Cyril Hoskins, a plumber from Devon. ‘Cyril didn’t possess a passport, hadn’t ever been to Tibet and couldn’t even read or speak the language.’

The worst culprit was Eric Shipton, whose pictures were taken so seriously that the Mail’s great adventure in 1954 was launched on the back of them.

Though Shipton was a mountaineer, it transpired that he was embittered and out for revenge, as he’d been dropped from the team who accompanied Sir Edmund Hillary on his ascent of Everest. Shipton’s yeti footprint was faked using ‘a primitive kind of snow-shoe’ or moccasin.

Sir Edmund had never liked him anyway. Shipton used to think it hilarious to offer exhausted climbers a tot of whisky, which would turn out to be cold tea. Sir Edmund looked at the footprint photograph and stated: ‘There’s no animal could walk with a foot like that!’

Nevertheless, yeti hunting was a good way of raising money for expeditions and, in 1960, Sir Edmund himself headed such a team. 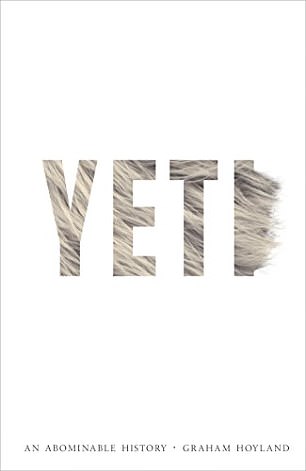 However, his prosaic conclusion was that, though the yeti forms a large part of Sherpa folklore, the creature is, or was, in all probability a Himalayan bear.

There are very few of these remaining because of the Chinese trade in medicinal bear bile.

Just as the Loch Ness Monster generates £25 million a year for the local tourist trade, so yeti sagas are good for business in Bhutan, where the Sakteng Wildlife Sanctuary boasts it is ‘the only reserve in the world created specifically to protect the habitat of the yeti’.

My own theory, for what it’s worth, is that the Abominable Snowman is Brian Blessed, who, by his own account, clambered up Everest without needing either extra oxygen or a lavatory tent.

He is so much larger-than- life-size, and his footprints, like Nessie’s, could well be counterfeited by using a hippopotamus umbrella stand.