Aboriginal man dies after being found unresponsive in cell

A young father who was found unresponsive in his cell before dying in hospital has become the third Aboriginal man to die in custody in as many months.

Daily Mail Australia understands Tane Chatfield, 22, took his own life in Tamworth Correctional Centre at about 9am on Wednesday.

The father-of-one was resuscitated and taken to Tamworth Base Hospital, where he died on Friday.

In a statement, a spokesman for Corrective Services NSW said Mr Chatfield’s death is being investigated, but is not being treated as suspicious.

‘The Corrective Services Investigation Unit, which is part of the NSW Police Force, is investigating and will prepare a report on the death,’ the statement said.

‘The death is not being treated as suspicious. All deaths in custody are referred to the NSW Coroner.’

However, a post on a GoFundMe page set up by Mr Chatfield’s family claims that the circumstances surrounding the young man’s death are ‘very suspicious.’

His sister Christine wrote that his death was ‘premature and preventable.’

She added that Mr Chatfield had been visited by his sister Marisha Vale the night before he was found unresponsive. 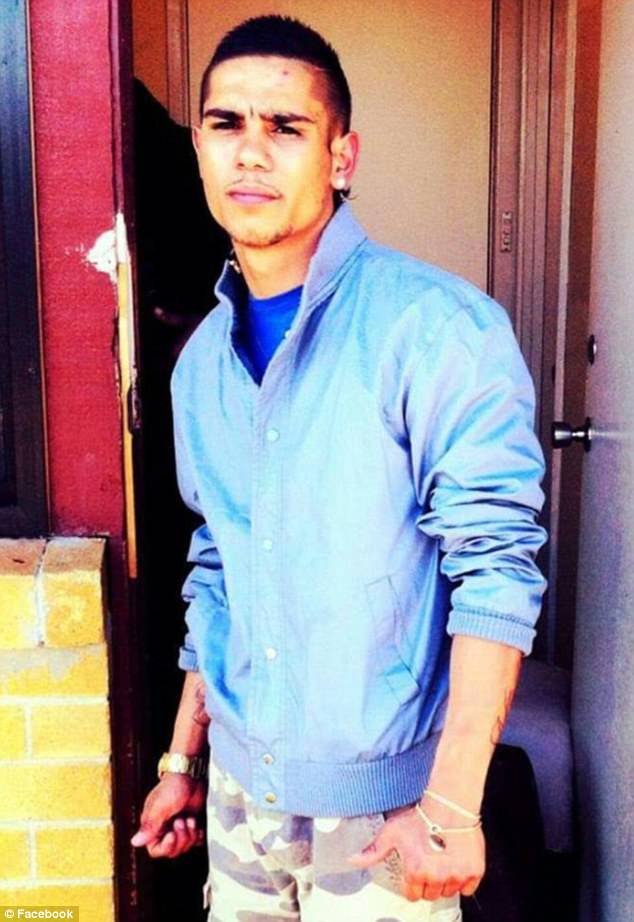 ‘[She] visited him not knowing it would be the last time she spoke to out brother,’ she wrote.

‘My brother had passed away under very suspicious circumstances & in his own way has left a lot of indications that his death was not in vain nor was it self-inflicted.

‘This all happened while he was under the care of the Tamworth Correctional Facility and we will not get rest until we get the justice for our brother that he deserves.’

She added: ‘My poor brother had his whole life ahead of him which was taken selfishly and inhumanely.

‘Now his baby son misses out on the privilege of growing with a father.’

Around 200 people, including Mr Chatfield’s family members, protested outside the Tamworth jail on Saturday, demanding answers about what happened, Buzzfeed News reports. 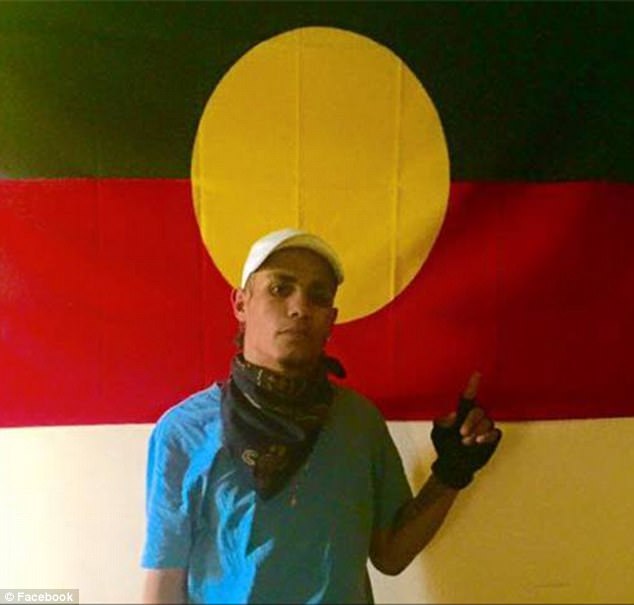 Corrective Services NSW said Mr Chatfield’s death is being investigated, but is not being treated as suspicious 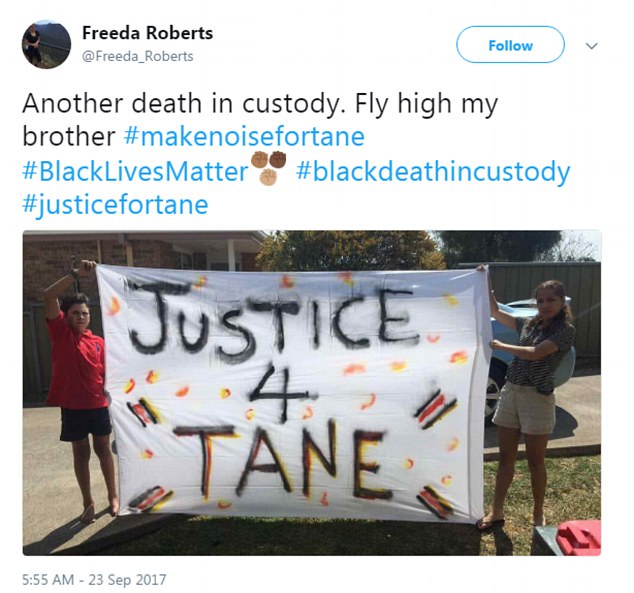 Tributes were paid to Mr Chatfield on social media with calls for answers under the hashtag #JusticeForTane.

He had been due to appear in court on Thursday after a two-week trial where he was accused of an alleged robbery.

Mr Chatfield leaves behind a large family – his wife Merinda, his baby son as well as six sisters and six brothers.

He had been raised by Nioka Chatfield, his father’s partner, since he was a baby.

She described him as a talented state-level football who dreamed of making it to the NRL.

‘He loved and worshipped me as his mother, and I have a bond with my son, I called him my golden boy,’ she told Buzzfeed.

‘And he is the boy I want people to know. He wasn’t a criminal.’

He is the third Aboriginal man to die in custody in the past three months, according to the ABC.

A 47-year-old man died in a watch house in Adelaide in August and in July, 35-year-old Eric Whittaker died in Westmead Hospital after an incident in a Western Sydney jail.

If you require support and information about suicide prevention, contact Lifeline on 13 11 14.