About six percent of Miami-Dade’s population have coronavirus antibodies

About six percent of Miami-Dade residents have antibodies against coronavirus, 15 times more cases than the official tally, preliminary results of a new study find.

On Friday, the University of Miami said they estimated about 165,000 people had been infected at some point with COVID-19, the disease caused by the virus.

That’s much larger than the 10,600 confirmed cases that have been reported by the Florida’s health department.

The area studied by researchers includes the beaches in the Sunshine State where thousands of Spring Breakers flocked despite stay-at-home orders enacted in their own states.

The University of Miami looked at two weeks of coronavirus antibody testing in Miami-Dade county, during which 1,400 people were tested. Pictured: Dr Natalia Echeverri (right) tests Silvia Stagg (left), who is homeless, for coronavirus in Miami, Florida, April 17 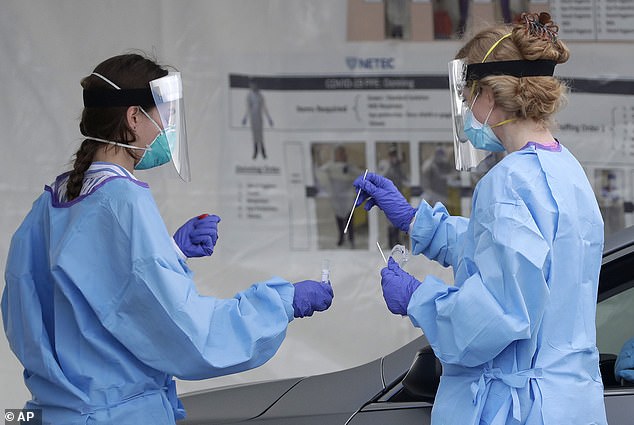 Researchers said the true infection rate is between 4.4% and 7.9% of the county’s population, with 6% being the best estimate. Pictured: A healthcare worker put a test swab into a container after swabbing someone at a drive-through COVID-19 testing site in Miami, Florida, April 8 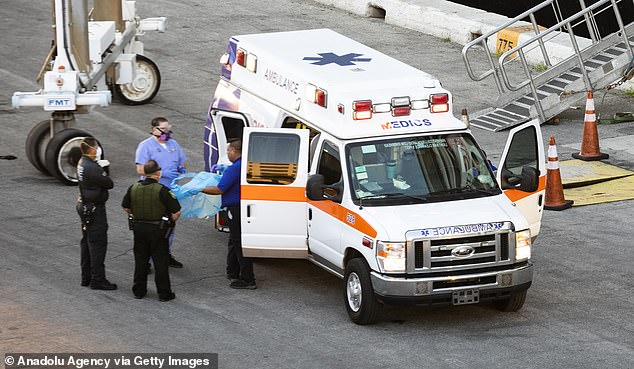 That means that bout 165,000 people had been infected at some points, 15 times more than the 10,600 confirmed by county officials. Pictured: An ambulance is seen waiting in front of M/S Rotterdam Cruise Ship at Port Everglades in Fort Lauderdale, Florida, April 2

Health officials say the test, known as a serology test, could help scientists understand how widespread the virus is, how many people come into contact with the virus and don’t get sick, and how long patients remain immune after they recover.

This is important because it could allow immune people to leave their homes and return to work and shore up the workforce as well as help healthcare workers determine if they are immune.

For the study, researchers looked at two weeks of antibody testing in Miami-Dade county, during which 1,400 people were tested.

About half of those who tested for antibodies said they had no symptoms in the two weeks before they were examined.

Next, the University of Miami team used statistical methods, which accounted for the limitations of the test.

They determined that the true number of infections in Miami-Dade is actually between 4.4 percent and 7.9 percent of the population.

Researchers say the best estimate is around six percent, which would mean there are about 165,000 estimated infections in the county.

Accounting for any margin of error, there are 123,000 residents likely infected on the low end and 221,000 residents on the high end.

This will be conducted weekly, with residents volunteering to be screened for signs of past COVID-19 infection, whether or not they’d ever been tested for the virus.

It comes on the heels of similar tests performed in other states including California and New York.

In California, tests in Santa Clara County and Los Angeles County found that the true infection rate was likely around four percent.

That’s anywhere from 50 to 85 times higher than the number of cases reported in the two counties. 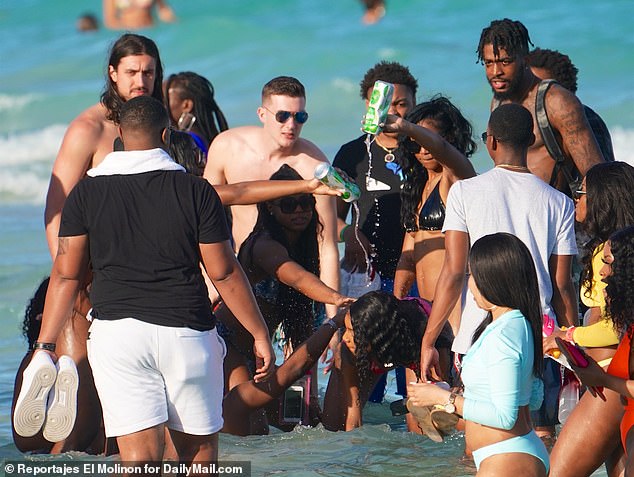 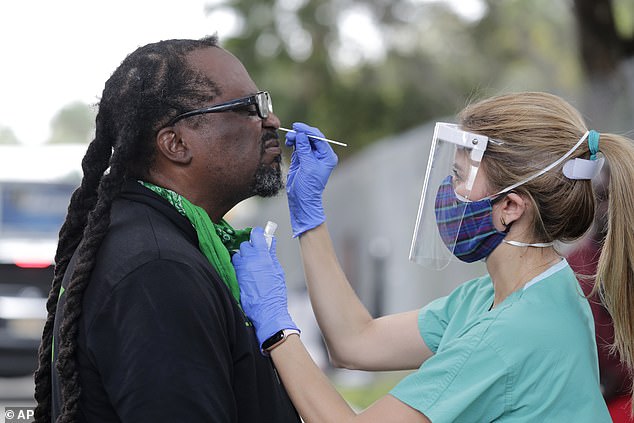 Results showed Miami-Dade is not at the 60% infection rate needed for herd immunity to prevent the spread of the virus. Pictured: Dr Natalia Echeverri (right) tests Sammy Carpenter, who is homeless, for coronavirus in Miami, Floria, April 17 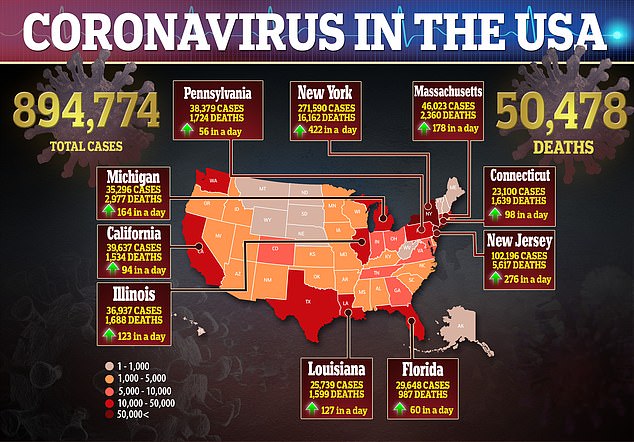 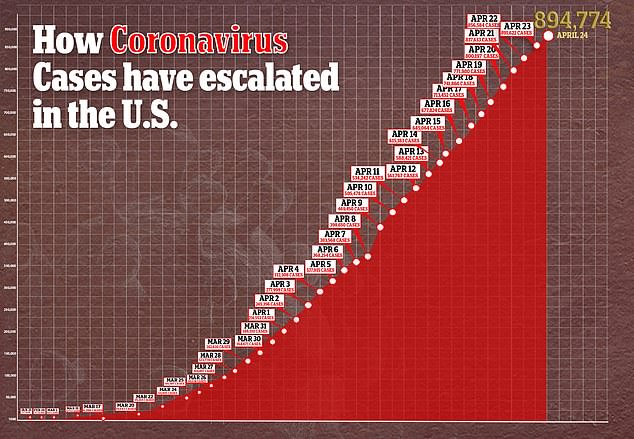 Meanwhile, in New York, researchers found that one-fifth of all those who were tested for antibodies had them.

That means the true number of coronavirus infections in the Empire State could be as high as 2.7 million.

‘Whatever measures we’re going to do to open up, especially the outdoor spaces, is going to be done with those measures in mind,’ he said, according to the Miami Herald.

‘You’re not going to be able to get close. You’re going to have social distancing.’

The findings also showed that Miami-Dade is not at the 60 percent infection rate needed for herd immunity, which when the vast majority of a community is infected or vaccinated so that, if a disease is introduced, it is unable to spread.