Two window repairers were moments away from plummeting ten-storeys after a couple cut their ropes seconds before they were set to abseil down an apartment building.

It was only a last-second check before stepping over the edge that saved the pair from catastrophic injuries.

The shocking incident in South Melbourne on Friday is now being investigated by police, Karen, the mother of one of the abseilers said.

‘They would’ve been quadriplegics,’ she told 3AW radio.

‘All the units had been warned there would be guys doing work on the windows.

‘My son looked over just before he jumped and a couple they had seen standing on the balcony had cut all of their ropes.’

Karen said her son Bryce and his partner Carlos spoke to the couple just moments before they were set to step over the edge.

‘They got a look at them. It was an Asian lady and her partner and my son tried to communicate that the ropes would only be there for a few minutes.

‘But they completely ignored them and then as Bryce threw his ropes over and looked down he saw Carlos’s ropes were cut.

‘I’m still shaken up because I can’t believe someone could be so ridiculously stupid.’

Karen believes the couple live at the residential apartment building and said police have taken a statement from her son. 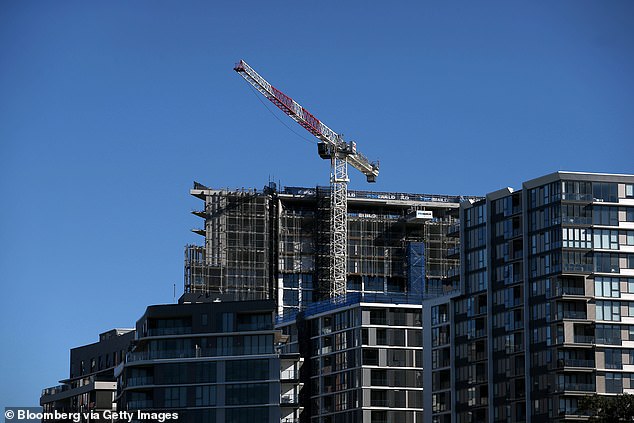